TIPS TO GET RID OF BAD HABITS IN 40 DAYS

The topic may disappoint some among us who feel that there is really a magic wand which can eradicate all bad habits created, developed and characterised by Almighty MIND, As we talk about investing full 40 odd days to eradicate a bad habit. The habit can be any frequent temptations which our mind force us to surrender to, whereas we cannot help much to exercise our choices and are totally driven by our unfaithful mind.

But some will certainly not question the point of investing 40 days in it those who understand the mighty power of mind and know that to eliminate a habit, we first have to control our mind, its thoughts, and then only we shall be able to control the actions driven by those thoughts. As it is rightly said – whatever we think frequently is converted into our actions, and whatever actions we do frequently, is converted into our habits. And finally those frequent habits build our character and decide our destiny.

The above three characteristics of Mind make those bad habits die hard. And there is a lot of effort required to get rid of one without taming our mind. As Mind control is a very vast subject and cannot be covered just inside a hub – a book by Swami Sivananda can be referred to understand its intricacies. The title of the book is “ Mind- Its Mysteries and Control”. It can also be freely downloaded from the link http://www.dlshq.org/download/mind.pdf.

Have you ever failed in between while making resolutions

Now these habits can be anything. Its not that the plan can be used to kill a bad habit only, but it can also be used to adopt a good habit. That can be adopting the habit of waking up early in the morning and do meditation or to jog regularly or to adopt the practice of sticking to our schedule we had made once to organise ourselves. It is said that if we do regularly something for minimum of 40 days, then that becomes our habit. Now the information from my side is that it is not just said but is very much true also ( already tried and tested by me), the only condition is that even if we fail once in our plan, we should start that plan once again from day1.

We have divided the 40 days period in three stages as mentioned below:-

FOCUS ON GOALS – THE ACHIEVABLES

To implement really the above plan – one should actually focus on the goals which he wants to achieve after adopting or shedding a particular habit. A person who wants to adopt the habit of work out regularly may have an ultimate goal of reducing weight or having a physically fit body.

At first stage one should take the resolution to avoid falling into the trap of a bad habit by strictly controlling his mind. And one should commit himself to maintain that kind of discipline for next 40 days until he get rid of his bad habit. As Mind will resist that kind of discipline very aggressively as per its nature, there are chances of frequent failures at least in first 15 days. But one should focus on his ultimate goal, which will further motivate him to rise again with greater determination.

Always remember below line while you face failure:-

“Those who fail once and do not try again are the real losers rather than those who believe in trying again and again until victory touches their feet.”

In this way our focus for first 15days should be totally on our resolution, if we fail once, we should start again from day zero keeping in Mind our ultimate Goal or achievables. It is for sure that if first 15days are passed successfully without any failures in between, it will be easy to proceed further as our body and mind will adapt itself to that kind of discipline in these 15 days.

For the next 15days one should focus on his practice only- In Hindu Scriptures, we call it ‘Sadhana’ ie a practice or process to achieve something. He should ensure that in any case his Sadhana should not be broken in between.

Last ten days will be as difficult as the first 15days. As after reaching this stage a person generally gets the notion that he has acquired the desired habit successfully or he has eliminated the undesired habit successfully. Ironically it is that crucial time when our Mind plays with our overconfidence and chances are high that we may be trapped with the thought that now we are no more addicted to a bad habit and can easily and wisely exercise our choice of getting indulged and then getting out of it. THIS IS VERY DANGEROUS. Hence at this stage it is advisable to remember at all times our ultimate GOAL – ‘Sadhya’ for which we have gone through all the discipline. It is at this point that we have to make conscious efforts to face and diffuse all tactics of our MIND. The grooves and patterns of bad habit in our mind, which we have filled after the discipline of so many days, may once again start building if we even once succumb to temptations in the misconception of exercising our choice on will. The third characteristic of mind of craving more will not allow us to come back. Victory over mind by conscious efforts is victory over bad habits. 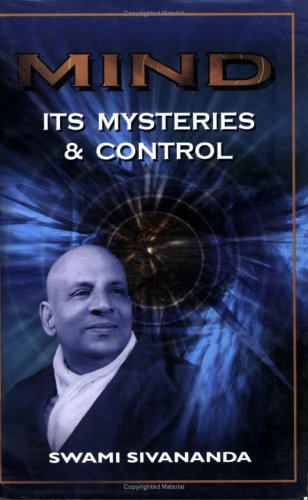 Hence in the words of Swami Sivananda- I conclude it quoting –