The day my life changed began like any other. I got up and prepared to begin my day in prayer and study, just as I always did. My favorite fig tree had already been claimed by a Rabbi and his students, a common problem this close to Jerusalem. I thought about home. It wasn’t quite so crowded in the Galil. Maybe it was time to think about going back. On this particular day, I was studying the story of Jacob’s ladder. Jacob was a man who fascinated me. I consider myself an honest man, and Jacob’s antics encourage me to stay that way. It was amusing to read how his lying, deceitful ways got him into all kinds of trouble. What a con man! It was a nasty trick Laban played on him, but he sure deserved it. Still, God had chosen him to become the father of our nation, so that is what he would be. It is a comfort to know that God can use us no matter how messed up we are. His power and forgiveness knows no bounds. Anyway, the passage I was reading in the Torah that day was from the book of beginnings, Genesis. Jacob has just fleeced his brother Esau out of his inheritance and is running for his life. His brother vowed to murder him but mom found out and sent Jacob away until Esau calmed down.

43 The next day Jesus decided to leave for Galilee. Finding Philip, he said to him, “Follow me.”

44 Philip, like Andrew and Peter, was from the town of Bethsaida. 45 Philip found Nathanael and told him, “We have found the one Moses wrote about in the Law, and about whom the prophets also wrote—Jesus of Nazareth, the son of Joseph.”

46 “Nazareth! Can anything good come from there?” Nathanael asked.

47 When Jesus saw Nathanael approaching, he said of him, “Here truly is an Israelite in whom there is no deceit.”

Jesus answered, “I saw you while you were still under the fig tree before Philip called you.”

50 Jesus said, “You believe[a] because I told you I saw you under the fig tree. You will see greater things than that.” 51 He then added, “Very truly I tell you,[b] you[c] will see ‘heaven open, and the angels of God ascending and descending on’[d] the Son of Man.”

What does it Mean?

Read about Jacob in Genesis

. “Jacob left Beersheba and set out for Haran. When he reached a certain place, he stopped for the night because the sun had set. Taking one of the stones there, he put it under his head and lay down to sleep. He had a dream in which he saw a stairway resting on the earth, with its top reaching to heaven, and the angels of God were ascending and descending on it. There above it stood the LORD, and he said: “I am the LORD, the God of your father Abraham and the God of Isaac. I will give you and your descendants the land on which you are lying. Your descendants will be like the dust of the earth, and you will spread out to the west and to the east, to the north and to the south. All peoples on earth will be blessed through you and your offspring. I am with you and will watch over you wherever you go, and I will bring you back to this land. I will not leave you until I have done what I have promised you.” When Jacob awoke from his sleep, he thought, “Surely the LORD is in this place and I was not aware of it.” He was afraid and said, “How awesome is this place! This is none other than the gate of heaven.”(Genesis 28:10 – 17)

Jacob probably thought Esau would never forgive him and let him come home. I wonder how difficult it was for him to be forced to leave his home and everything he ever knew. Did he feel guilty for what he had done to his brother; did he know he had crossed a line and wish he could go back? Was he worried about what would happen to him? I am surprised he slept at all that night, even if he could get comfortable on a rock pillow. I think I would have been scared to death to meet God in a dream like that even if I hadn't stolen so much from my brother. I would probably be convinced I had died and was facing judgment. He must have been suffering enough from his banishment though. Not only does God not rebuke him for what he did, he promises him that he will return someday and that he and his descendants would own all that land. God promises to be with him, and that all the people on earth would be blessed through him.

I was thinking about this when my friend Philip came running up. He was all excited and was talking so fast I almost couldn’t understand him. He said he had found the Messiah, the one Moses and the prophets had written about. He claimed it was Jesus, the son of Joseph, from Nazareth. I knew he had to be pulling my leg. Nazareth wasn’t too far from our home town of Bethsaida. It was definitely on the wrong side of the Sea. I had heard my share of stories growing up about Nazareth. None of them were good. I said as much to Phillip. He knew the reputation of Nazareth as well as I did, still he insisted. “Come and see,” he said. So I did. That was when my life changed, forever. I knew in an instant, this man was the Son of God. He knew who I was, and what I had been doing. He knew I was not at all like Jacob. He promised I would see things even greater than Jacob had. From that day forward I followed Jesus. I saw him condemned to die, just like he said. I was there, in the locked room after his death, when he appeared to us, alive again, having conquered death and the grave. I saw him ascend back into heaven and sit at the right hand of God. Then I preached his gospel throughout the world for the rest of my life. I died for him, flayed with a whip, but I never regretted the choice I made that day. I never looked back. It was all worth it, after all, he was the Son of God.

Thank you for reading my hubs on John chapter 1. You can continue to chapter 2 to read about the Wedding in Cana.

Be Alive (John 1-12): Get to Know the Living Savior (The BE Series Commentary)
Buy Now 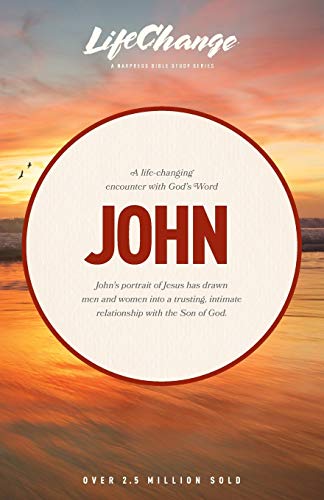