Polly Teda was a woman well groomed in the liberal arts education at Harvard University in America. She'd a professional qualification in accounting before returning to her home country. She was tagged a best seller. By the age of 33, she had become a popular woman in the society. The newspapers and gossip magazines carried one story or the other about her private, public and professional life to boost their sales.

Polly had a lot going for her, a big family name, the pride of position as head of a major banking institution and leader of many philanthropic women groups. She was the average mother's success story for her daughter. The manufacturers of baby dolls had quickly made one fast selling Polly Dolly in her image. She was the epitome of beauty and brain, poised with elegance fit for a queen. She moved with ease in the corridors of power and would undoubtedly win any political position she cared to contest.

However, a challenge soon came to shake Polly's Harvard University-'baked' personality. Her beloved husband had gone to the northern part of Africa to finalize an oil deal. As their manner was, they were in constant touch by phone and electronic mail. When he was expected back at the airport, he was nowhere to be found. Polly didn't know that there was an unseen enemy behind the problem. She braced up to the situation by putting all her machinery of office into operation to investigate and monitor events.

Like any woman of good wits, her thoughts ran wild as she considered various possibilities. Many 'what ifs' recurred and multiplied. Negative constructions were building in her mind to magnify the problem and enact future uncertainties that it may produce. Fear came in. Her heart, nerves and emotions were affected and the whole body system was upset. Polly was unable to sleep at night.

The family doctor was called in to provide drugs and therapeutics to help calm her tormented inner self and cope with public appearances. Friends, family, professional colleagues and acquaintances were phoning and coming to share her concern. The overall effect of these actions was to make her brood over and over about what may or may not occur. Greatly disturbed, her visitors now appeared to her as mockers who may come to take away her things when the worst happens. The internet news on her computer only helped to borrow the loads and burdens of tomorrow into today. She became paranoid as events unfolded. Although she was an unbeliever, she never remembered GOD.

Lydia was a different kind of caller at Polly's house. On hearing the bad news she decided to spend the night with her childhood friend. She followed Polly into the room to share JESUS CHRIST antidote against worry and anxiety. Lydia almost lost her first son who was struck by tuberculosis. She was so worried and after running here and there to find the solution, a lady preached about CHRIST to her. She got converted and they prayed for her son and immediately he began to show sign of recovery. Similarly, she encouraged Polly to trust the LORD. Polly was hesitant to speak but finally she said she would consider it.

The following day brought a most shocking news through the international police. Polly's husband had been kidnapped to a neighbouring country. Her blood pressure shot upwards and she had a stroke. Lyda,one of her friends came looking for her. She was informed that she had been taken to a specialist hospital where strict orders had been given that no visitors were allowed. By the fifth day, Polly died of brain haemorrhage. Meanwhile, her husband's assailants were caught and he was freed after two weeks ordeal.

Is it only in extreme cases like Polly's that this can happen? No! Worry is a woman's greatest enemy and it can manifest in daily routines of life. Statistics show that three out of four women suffer from the consequences of worry, anxiety and stress in the forms of sleep disorders,dejection and fatigue.

On the spiritual level, it is the weapon that satan uses to keep people out of GOD'S kingdom. The evil of worry and anxiety is not limited to unbelievers. If your storms are fierce, lean on the everlasting arms.

No woman, no cry! 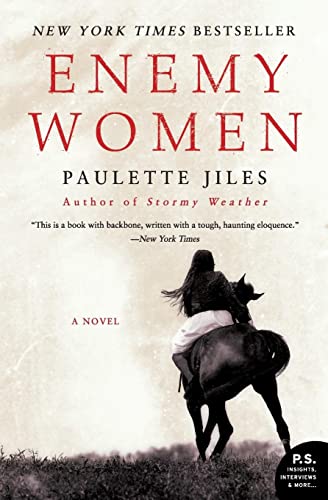