Angels The Messengers of God

Who here has not heard of Angels, we learn about Angels from stories our parents tell us when we are young, from Movies and Television, we see them depicted all around us. In every media form imaginable, images of Angels are everywhere, on t-shirts to coffee mugs. We use the word, to describe a person who we hold dear to our hearts ( she/he is an Angel ), to describe food ( Angel cake ). We talk about them, put them on top of our Christmas tree every year.

But how many of us actually think about Angels? what are they? who are they? what form does an Angel take? do they have individualistic personalities?

Angel statue at the Katedrala in Zagreb

Angels are commonly believed to be messengers of God, and instruments of his will. Whether they are beings of pure spirit, or have material form, what is known about them is that they bring messages from god to man.

They also carry out the will of God, not always with a happy ending, for instance the expelling of Adam and Eve from the garden of Eden by the angel Camael.

Where does the word Angel come from?

The word Angel originates from the ancient Greek word Angelos, meaning messenger. And Angels are often thought of as being the messengers of God, relaying his word to chosen people throughout history.

Is Christianity the only religion that believes in Angels?

Definitely not, Angels are mentioned in many religions and faiths around the word,Judaism, Islam, Sikhism,Zoroastrianism,Baha'i Faith and many others. Although they have different names for them, they are all referring to Angels.

What image springs to mind when the word Angel is mentioned?

For most of us, the first thing we think of, is a beautiful being with white wings. Some of us will envision the Angel surrounded by a white light, or with a halo around the Angels head, wearing a flowing white robe.

Actually the Angels attire that we are so used to seeing, is heavily influenced by the Roman Culture. 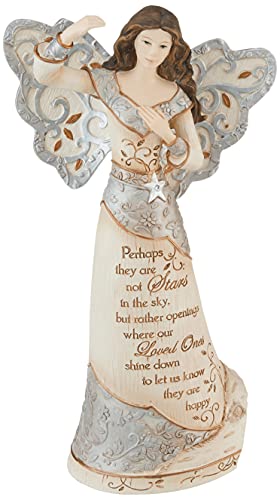 But is this the true form that Angels take?

The first paintings of Angels did not have wings, and only later art work depicted Angels with wings.

One of the oldest known christian tombs decorated with biblical scenes is the Catacomb of Priscilla, the paintings on the walls had angels without wing.

Could it be that angels look just like us. And be walking among us? Many people do believe that Angels walk among us.

Do you believe in Angels?

Archangels 101: How to Connect Closely with Archangels Michael, Raphael, Gabriel, Uriel, and Others for Healing, Protection, and Guidance
Buy Now

and of course the fallen angel Satan.

While the list is actually longer. These are the most famous in our time.