Are All Religions Equal? 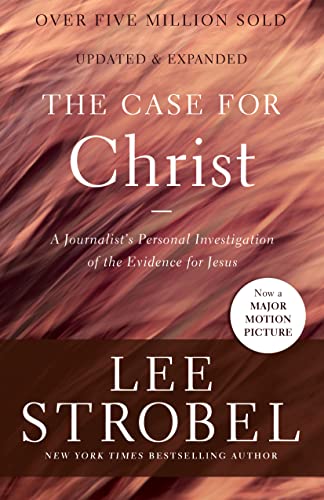 The Case for Christ: A Journalist's Personal Investigation of the Evidence for Jesus (Case for ... Series)
Buy Now

Evidence That Demands a Verdict: Life-Changing Truth for a Skeptical World
Buy Now

In this politically correct world that we live in, just asking this question can be dangerous and controversial. However, I am still of the opinion that ideas and thoughts should be discussed, argued and won or lost based on their merits. Not all ideas are equal therefore not all religions are equal. Religions are simply a summary of ideas about a world view. One definition given at www.dictionary.com is: A set of beliefs concerning the cause, nature and purpose of the universe, another: the body of persons adhering to a particular set of beliefs and practices.

A religion does not have to have a church building, nor does it have to have traditions and holidays, all a religion needs is a group of adherents and a world view. We sometimes err when we consider certain established religions like Catholicism, Lutheranism or the Judaism religions and then fail to recognize that Atheism, Humanism and Hedonism are also religions.

If a group of ideas held by a group of people are evil then I would venture to say that that religion is evil or bad and not at all equal to the more altruistic religions and philosophies. Furthermore, if the worldview or religion advocates criminal behavior not only should they be prevented from growing but they should be opposed. Let me say this again, THERE SHOULD BE NO FREEDOM OF RELIGION FOR RELIGIONS THAT ADVOCATE CRIMINAL BEHAVIOR!

The Nazi world view fits this example as would Satanism and Islam. If a group of ideas held by a group of people are good then I would venture to say that that religion is good. Not every religion is as easily categorized as the Nazi's, Satanism or Islam. However, I think that one can take the majority views of a particular religion and compare that with reality and morality and come up with a decent answer. If a particular set of beliefs supports sacrifice of self, love of others and an encouragement of good works, that would be a good religion, at least in my book. Christianity fits the bill (although I must say I am biased :). Whether a religion helps the weak, supports the poor, has historical veracity and tolerates those who don't believe...all these things should be considered when judging whether a religion is good for individuals and for society, not all religions are equal.

We live in a pluralistic society with many views, cultures and ways of life. The scale of philosophical and religious thought is long. Although the intensity and variety of religions have increased I still believe that everyone has an inalienable right to believe what they want. That doesn't mean that since we have the right to believe whatever we desire that those beliefs are all equal or good. If someone thinks that their religion gives them the right to harm another person that religion should be opposed.

Jesus said by their fruits (actions) you shall know them. Not all people who name the name of Christ are Christians, however if you look at what the Christian teachings encourage and what Jesus did I think you can surmise that it is a good religion. On the other hand if the teachings of a particular religion are evil, if the leader of a religion advocates evil and if it's adherents do evil one can assume that it is on the far end of the scale. As Christians we are told to test the spirits, that not every spirit comes from God. To test a spirit means to make a judgment, just because we tolerate variant views does not mean that those views are true and/or good. There is a huge chasm between tolerance and acceptance. Just because we should tolerate different ideas, philosophies and religions does not mean we should accept them as good or true. I'm afraid that in the desire to be politically correct, accepted and even “intellectual” this truth has been lost. The greater good is not in acceptance, nor in toleration (for in the acceptance of evil you are committing evil) but in finding and following the TRUTH.

Do you believe that all religions are equal?