Are Angels Real or Are They Just a Creation of Fertile Human Minds?

Are Angels Real? An Introduction

A poll conducted on Dec 8-12, 2011 showed that 8 in10 Americans believed in the existence of angels. With such widespread belief in these holy beings, it causes one to ponder whether angels are real or if they are just the fruits of fertile human minds. Not being religious, I tend to be on the fence concerning anything religious, however, I shall continue to gather information and knowledge before I contemplate whether religion is based on fact or fiction. Religion still harbors many wonderful stories and mysteries that are worth exploring though.

Whether angels are real or not, it is difficult for me personally to sit here and say we are completely alone in this existence.

Perhaps I yearn for such things OR perhaps angels ARE real as well as all the other wondrous beings. Let's discover....

Are Angels Real? Why the Widespread Belief in Them?

If we are to believe in the scriptures of the bible, angels are here to serve us and will do our bidding should we ask of them.

"He will give his angels charge of youto guard you in all your ways.On their hands they will bear you up,lest you dash your foot against a stone." - BIBLE, Psalms 91: 11-12

"For God commands the angels to guard you in all your ways.
With their hands they shall support you,
lest you strike your foot against a stone." Psalms 91:11-12

Belief - We Must Believe in Them

So how is it that we command these heavenly beings to do our bidding? The general consensus is that in order for us to successfully command an angel to do our bidding, we must first believe in angels, for if we do not believe in them they are eternally bound and unable to assist us. Unless you are religious then, it requires a leap of faith in order to open the heavenly door to the helpful power of your guardian angel.

Perhaps an experience of being saved by an angel could encourage this belief and therefore a unity with one's own guardian Angel?

Let's take a look at some of the stories told by those 'saved' by their guardian angel.

Do Angels Really Stand by Our Side Ready to Serve Us?

Angels Are Real According to This Girl's Mother

Are Angels Real? - These Stories Would Suggest So

The Angel on the Security Monitor

In December 2008, no-one expected 14 year old Chelsea Banton, a disabled girl suffering from pneumonia to survive. Having turned off the life-support machine, Coleen Banton, the girl's mother was waiting for Chelsea to draw her last breath when something incredible happened.

A bright shaft of light appeared on the security monitor in Chelsea's room and within 10 minutes of appearing, the teenager underwent a rapid recovery. In two months the girl was back at home and living a normal life. The apparition was also seen by hospital staff in the vicinity and they echoed the thoughts of everybody else. An Angel had come to save Chelsea.

“I think angels really do exist,” the Rev. Suzan Johnson Cook told TODAY’s Ann Curry after watching the report on the Bantons’ experience. “They protect us. They walk amongst us.”

A Woman And Her Baby Saved by An Angel?

In 1998 a woman and her baby were mysteriously saved from being crushed by what she says felt like a 'soft,warm blanket' lifting a heavy shelf from her and her baby. A car crashed into the skateboard store they were inside and she was struck by the shelf in the face. Despite the heavy wooden shelf falling on her and her child, they were completely unharmed and were able to escape when the shelf shifted somehow.

Her husband, thinking his wife and child were seriously hurt after witnessing the shelf falling on them was completely relieved but amazed to see they were unharmed.

A couple of hours after the incident a friend of theirs sent a mysterious text. Mysterious because he had no idea what had happened to them.

Psalm 34:7 The angel of the LORD encampeth round about them that fear him, and delivereth them.

Are Angels real? Are they protecting those who believe in them?

Are those halos actually breathing apparatus of some kind? 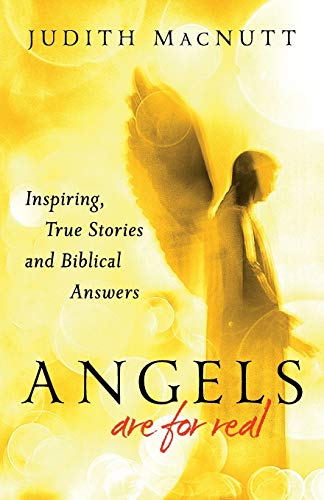 Are Angels Real? - The Final Word

With instances such as the above stories and the many other stories just like them, it seems as if there is 'something' out there protecting us in times of danger. However, if we don't believe in Angels or search for them, does that mean that when we are faced with danger we will not receive their aid?

In the picture above and in many other pictures like it, the angels appear to have a halo of light around their heads but what if that circular shape around their head isn't a light? What if it is a breathing apparatus of some kind?

Just an idea. What do you think about angels? Are angels real? Do they walk among us here on Earth or are they just a myth, a legend?

Are not all angels ministering spirits sent to serve those who will inherit salvation?

Angels are real aren't they?

Are angels real? What do you believe?

Hubs by Richawriter and Other Hubbers