Area 51 has been immortalized in fiction, from video games to movies. Our fascination with this top secret base is only encouraged by its history, location and security measures around it.

Also known as Dreamland, it’s part of Edwards Air Force Base located next to the dry lake bed of Groom Lake. 83 miles north west of Las Vegas, NV, it’s surrounded by thousands of acres of desert which was annexed by the Air Force. Its official name is Air Force Flight Test Center, Detachment 3, or AFFTC Det. 3.

Three roads access the actual base, all made up of finely ground sand, so vehicles can be seen approaching from miles away. However, only those with special access are able to enter the base. Employees are either transported to the base by unmarked white busses or flown in from Las Vegas.

The airspace over the base is strictly regulated, but there have been multiple reports of strange phenomenon in the skies in that area. Due to the alleged experiments done with aircraft in development, that’s not altogether surprising. However, civilians still question the origin of the strange lights they witness.

The facility has at least seven air strips, two of which are shut down, and many buildings. There’s speculation that the base hosts an underground complex. Based on the few witness accounts given of former employees, the buildings have no windows.

To maintain secrecy, employees must vow to 50 years of secrecy and are known by false names at work. Each crew doesn’t know what the others are doing, and when experimental aircraft flown, everyone not working on the project must stay inside until the craft is back in its hangar.

For years, the base wasn’t included on maps and no photos had been released. However, in 1988, a Russian satellite was able to get pictures of the base, which were then leaked to various publishers. At that point, the government was left little recourse but to admit that they were doing something in the desert. 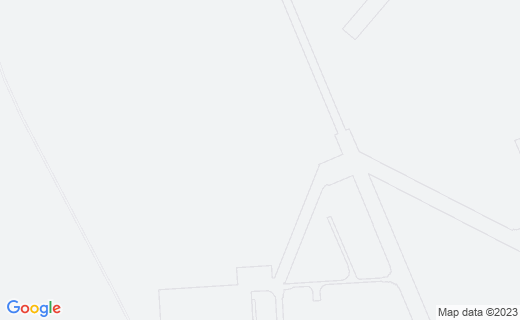 Area 51 is on the shore of the dried salt lake bed of Lake Groom. Notice the runways and collection of mysterious buildings in satellite view.

In October of 1993, the Air Force took over two of the few places civilians could get a peek at the base: White Sides Peak and Freedom Ridge. The next closest area from which to view the base is Tikaboo Peak. This mountain is 26 miles from Area 51, and involves a strenuous hike up rocky terrain.

In October of 1993, the Air Force took over two of the few places civilians could get a peek at the base: White Sides Peak and Freedom Ridge. The next closest area from which to view the base is Tikaboo Peak.

Distance and Landscape
The sheer distance of empty desert discourages many people from attempting to visit.

Each of the three access roads is unmarked, and composed of finely ground sand. This boosts visibility of all types of vehicles being driven down them because of the dust cloud they leave. Scattered throughout the desert are motion sensors and surveillance cameras.

Visual
Once you turn onto the Groom Lake Road, an observation tower on nearby Bald Mountain will monitor all activity.

More obvious are the private security guards stationed throughout the valley. Although they don’t have an official name that we know of, they’re often called the Cammo Dudes, because they’re always dressed in camouflage. They carry rifles, and have been known to trail visitors.

They can’t behave aggressively while on private land, but if you cross onto government land, they can technically use those rifles. There are no official reports of things getting that far, though. Instead, they’ll contact the Sheriff and detain you.

The very thought of unmarked vehicles trailing you is extremely unnerving. The Cammo Dudes make no effort to hide their presence, and occasionally helicopters will join the surveillance.

There is no fence, but there are large signs notifying you that you are entering restricted military land. Photography is banned, and crossing the line will earn you a $5000 fine, along with jail time. Most importantly, deadly force is authorized.

The History of Area 51

The base was built in 1941 as a training ground for bombing and artillery. Back then, it was known as the West Coast Air Corps Training center at Las Vegas Air Field.

In the mid 1950s, the base was used for CIA’s Project Aquatone, which tested cutting edge spy planes. At that time, satellites weren’t being used for information gathering, so the CIA was left with the option of using high altitude, manned aircraft to get intelligence.

In 1957, Operation Plumbbob went into effect. This operation exposed civilian population and over a thousand soldiers to high levels of radiation to see what would happen. Pigs were also penned various distances from nuclear explosions and in different enclosures to monitor physical effects the explosions would have. It lasted only one year, but including the bombs it set off, over 450 nuclear explosions were set off in the area between the years of 1955 and 1968.

Despite the dangerous testing in some areas of the base, Groom Lake was considered an ideal spot for emergency landings between 1959 and 1960.

In addition to nuclear testing, the base was used to test and develop numerous aircraft, including the U-2 spy plane, F-117A Stealth Fighter, and Bird of Prey, which was named for the starships from Star Trek. It was also used to study and reverse engineer Russian technology during the Cold War.

For years, its existence was denied, and for a while, its official use was undetermined. It wasn’t until September 29th, 1995 that it was finally acknowledged, when Bill Clinton signed an executive order exempting it from environmental regulation.

Today, the base is classified as “Homey Airport” in the public navigation database.

Lawsuits Against the Government

The nuclear testing left a lasting toll on the soldiers and the innocent civilians involved. Leukemia and thyroid cancer rates were far higher due to the radioactive exposure, and many people brought lawsuits against the government due to their suffering. Of course, some faired better than others. However, this prompted the government to clean up and dispose of the radioactive soil in 1980.

That wasn’t the end of legal problems in relation to Area 51. The base had hired civilians to dispose of toxic waste by burning them in trenches on the compound. When the employees asked for protective gear against the fumes, they were denied and told that it wasn’t in the base’s budget.

As a result, they suffered injury to their skin and lungs, as well as their livers. Five individuals and the widows of contractors who had died because of their injuries brought charges against the government and the EPA. During the trial, they were tested for harmful chemicals, and high levels of dibenzofuran, tichlorethylene and dioxin were found in their body fat. The plaintiffs hoped to learn what kinds of chemicals they were exposed to, so survivors could at least get proper medical treatment.

Ultimately, the case was dismissed, due to a need for secrecy. This case is why President Clinton signed the executive order in 1995 excluding Area 51 from conforming to environmental regulation laws.

There’s speculation that the base was used to reverse engineer alien aircraft to advance our technological prowess. Others think that it’s actually run by extraterrestrials to create alien/human hybrids, because they can no longer reproduce on their own.

Interestingly, some former employees say that officials used the UFO stories to explain away the strange lights that civilians, commercial pilots and their passengers saw while test flights were in progress. I find this position interesting, because many UFO enthusiasts claim just the opposite.

Although quite a bit of information has been declassified about some of the goings on at the base, we may never know the full extent of what it’s for. As long as mystery remains around the area, curiosity will continue to drive people to visit the base, study it, speculate and create works of fiction about it.

A fascinating documentary about Area 51 and the projects that went on in it. It includes interviews with former employees.