Jupiter in Astrology is represented as a Planet and rules over the zodiac sign of Sagittarius and to a less extent Pisces. Jupiter is a planet that makes up the seven personal planets in your unique natal chart. In astrology Jupiter, along with Saturn are considered a social planet. There are only two social planets in astrology. A social planet is said to be a planet that best represents the relationship of an individual in a community. This relationship is marked by the constant struggle between the personal and collective ideals. A social planet also battles back and forth between urge to expand (Jupiter) and the need to withdraw/self-limit (Saturn). This becomes a lifelong task for the native to figure out to balance personal and collective pursuits. Also is the task of learning how to balance the urge to expand itself and enjoy excess while pleasing the stern and inhibiting Saturn.

Jupiter is also seen as benefic planet in astrology. A benefic planet is a planet that provides good fortune, luck and overall positive energy. The Moon, Sun and Neptune are considered benefic planets too, while Venus is seen as lesser benefic planet. Overall, it takes Jupiter about 12 years to orbit the Sun, so Jupiter spends almost a 1 year in earth and in each of the twelve zodiac signs.

Jupiter rules over twelfth house and the ninth house along with the signs, Sagittarius and Pisces (to a lesser extent). Jupiter traditionally ruled the second house (the house of value/material and spiritual) but it is now most associated with the ninth house and to a lesser extent the twelfth house. Jupiter was Pisces ruling planet and ruled over the twelfth house before the planet Neptune was discovered. So there are debates as to whether or not Jupiter is still considered a ruling planet of Pisces. To avoid confusion I will be talking about Jupiter in regards to the zodiac sign of Sagittarius. Just to mention though the Twelfth House rules the unconscious and is also with Pisces.

Jupiter is also a spiritual, philosophical planet so that is why it makes sense that it is associated with Pisces, an emotional intuitive water sign. Even so, Jupiter represents much more then spirituality and philosophy. Jupiter also governs justice, laws and morality. In regards to spirituality and philosophy Jupiter uses this as a sort of moral compass that can be applied to life and society. This is why Jupiter in our natal chart is reflects ideals and values. Jupiter is how we expand ourselves onto others, society and our world. Jupiter is what we believe in, our values, what motivates us and how and in what ways we choose to live life.

Overall, Jupiter is known as the great teacher (along with Saturn) and what better way to learn and to inspire than through the expansion of one’s self. This expansion and search for meaning can be seen through traveling, higher education, that is meant to enlighten us and gives us knowledge. While as Jupiter as a social planet, gives us the natural urge to want to expand our self, to expand our horizons and to soar beyond our positions as humans. This need to expand forms a constant communication and a relationship between us and society.

This concludes part one of the Jupiter series. Stay tuned for Part Two hub on Jupiter. In this hub I will be discussing exalted, fall and detriment signs of the planet, Jupiter.

Thank You for Reading!!. Have any questions, and/or opinions comment below. 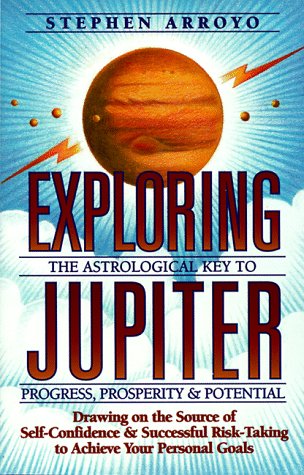