It's hard to find anyone that doesn't know what their Sun sign is - even if they claim to have no interest in astrology. For one reason or the other we all seem to know something about our Sun sign. Basic curiosity compels us to learn something about our Sun sign somewhere along the path of life. Beyond that, however, most people are generally in the dark when it comes to astrology. Some outright consider astrology to be "quackery" or at the very least seriously question its legitimacy. The truth is that in the not so distant past astrology was considered a science - right up there with chemistry, physics and biology. I could go into a long drawn out explanation of why astrology was considered a science but I will spare you the lecture. I will say only that all the bodies in our solar system have a minute gravitational effect on the earth and on each other. An example that most are familiar with is the effect that the Moon has on the tides. Like the Earth, our bodies are about 75% water. The scientific argument, therefore, is that the bodies in our solar system (Sun, Moon and planets) have a direct and noticeable effect on us at the time of our birth. The non-scientific argument is even more simple - a full blown astrology chart reading is VERY specific and personal and amazingly accurate the vast majority of the time and therefore it's hard to dismiss as "quackery". Personally, I have a law degree with an undergraduate minor in astronomy so I would argue that I am at least educated enough to make objective observations. I am also a lifelong believer in astrology. I find it fascinating, accurate and helpful.

For those that find the subject interesting, an understanding of more than just your Sun sign is essential. Each body in our solar system controls a specific aspect of our life or personality. For example, your Moon sign gives you a peek into your soul - your inner self. Your Mercury sign determines how you think and process information while Venus dictates what you need in a relationship and who you are attracted to in some cases. The red planet - fiery Mars tells us how you react physically to everything from sports to sex. Are you easy to anger or do you do slow burns? Are you sensual or sexual? Do you love team sports or individual sports? Knowing how to interpret your Mars sign, or that of someone else, is another tool in your astrology toolbox that can help you better understand yourself and the people in your life.

Mars affects your total personality in that its placement can influence how you react to a variety of situations. For instance, with Mars in Aries you will be more inclined to react impulsively than someone with Mars in Libra. Additionally, your Mars sign can tell you whether you are likely to be aggressive or passive when confronted. Mars in Leo, for instance, will have a more immediate and fiery reaction to conflict than a Mars in Scorpio individual who will have a cold and calculated response.

Mars also affects your drive, discipline and will power. Mars is the masculine influence in our personalities while Venus is the female. Mars decides how determined we are and to some extent how stubborn. Mars will also influence what type of exercise or sports you prefer. Mars in a heavy water sign like Scorpio may prefer more solitary sports that require strength while a Mars in Gemini person will like team sports where they can communicate with the team.

Of particular interest to most people is the affect Mars has on sex. Yes, Mars is where we look to gauge a person's sex drive, sexual inclinations and general level of desire. If you want to know what turns someone on, look at his Mars sign. Curious about how that new interest approaches the pursuit? Check out her Mars sign. Is your lover slow to arouse but very sensual? Could be a Mars in Taurus influence. Does your mate seem to have an endless reservoir of sexual stamina and an interest in the darker side of sex? Probably Mars in Scorpio. If your lover appears to have an intellectual approach to sex look for Mars in Aquarius. While the entire chart should be read before determining compatibility, the placement of Mars in a couple's chart can almost certainly predict sexual compatibility.

Curious about your Mars sign now? A site I use frequently to look up charts is www.alabe.com. They have a free (really) chart page on their website. 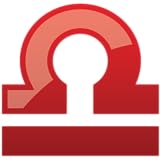