Baptism, the cleansing act of Starting Over.

I believe we are born as 'clean slates' no sinful nature, no 'Original Sin' just a natural instinct to survive.

The inability to make decisions and take actions (to choose and do) to me means a helpless baby cannot sin.

Once we progress to a level where we are capable of making decisions and taking actions based on those decisions is where a possible 'sin' start.

The first thing a baby learns to do is cry to be fed. That learned behavior and choice to cry or not, is where the 'clean slate' may start to not be clean anymore...

That choice to cry for something they simply want, might be sin. Because there is a decision being made and an action being taken based on that decision.

Of course the fact that babies don't understand that it might be wrong, to me makes it 'not wrong'. The learning process is one that must be forgiving and understanding of the errors that we flawed human beings will be making.

I believe that it is. 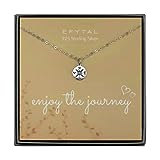 I believe that God knows this about our grown-up learning process as well. Our entire lives as the occupants of the cocoons we call the human body are a growth and learning process. One I have called in other text, 'seasoning'.

Seasoning is a two sided coin. On one side is the 'strengthening' the growth in resistance to sin and all negative or damaging influences. The stronger a soul becomes the less the ability of these negative influences to damage that soul.

The other side to the 'seasoning' coin is the side of 'Flavoring'. Flavoring is, as any chef worth their salt knows, the meaning or identity of the dish being seasoned. The dish itself is defined by it's 'seasoning', it's 'flavor'. That is what our souls have done to them/us by our choices in life. Sin is a flavor, disliked by God. Sinful choices cause the spices of 'sin' to be added to our souls. The clean slate becoming unclean is another way of saying this.

Baptism is a symbolic act, an outward action demonstrating an inward change. It doesn't change the person being baptized, per se. It is merely a public statement, by the person, that an inward change has already occurred. A statement and an acceptance of being held to a higher standard.

Baptism is also a symbolic gesture of a joining. A joining of an organization or group of like minded individuals who have also all made this same gesture.

Who you are doesn't change after your baptism and what you have gone through up to that point is what made you who you are. Sins and all.

God chooses to ignore the sins of your formative years, while allowing you to retain the lessons learned from them.

Baptism is a starting point, a new birth, a RE-birth, a beginning.

We as humans have another 'baptism' in store for us. The last baptism of our human existence is the re-birth of our souls into whatever is 'next'. It, like the baptism and transition I have talked about here, is one where we get to start again, being held to a new and higher standard. Retaining what we learned up to that point, that makes us who and what we are. While no longer being held accountable for the mistakes that lead us to being what we have become.

For every new beginning is an old beginnings end.

The flavoring we bring with us to that next level is what will make us an attractive and enjoyable soul to God and others, or not. It is a baptism however whose time and place is decided for us, sometimes with our consent, sometimes not. It is an ending and a beginning, but it is not 'The End'. I don't think it is retirement either. Whatever it is, it's next.