Beryl (or is it Onyx or Diamond?)- The Eleventh Stone of Aaron's Breastplate

The Beryl, or Diamond, or Onyx

The Eleventh stone in Aaron's Breastplate has three stones competing for the position. What is generally understood by most scholars, is that this 5th foundation stone of the New Jerusalem is of a whitish or clear tone. This is important to point out early, as the same research done for this stone may easily show up in the 12 stone, due to incredible similarities that lead to the different appearances. The stones in contention are the Beryl, the Onyx, and the Diamond.

Beryl is most often suggested for this stone because of the Hebrew and Greek names' definitions. According to Wikipedia, Beryl can range from aqua-marine to reddish to clear to green. Amazingly enough, all of these colours have been cited by various scholars as the colour of this particular stone! But while there is much discrepency, one thing seems, pardon the pun, clear! When the stones of Aaron's Breastplate are referred to only by colour, it is more likely that the Eleventh stone will be called "White", than any of the other colours. From other discussions mentioning beryl, can you remember the hardness of this stone?

The Diamond needs no introduction. The strongest stone on the Mohs scale at 9, this stone not only graces many an expensive necklace, watch and bracelet, but it works hard in commercial enterprises too on the edge of cutting tools, computerized equipment, etc.

Onyx is another wide-ranging stone in it's appearance. The most popular colour being black, and therefore modified to appear that way throughout the ages, it's unadulterated colours tend more to banded red and white, or white with other colours. Apparently this banding has been put to good use in ancient times, with the white layer being exposed and then carved away from the darker layer underneath to act as a kind of precious-stone relief.

All three of these stones have been readily available from ancient times to the present, in Africa. So it would be of no surprise to the author, if they were also included among the many gems showered on the Hebrews as they fled Egypt.

Joseph and Thomas - Associations with the Stone

One of the tidbits of information in my research that proved to be of resounding agreement, was the assigning of this stone to either Joseph, or one of his sons. The larger agreement was that this stone belonged to Joseph. Joseph was Rachel's oldest son to Jacob, and the son sold into slavery who would be raised up out of prison to spare Egypt during 7 years of famine.

Joseph's name means "May God add", and his son's names mean "fruitful" and "son of my forgetfulness". Indeed as these meanings imply, God caused Joseph to "forget" his hardships, to bring fruitfulness to Egypt, and to add blessings to his Father's family.

Thomas's name means "Twin" in both the Hebrew and Greek renditions. Scripture does not tell us about his twin however. Thomas is most known for his questioning after Christ rose from the dead. However it is also important to note that he was loyal, faithful and devoted to Christ in the Gospel accounts as well. His greatest act of courage was after Christ raised Lazarus from the tomb, and the disciples got word that murderous intent was waiting in Jerusalem. Thomas suggested they all go to die with Him. 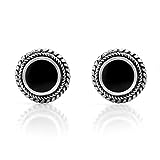 So what can we gather here for the Bride of Christ?

In the diamond, we have transparency and strength. In the Beryl we have transparency through colour. In the Onyx we have white offset by colour. Strength and transparency are two things offered and expected of the Bride of Christ. In our weakness, God imparts His strength to get us through. When we stand before Christ, we stand there bare of anything that would protect and hide us from His all-seeing, all-knowing eyes. We must be willing to give our lives for the One Who gave His life for us.

As we allow ourselves to be vulnerable in His hand, God does indeed add to our lives a measure of fruitfulness only found in surrender and submission to the Holy Spirit. We are to turn our backs on our former ways, to "forget them" so to speak, and to turn 100% toward Christ, our Heavenly Bridegroom. We are asked to be loyal, to be faithful, and to endure to the end, receiving a crown of life in the process.

Today we covered the Eleventh Stone in Aaron's Breastplate