The Bible: A Solid Foundation for Atheistic Belief

I had been a Christian for a great majority of thirty three years before I actually read the bible. Before that I always thought of it as the unchallenged word of god. It was something abstract I could turn to in times of need, but even then I would only recite specific verses that had been taught to me as a child in bible school, or I would recall some parable or story from the bible that was supposed to offer inspiration and real help. Now I know why.

I won't lie and tell you that I was a devout Christian right up until the bitter end. No. I always had doubts, but they were always quieted with that tested and true threat of going to hell if I questioned the lord, so my doubts never flourished into anything more than curiosities. It takes a strong will to face the truth, though, and it's not easy realizing that your whole life has been based on lies.

The Best Evidence for Non-Belief

The bible is the absolute single best piece of evidence against god, Christianity, and religion in general. I won't beat around the bush with that fact. If the fact that there are no dinosaurs in the bible doesn't kick start you into some doubt, all the errors, discrepancies, inconsistencies, impossible lineages, and just blatant lies should do the trick. And apart from all that there's also all the immoral behavior to come to terms with if you are going to base a moral life on this book. It's a complete and utter contradiction. It's almost as if someone did read the bible in it's entirety very early on and then decided what things could and should never be talked about. Oh, wait, that did happen...it was called the Council of Nicaea.

The Creation of the Trinity

Mistakes are Only Human

Just from the standpoint of someone who prefers not to be lied to, the dishonesty in the creation of this religion is flabbergasting. But there is no end of excuses and justifications for it. Well, that's all good and fine, but back to the bible itself. On the very first page the errors commence and they don't stop until the very end of the book. It is one fluid mistake after another. This is ultimate proof that the bible was not divinely inspired but was written by men with the knowledge and understanding of the time. My favorite discrepancy, well, one of my favorites, is the one about Cain.

4:13 And Cain said unto the LORD, My punishment is greater than I can bear.

4:14 Behold, thou hast driven me out this day from the face of the earth; and from thy face shall I be hid; and I shall be a fugitive and a vagabond in the earth; and it shall come to pass, that every one that findeth me shall slay me.

4:15 And the LORD said unto him, therefore whosoever slayeth Cain, vengeance shall be taken on him sevenfold. And the LORD set a mark upon Cain, lest any finding him should kill him.

This one is almost too embarrassing to point out, but, aren't Adam, Eve, Cain and Abel the ONLY people in the world? So, who can possibly find Cain and kill him, since he just killed Abel and all that's left are his mom and dad. But it gets better!

4:16 And Cain went out from the presence of the LORD, and dwelt in the land of Nod, on the east of Eden.

4:17 And Cain knew his wife; and she conceived, and bare Enoch: and he builded a city, and called the name of the city, after the name of his son, Enoch.

So, how is there a "land of Nod" if Adam and Eve and their children are the only people on the planet? And where did Cain's wife come from? Boy is there egg on god's face! But, that's okay, god, mistakes are only human.

New Testament is Full of Mistakes, Too

Yes! For those Christian Apologists who blow off the Old Testament, guess what? The New Testament has just as many mistakes, if not more. The one that stands out most prominently in my mind is the genealogy of Jesus. Genealogy of Jesus? I though he was supposed to be the son of god, but oh, well.

There's Mathew's version and then there's Luke's version. Both are consistent until you get to David. After David they are completely different and Mathew's is much shorter than Luke's, but they both end up with Joseph as Jesus' father. Hmm...once again, I thought Jesus was the son of god, not any mortal, so why bother with a genealogy at all? Obviously, there was no divine inspiration here, either, or god would have nipped this one in the butt.

The bible may be many things but a guide to a moral life it is not. This is a book full of lies, jealousy, hate, vengeance, misogyny, incest, genocide, murder, rape, and it goes on and on and on. In fact, there are so many examples to choose from to illustrate this point that I have a hard time choosing just one. I find, however, that slavery is about as immoral a concept as there is. The fact that the god in the bible, instead of declaring to his people from the get go that slavery is wrong and an unacceptable practice for any period in time, he perpetuated it with rules and laws that allowed slavery to go on for centuries because morons that follow the bible used it to justify this horrible practice. But don't take my word for it.

21:20-21 When a man strikes his male or female slave with a rod so hard that the slave dies under his hand, he shall be punished. If, however, the slave survives for a day or two, he is not to be punished, since the slave is his own property.

But the New Testament promotes slavery, too.

6:1-2 Christians who are slaves should give their masters full respect so that the name of God and his teaching will not be shamed. If your master is a Christian, that is no excuse for being disrespectful. You should work all the harder because you are helping another believer by your efforts. Teach these truths, Timothy, and encourage everyone to obey them.

And yet, there is no lack of people, supposed moral Christians, defending these verses. I find that quite disturbing.

The only conclusion that anyone can come to is that this is a very flawed text and by no means is it a moral guide for anyone. If there is indeed a god and if that god is indeed the god of the bible, I have no desire to serve or worship him and I would rather spend an eternity in the fiery pits of hell. I do have a choice, and if I have to choose between serving a moral depraved monster like this or following my own instincts and doing what I know is right and moral, I will follow my own instincts. So, you can stop wasting time trying to prove that he does or doesn't exist. That is quite irrelevant. The true question is whether you want to worship this monster or not.

The Bible, any Bible. Just read it. 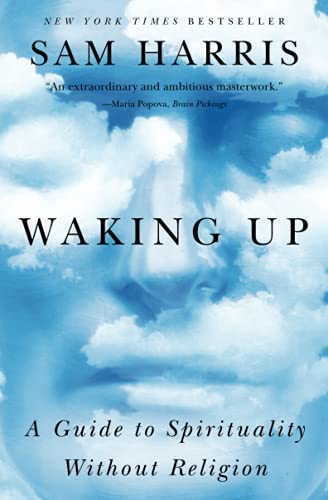 Waking Up: A Guide to Spirituality Without Religion
Buy Now 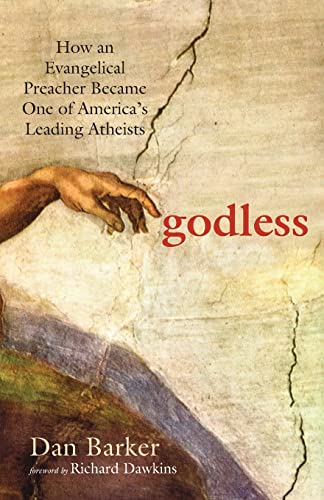 Godless: How an Evangelical Preacher Became One of America's Leading Atheists
Buy Now