Biographical: Once Upon A Throne - Part II

Demas is a professional author and freelancer. He published and edited two newspapers. Writing, for him, is just a way of sharing.

Chapter Two - Growing Up In A Palace (Continued)

I once asked Manolie, "Did your grandfather have a throne?"

She hesitated responding and contemplated my question. Finally, she replied "You know, he did, but I never saw him sit on it."

Manolie was born as the first of thirteen children in the family of her father Thone Nettavongs, and her mother Princess Syphay Saignavongs. Of the thirteen children, four were adopted into the family, but Manolie spent her early youth living with her grandfather the king, and her grandmother the queen.

Tutored beginning at age three by a Vietnamese tutor, Manolie was still a small child when the Japanese Army gained control of her part of Laos and confined Manolie, her mother, and some other members of the royal family to a prison site in Xiengkhouangville. A courageous young aunt was successful in sneaking out of the prison and reaching the king and his sons, who raided the prison, tied up the Japanese guards so as not to alert nearby Japanese troops, and escaped into the jungle where Manolie and her mother, along with other family members lived out the final years until the Japanese unconditional surrender in 1945.

It was only two years after the war when her grandfather's death deprived an eleven year old Manolie of "...the greatest teacher in my young life. Starting in 1942, in the midst of the war, when I was only six years old, my grandfather had agreed to teach me a form of yoga and meditation which he had practiced throughout his life. I have practiced it ever since, and now teach it to anyone who would like to study it. As a part of his teaching, my grandfather told me that 'Nobody needs to grow old. What they do need is to take care of their body be eating properly, drinking good liquids especially water, exercising their body in the ancient ways which clean toxins from the body, and realize their need for meditation and prayer, as well as respecting their body and their immortal soul in the way they live.'"

"Grandfather believed in education as the key to a good future for Laos, and as a personal key. We were taught that, next to our own parents and grandparents, the most important person in our youth was our teacher. We were also taught that, if anything serious happened and we could not join our family unit, we were to go with our teacher to a safe place and rejoin our family when we could safely do so."

"I was a tomboy. I loved to play soccer as a goalie, and I was good at it, so much so that the boys wanted me to play for their team when they chose up sides. I was serious about my studies, however, and when it came time to do my homework I would excuse myself, even if it meant leaving right in the middle of a game. I knew that in my family education came first, even though there was time for play and for sports.

"Fortunately, I was good enough as an athlete that, when they were ready to choose up sides again, I was still wanted, even though someone would say 'Oh, don't choose her. She will leave in the middle of the game sometimes.' Then, someone else would speak up and say, 'But we need her. She's a good player!'

"I did very well in school, but there was one boy who was just ahead of me as the best student in the class. One day, I asked him how he got such good grades. He said he studied each day at least one extra hour after he had already finished his homework. He was boarding with one of the Hmong chiefs and had chores to do, also. If he had to study after dark, he had to study with a kerosene lantern, whereas my dad, as mayor had a generator for the house. If I really needed to study after dark, he would light the gas lantern or start the generator and I would have an electric light for my studies.

"I resolved to study as much as three hours extra once my homework was done. It wasn't long afterwards that I passed my friend and moved into the top position in my classes, thanks also in part to leaving a few more soccer games before they were over.

"With a large family, my dad had a system for homework. He built a box of shelves, so that each child had their own slot where they were required to place their completed homework before they went out to play. If they were gone and the homework wasn't in their slot, they were automatically in trouble. The system worked, but I found that I needed to put in the extra time to learn my lessons well, for I was not a fast learner.

"While I was not a fast learner, once I learned something I never forgot what I had learned. I found that a distinct advantage when it came time to take a test. some of the fast learners were also fast forgetters.

"Before the French-Indochina War started, I was already in a Catholic high school in Hanoi. Anticipating unrest, my family had provided an overland escape route for me to follow, if things should flare up suddenly and I might be unable to get out of Vietnam and home normally.

"One day my teacher came to me and told me it was time for me to leave Hanoi and follow this family plan. I had been provided with a special coat which had survival supplies, including a rope belt, a dehydrated chicken, small amounts of dried food, and other necessities

"I left Hanoi in the company of two of my schoolmates. One was a close relative of Bao Dai, the last emperor of Vietnam. The other was a son of one of my teachers back in Laos. We knew the towns we could stop in and find shelter, but we didn't know ahead of time which house would provide us with the safe shelter.

"The families who would provide the shelter knew that we were on our way and were alert for our coming and for any troubles we might have along the way to their town or village. If everything was okay, they would place a certain light in a certain window or location on their dwelling. We would arrive in the village and look for that sign and go to that house where we would be cared for and resupplied.

"For our own safety, we agreed that we would walk separately.

"If traveling was especially dangerous we would blend in with other local workers, helping them temporarily. If stopped at a checkpoint, we would simply say that we were going to our family in the next village. Sometimes we traveled along the coast, and part of our six months trek took us across the Annamite Range of mountains and through jungles with bloodsuckers, poisonous snakes, and tigers.

"The belt-rope came in handy also as we crossed washed out parts of trails, and our journey proceeded pretty much according to plan with me always dressed as a boy.

"At one stop, however, when offering help to a farmer, he welcomed the extra help and immediately thought of things for my taller, stronger appearing companions, but decided that a smaller 'boy' like me would be a better choice to 'scramble up that coconut tree and pick the ripe coconuts.' My companions were stunned and fearful, for they had never seen me climb a coconut tree, and presumed that the daughter of a princess wouldn't know how to do such a thing. Fortunately, they were wrong, and I harvested enough coconuts (as easily as any boy might have done) to satisfy the farmer's needs.

"At the Vietnam/Laos border we had the description of a contact person and what he would be wearing, including one trouser leg longer than the other. With his help the two of us returning to Laos crossed over without incident, found he had horses waiting, and we rode the final miles home to a warmhearted family reunion. Bao Dai's relative also completed his journey safely home.

"The Japanese and Viet Minh were not our only concerns growing up. There were the occasional mercenaries (often Chinese), and also warring factions at home.

"While learning how to survive on the barest essentials was something that such circumstances prompted wise parents to teach their children, I also had another advantage equally as important as my tomboy inclinations. I was the first Christian in my family."

"One day, when I was seven years old, I had come home and told my mother, 'I've found something good.'" Mother asked what that might be, and I told her I wanted to be baptized like the missionary family which had moved in next door. ..... (continued in Part III)

Where is Part III?

Here is your link to Part III of this series:

You may need to Copy and Paste, as it is difficult to find otherwise.

Random items from that part of the world... 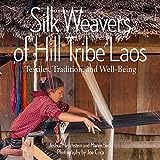