Poppets Court Back When it was Black Hope Cemetery

Homes For Sale On Poppets Way 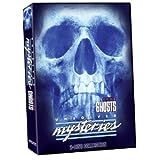 How a Cemetery Become a Land Development?

Paupers graves are reserved for the poor, those unable to afford a proper (and official) burial. Over time, these wooden boxes and their bodies simply disintegrate and without documentation, it's easy for the cemeteries to become forgotten and turned into something else altogether.

Although Black Hope Cemetery wasn't very old. In this particular case, the land was owned by rich slave owners who sold the property their slaves had once lived and worked on- including the cemetery- without a second thought. Money-hungry land developers took down the headstones and grave markings and went to work constructing.

The Black Hope Horror: The True Story of a Haunting
Buy Now

In 1939 the very last body was buried off of Poppets way. Less than forty years later, developers created a suburban paradise directly over the graves.

Today, Poppets Way appears to be a normal middle-class neighborhood with low crime rates, a prestigious nearby golf course, and lush lawns. Online, many of these homes are even listed for sale at rather reasonable prices. But a peak into history makes me curious if I could stand to live on Poppet’s way- no matter how good of a deal I got on the home.

Meet the Haney’s, a sweet couple with big dreams, dreams that were beginning to come true when they purchased one of the brand new homes off of Poppets Court in the early 80’s. Their excitement was only fueled by the decision to build a pool, an event that brought a stranger to their door.

Jasper Norton, an older African American man, felt responsible for what he knew the Haney’s would find soon, for he’d buried the surprises himself. Knocking on their door, he informed the couple that if they continued to dig a pool they would find a husband and wife: Betty and Charlie Thomas were slaves, unable to afford a proper burial, Norton buried them at the unofficial Black Hope Cemetery in the 1930s, long before he knew it would someday be a suburban community.

The Haney’s found exactly what they had been warned they would find. Calling in Police and forensic investigators, the crumbling remains- still in matching gold rings- were excavated.

Horrified at digging up someone’s sacred grave, the Haney’s tried to make wrongs right, reburying the bodies in a new grave somewhere else on their property. The two were unafraid of spirits, in fact when the first paranormal activities started taking place in their home they were perplexed, convinced it was only their mind playing tricks on them. But it was the sight of Mrs. Haney’s red shoes placed out on Mrs. Thomas’s new grave that sent the two over the edge. Terrified of their own home, they sought legal action. Upon moving into their house, they were never informed of any cemeteries.

Across the street, the same sorts of things were happening to the William’s family. Ben and Jean lived on Poppets Court with their granddaughter, Carli. Inspired by the Haney’s legal action, they wished to do the same. Jean couldn’t get any of her flowers to grow, Carli was terrified by the bursts of cold air she’d walk through, and Ben didn’t like how the developer “forgot to mention” the cemetery. Yet in order to sue, the Williams would have to unearth a body, just as the Haney’s had.

Determined to unbury the proof, Jean went to work digging two feet every day. One day, just as she started to make a dent, she became rather exhausted and so her daughter stepped in to help. A short time later Tina started feeling sick too, her parents helped her inside and onto the couch where it became clear that an ambulance needed to be called. Tina had suffered a major heart attack for reasons still not understood, days later she was pronounced dead at only 30 years old.

Sad to say, it was all for nothing. While at first the Haney’s were awarded a $142,000 settlement, it was in fact taken away; the developers were somehow cleared of their fault and the Haney’s instead owed $50,000 in court fees.

Desperate to escape their homes, both families fled. So fearful of staying they decided to instead lose everything.

Today, both families are happily relocated, living the paranormal-free lives they once could only dream about.

*After thought: The tree that Linda suffered her heart attack nearby has since been taken down by Hurricane Ike.

Are the Tales True?

The Black Hope Cemetery did exist and Jasper Norton did dig 20 of the 60 paupers graves said to be distributed throughout the neighborhood. While the developers took down the headstones, tree markings, and fenced in reminders of the graves, they didn’t bother removing any of the bodies.

With the court case on file and newspaper clippings from the events available online, it’s clear that these events truly did take place- right over the bones of a cemetery. But what’s not clear is why two perfectly sane families would lose everything and start over if ghosts and poltergeists do not exist...

Never again has such tragedy rocked Poppets Way. Fireman are said to make more house calls for unexplainable fire alarms that go off and some residents complain of bumps in the night, but for the most part people happily reside on Poppets Way. As many houses in Texas do, the neat little homes lining this pristine street are selling for steals and deals. Yet, the high turnover rates and low-ball prices make me wonder if the Black Hope curse still holds Poppet’s market hostage.

A woman recently asked the online community why the home she wanted to purchase was so much cheaper than others; in her question she included the link to the house. Immediately people weighed in, citing the nearby remains of Black Hope Cemetery as reason. Of course, to this I have no proof, but public perceptions are very powerful and it seems anywhere you look up Poppets Way, stories of hauntings are found. With the instatement of the Internet, old news doesn’t die so easily. This is a court case from the eighties and yet today I- and many others- continue to write and report on it. Like any good curse, this one seems here to stay.

Would you live on Poppet's Way?