The goddess, Venus, belongs to the Roman pantheon of Gods and her cult began in the vicinity of the city of Rome ~ Ardea and Lavinium.

The first known dedication of a temple to Venus occurred in 293 BC. She seems to have been a popular household or family goddess ~ archaelogists have found 'Venus' statuettes in ordinary Roman homes.

Venus was goddess of love and beauty.As such, she may also have been associated with fertility and sexuality.

One of her epithets, 'Venus Genetrix', indicates that she was a 'mother goddess'. Indeed, she was believed to be the ancestress, or 'mother', of the people of Rome. Another epithet, 'Venus Libertina', though implying that she was 'Venus the Free', probably originated as 'Venus Lubentina' ~ possibly with a meaning related to pleasure or passion.

She was associated with the radiant 'morning star' (actually the same as the 'evening star'), which was named for her ~ the planet Venus.

The name 'Venus' may be related to the term 'venerate' (Latin venerari) and / or to the Sanskrit 'vanas', relating to loveliness, lust and desire.

The Vedic (and Hindu) deity, 'Ushas', from the Sanskrit for 'dawn', may also be considered equivalent.

There is also a link with the radiant celestial Vedic 'Shukra', considered to be the god-ruler of the planet Venus.

In Greek lore, 'Venus' is considered to be equivalent to 'Aphrodite'. This link was perceived from around the 3rd century BC, with the Hellenisation of the Roman elite.

Aphrodite and Venus were / are both, equally, considered to be Goddesses of love, romance, fertility and beauty.

Although the Hellenisation of the Roman elite resulted in Aphrodite being equated with Venus, these goddesses were 'individuals' in their own right, with their own stories:

According to Stephanie Dowrick*, Aphrodite was the unwilling wife of Hephaestus She would escape, whenever possible, to Thrace, to visit Ares, whom she found more exciting ~ in spite of his unpleasant bloodthirsty ways. Apparently, he was 'as unpopular with his parents as he was with everyone else' ~ everyone except Aphrodite, it seems.

Hephaestus was aware of these 'secret' visits but bided his time. He pretended to go away for a few days, knowing that Aphrodite would invite Ares to spend the night with her. When he found them together, he enveloped them in a fine web, which he had woven, and from which they could not escape, and the Gods were invited to witness the embarrassed couple in their shame.

But this only resulted in both Poseidon and Hermes falling madly in love with Aphrodite. Hephaestus, too, remained entranced by his wife, in spite of her going on to have children by both Hermes and Poseidon. There were numerous other lovers, too ~ gods and mortals.

* 'Land of Zeus: Myths of the Greek Gods and Heroes'.

Two sites, related especially to Aphrodite, are Cythera and Cyprus. She may be known as 'the lady' of these places, where she was considered to have been 'born' from the 'foam of the sea'. Her name 'Cytherea' relates to Cythera ~ and she is also known as Acidalia and Cerigo. 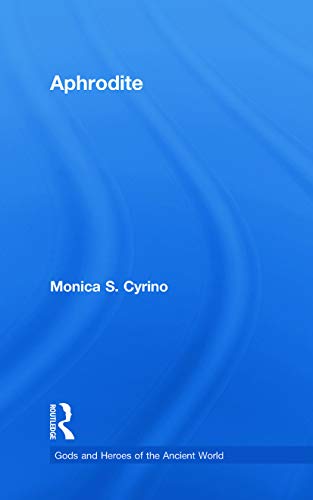 Aphrodite (Gods and Heroes of the Ancient World)
Buy Now

Myths: Tales of the Greek and Roman Gods
Buy Now

More on Aphrodite, and Venus, and ...

The story of Aphrodite is believed to be based upon that of the Phoenician goddess, Astarte. The Greeks also considered her to be equivalent to other goddesses, including the Sumerian love goddess, Inanna and the Egyptian 'merged' goddess, Hathor / Isis.

This goddess was revered throughout the Eastern Mediterranean region, during the Bronze age and into Classical period ~ the deification of the 'evening star'.

She was known by a variety of similar names. In Hebrew, for example, she was 'Ashtoret' and she was probably also the Syrian 'Atargatis'.

Like the Semitic goddess, Ishtar, Aphrodite was believed to be 'the evening star' ~ ie the planet Venus. This probably means that Inanna was also equated with Venus. The planet Venus was also the 'morning star' so these might also be considered 'dawn' goddesses.

Apparently, in the mythologgies of the Canaanites, the morning (or day) star was seen as the offspring of the dawn ~ each was considered a deity. 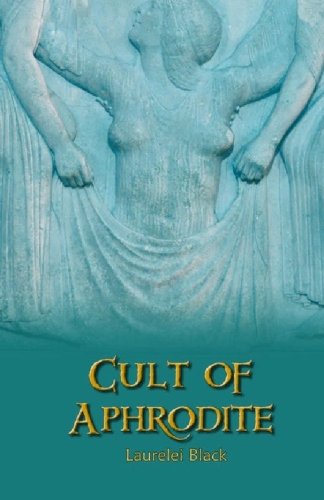 Cult of Aphrodite: Rites and Festivals of the Golden One
Buy Now

Ausōs - Goddess of the Dawn

This goddess ~ Venus / Aphrodite / etc ~ is probably also equal, in a number of ways, to an earlier 'Indo European' dawn goddess, given the name 'Ausōs'~ 'from the verb to shine' ~ equivalent to the Greek 'Eos', the Latin 'Aurora' and the Sanskrit 'Ushas' ~ 'the shining one'. The Germanic 'Ostara' may also have the same stem.

One can easily see the link between the shining dawn goddess and the shining 'morning star' ~ the planet Venus.

Thus, there is an overlap with these goddesses ~ goddess of the dawn and goddess of love, etc. This resulted in a separation between the two aspects, resulting in the Roman Venus and Aurora, for example, and the Greek Aphrodite and Eos. 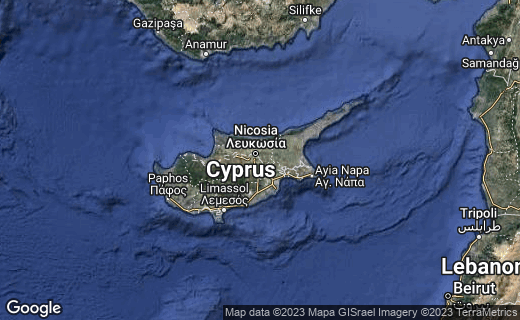 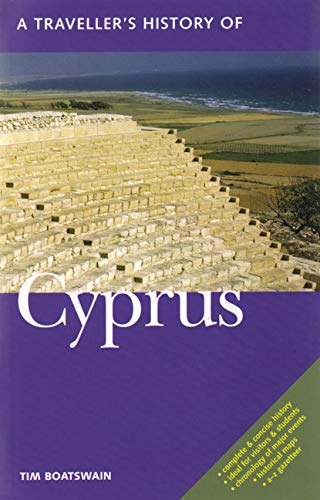 Venus the planet, often known as 'Earth's Twin', because of its size and mass, comes closer to Earth than any of the other planets ~ it is around 23.7 million miles away at its nearest.

In size, it is similar to Earth, being around 7,520 miles in diameter, compared to Earth's approximately 7,900 miles.

It is the second closest planet to the sun after Mercury ~ being about 67.2 million miles away from the star of the solar system ~ and it has an orbit that is close to circular, compared to the more oval orbits of the other planets.

Mercury and Venus ~ the two planets closer to the sun than is the Earth ~ are known as the inferior planets.

Phases of the Planet Venus

Venus over the Pacific

Venus shines so brightly that it may be mistaken for a star ~ indeed it outshines the stars. Depending on the time of year, it is known as the 'morning star' or the 'evening star'.

This is because, according to the date ~ and whether it is moving towards or away from the Earth ~ it may be the first 'star' to be visible at night (western sky) or the last 'star' to remain visible in the morning (eastern sky). At its brightest it is even visible during daylight. 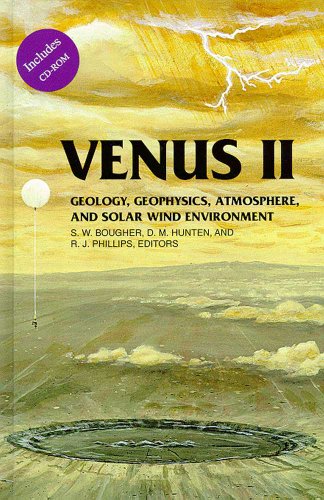 'Global view of the surface of Venus' - 'Radar mosaics from ... Magellan mapping ..[on] a computer-simulated globe .. create this image'

Venus is an extremely hot planet, with a surface temperature of about 870 degrees F. or 465 degrees C. and it is, consequently, very arid. This overheating seems to have been caused by what has been termed 'a runaway greenhouse effect'.

It's thick / dense atmosphere is made up, mainly, of carbon dioxide. Venus is enveloped in clouds of sulphuric acid, which have made it very difficult for astronomers to learn about the surface of this planet. However, they have now discovered that Venus has many level plains, several mountain ranges, thousands of volcanoes (but no apparent lava), valleys, canyons and some (relatively few) craters.

'Project Magellan' mapped the surface in 1990–91. There may once have been water on the planet, but, if so, this has long boiled away. The atmospheric pressure on the surface is very high. 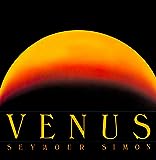 Unusually, Venus rotates on its axis in the opposite direction to the way that it orbits the sun.

This is more correctly known as 'the retrograde direction'.

Other planets rotate in the same way that they travel around the sun.

It has a short year, but a long day.

It has no magnetic field and no satellites.

Goddess and Planet - and Lucifer???

Because of its brightness and beauty Venus is considered to be 'the jewel of the sky' and the planet was named after the Roman goddess of love and beauty ~ equivalent to the Greek goddess, Aphrodite.

Later the Greeks accepted the Babylonian conclusion that this was one single 'wandering star'. The Babylonians called it 'Ishtar' (also known as 'Astarte') and the Greeks used their equivalent, 'Aphrodite' ~ the Roman equivalent being 'Venus'.

Interestingly, the name, 'Morning Star', is equivalent to a name with more negative associations ~ 'Lucifer', which means "bearer of light", in Latin (lucem ferre).

As a result, we have gods and goddesses with the names of stars and planets ~ or vice versa ~ and we have different cultures giving diffferent names to the same ~ or equivalent ~ deities.

We also have deities, apparently, splitting into two deities ~ or joining together as one deity. This is a rich, complex and fascinating subject. The more you learn, the more there is to learn.

The unmanned United States space probe to Venus, 'Magellan', was named after the 16th century Portuguese explorer of the same name. It has provided scientists ~ and the whole world ~ with the best available, high quality radar mapping of the planet's surface ~ enabling wonderful photographic-quality images to be produced.

As well as these American space explorers, there were a number of USSR 'Venera' probes exploring Venus between 1961 and 1984. Information was gathered from both the atmosphere and the surface of Venus (eg: 'Vega' and 'Venera-Halley' probes).

There is a Nasa site on the Magellan Mission to Venus, but it is currently inactive site. They welcome us and invite us to 'enjoy the site as a glimpse back at history'.

This is from the home page:
'NASA's Magellan spacecraft made a dramatic conclusion to its highly successful mission at Venus when .. commanded to plunge into the planet's dense atmosphere Tuesday, October 11, 1994. During its four years in orbit around Earth's sister planet, the spacecraft has radar-mapped 98 percent of the surface and collected high-resolution gravity data of Venus. The purpose of the crash landing is to gain data on the planet's atmosphere ..... '

'This home page offers Venus images taken by Magellan and other highlights from the mission.'

Some Books about the Planet Venus:

'Venus Revealed: A New Look Below The Clouds Of Our Mysterious Twin Planet' - by David Harry Grinspoon

Extract from an Amazon.com review:
'.... Grinspoon combines historical perspective on the nearby planet Venus and data from recent observations, notably the Magellan spacecraft's detailed mapping of the planet's surface and gravitational field. ...'

Extract from a 'Publishers Weekly' review:
'University of Colorado-Boulder planetary scientist Grinspoon clearly loves the subject .... the unfolding of our knowledge of "Earth's Twin." As a principal scientist on the recent Magellan mission to Venus, he quite naturally focuses on that project's discoveries .... Grinspoon ... conclud[es] that "... We should treasure every bit of knowledge and insight Venus can provide. It's the only twin we've got".' [Copyright 1996 Reed Business Information, Inc]

Extract from a 'Library Journal' review:
'Both authors are experts in the study of planetary science: Marov was the chief scientist for the Soviet Union's Venera missions, and Grinspoon was funded by NASA to study Venus. Their book is a comprehensive study .... ' [Copyright 1999 Reed Business Information, Inc.]


Extract from the 'Product Description' at Amazon:
'Shrouded by the thick clouds of a hot, dense atmosphere, the planet Venus - Earth's close neighbor in space - remained mysterious until recent decades. Today, with new data ... Venus has moved into sharper focus. This comprehensive book provides the most up-to-date and detailed analysis available ....'

In the case of the goddess Venus, she seems to have been stunningly beautiful, but with questionable morals.

In the case of the planet Venus, that, too, looks stunningly beautiful ~ from afar ~ but is, in fact, a hellish place.

Venus is 'the morning star', which can also be translated 'Lucifer' ~ I have a related hub on this subject:

Lucifer - Devil, or King, or Morning Star, or Something Else?

Planets and Dwarf Planets of the Solar System

The Solar System - Books Plus

The Complete Book of Our Solar System
Buy Now