Surely none of the men that came up out of Egypt, from twenty years old and upward, shall see the land which I sware unto Abraham, unto Isaac, and unto Jacob; because they have not wholly followed me:

Save Caleb the son of Jephunneh the Kenezite, and Joshua the son of Nun: for they have wholly followed the LORD.

And the LORD'S anger was kindled against Israel, and he made them wander in the wilderness forty years, until all the generation, that had done evil in the sight of the LORD, was consumed.

When other men saw giants, they saw possibilities and hope for a better future, when other men shrank from the task, they said push forward and let's get to it.

When other men were consigned to die in the wilderness, the awaited their inheritance with quite anticipation, serving their time and sealing their fate, in a positive manner.

When you read this chapter forward you will see that even though the Israelites were caused to wander forty years in the wilderness, they still did not learn, and as they approached their promised land, three tribes decided that where they were was good enough for them, and Reuben, Gad and some of Manasseh petitioned Moses to give them the pasture land in what is now Jordan and Syria.

Moses agreed, that they could build and house their cattle and womenfolk, provided that the men went forward into the land God promised them and served in the army to take that land.

Notice that Moses agreed , it does not say that God agreed , just Moses.

Ruben and Gad, along with some of Manasseh chose His permissive will, confirmed by Moses, who also failed to set foot into Gods promised land, because he had chosen Gods permissive will when he struck the rock for the second time, rather than listen to Gods perfect will instruction.

So Reuben, Gad and some of Manasseh got to fight the battles that won Gods chosen people Gods chosen land, but never got to own one square inch of it.

For Gods chosen land started OVER the Jordan river.

They stopped obeying God yards from the finish line, and centuries later, when the Gentiles were deciding where the boundaries for this new state of Israel should lie, those Gentiles gave Reuben and Gad's lands to the Jordanians, and Manasseh's land ended up in Syria.

Now I am a bible believer, which means that on occasion I am required to trust God implicitly, and like Shadrach, Meshach; and Abednego, need to know that if God tells me to walk into the furnace, He will be there with me to help keep me cool!

We cannot always understand what God tells us, but we can always obey knowing that if God is telling us, it's correct information and we can proceed with no fear.... doubts yes, trepidation probably, but no fear.

Don't stop short of the target.

Without fail all the success stories in the bible have been where the characters obeyed without question what God instructed them to do, and came out the winner, and equally all the disasters have been were people did NOT obey God, but had a better idea and followed that.

So as a bible believer I know that what God gives you nobody else can take away from you.

God may decide to let other people use His assets when it suits Him, and recently God has taken land from me to give to others, so I really do know what this means, but if God wants you to have back what He has given you, woe betide anybody who stands in His way.

God gave the promised land, to His chosen people, and that means that the Jews.... but who are the Jews?

Now fortunately God knows EXACTLY who is chosen and who is not, without a shadow of doubt.

The Jewish authorities kept very precise genealogies from time immemorial that traced their ancestry from Abram to Jesus, but those were destroyed when the temple was burned in 70AD by the Romans, and since that time no Jew has been able to prove with paper their heritage.

This lead to many anti semetic deniers gloating in the fact that no Jew could prove their right to the land, however God had allowed for these fools to be dismissed and when time was right, God allowed two scientists to provide the evidence (empirically proven no less ) that gave full providence to any Jewish blood line.

But that will show who has the bloodline, and will clearly be shown as most Jewish people share less than 150 'first mother' women's DNA, which has been preserved by the strict code of not allowing 'marrying out' from the faith.

My blood line is wide and varied, with Danish and Irish blood in an English body which resides in Spain and is not really sure where it belongs any longer.

Ashkenazi Jews (who make up 90% of the current world population of Jewish folk ) have remained almost unchanged since the diaspora.

No wonder the Satan whisperers and ungodly anti-semites hate Jews.

But who are the Jews, who are Gods chosen people who will inherit the land, did not the Arabs, the Palestinians also share not just the land, but a common ancestor in Abraham?

Well, yes and no, you see Abraham was a common ancestor, but the line split when Isaac and Ishmael went differing ways, and the Jewish ancestry comes down the Isaac lineage, whereas the Arab ancestry stems from Ishmael.

The net result is that DNA tests done on Arab Israelis show that there are shared DNA traces, but that also the Arab blood line has been intermixed with many other blood lines, making them a whole different people from the Jews.

Correction, for not all Jews have been as selective as the Ashkenazi have been, for the Sephardic blood line has been diluted whilst they lived in Spain and Portugal and Morocco since the diaspora.

Sephardics are still discernably Jewish in their DNA, but they have also added some Medditerranean stock along the way, no doubt due to the Spanish moves to forcibly convert them to Catholicism and the subsequent title of 'conversios '  who to this day still exist in Spain.

Family's called by Jewish names like Peréz or García, who are good Catholics (or even bad Catholics ) several generations down the line, and who sometimes have no idea of their Jewish heritage whatsoever.

In the video above you will find something which may surprise you, you will find a Roman Catholic priest who is Jewish, and Evangelical Christians who have Jewish blood.

Mostly they stem from Sephardic blood stock, which is to be expected for as I've stated, the Ashkenazi have stayed apart, and these Jews are those who have lost their heritage in many ways, for centuries, but as one woman tells us, God has revealed who they are at just the right time.

I have many Messianic friends who worship Christ on a Saturday and generally keep many of the Jewish traditions, if not the law!

Are they unaware Christians who have felt the draw of their Jewish blood?

DNA testing costs a couple of hundred dollars, so unless you really care, nobody has it done.

If I had the cash I would do it myself out of curiosity, for who I am in history has a part to play in my life. Always has done ever since I found out there had been men living bearing my name for the last few hundred years.

But we drift of subject, and if we were in the forums someone would call me for off topic!

Who are Gods chosen people?

Well definitely the Jews are, but apparently the diaspora has caused us to not know who exactly has that Jewish DNA in their bloodstream.

In Hitler's Germany it was sufficient for the Gestapo to find one Jewish ancestor in the previous six generations to have you declared 'tainted' and suspect.

The maths on that are as follows:

So if you had 1 in 126 of you ancestors with Jewish blood, you were at risk, an obviously the higher up that chain your Jewish ancestor was, the more the risk, to you.

Now can you see how determined Satan has been to destroy Gods chosen people, so driven that he has corrupted whole nations in an attempt to stop them being in possesion of their land, to stop Gods promises being fulfilled.

Still today the world seeks to stop God bringing His plans to fruition.

With the original Israelis God only found two men, Caleb and Joshua out of twelve sent into the land, who would obey and follow His commands, who would not doubt Gods word.

Today in secular Israel, there are many who would trade land for 'peace' - not realising or refusing to believe that God will not allow that to happen, that all they are doing is creating a worse scenario.

No wonder God has also hidden his 'remnant' amongst the peoples of the world, in the lost tribes of Israel, who disappeared after the Babylonian exile, and isn't it strange that just as Gods word has stated, the whole world is revolving around Israel.

Under six million souls surrounded by over 300 million Muslims who want to annihilate them.

Who are backed up with the resources of 1.5 billion fellow Muslims.

Can you name one of those ten men who went with Caleb and Joshua?

And I will make of thee a great nation, and I will bless thee, and make thy name great; and thou shalt be a blessing:

And I will bless them that bless thee, and curse him that curseth thee: and in thee shall all families of the earth be blessed.

Will you be part of the blessing or will you be cursed? 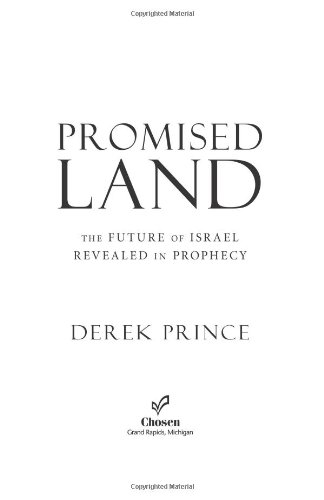