The story of the Chase Vault is a story of possibly paranormal happenings on the tropical Island of Barbados, back in the nineteenth century.

What actually happened there remains the Island's secret, but rational explanations of the event are few and far between and most people continue to believe that the cause was indeed paranormal in origin. 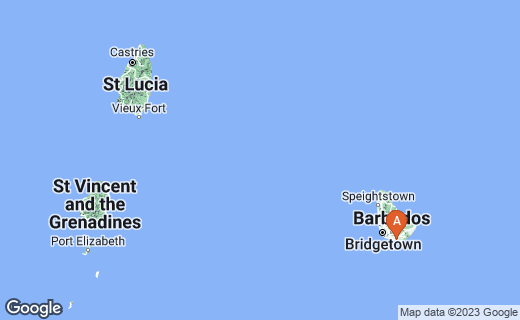 The Building of Chase Vault

Barbados is a beautiful tropical island located at the easternmost edge of the West Indies group of islands, and it is here that the story of the island's secret is set.

Overlooking Ostin's Bay, is a Barbadian place of worship called Christ Church and in its grounds was built the structure that would become known as Chase Vault.

The Vault was originally built for a man called James Elliot in 1724. The vault was constructed in such a way that half of it was under the ground. It was not a huge building, measuring only twelve feet long by six and a half feet wide, but it was a substantial construction fashioned from heavy marble. The large door to the vault was also made from marble and required six or seven men to move it, and it was to be sealed in place with cement. Unfortunately, Elliot, who had commissioned the vault for himself, never got to be buried there.

The vault remained unused until the 13th July 1807, when a Thomasina Goddard was eventually buried there. Around a year later in 1808, the vault was acquired by the extremely wealthy and powerful Chase family. The head of the family, Thomas Chase, was said to be the most hated man on the island. He was described thus in The Peoples Almanac " The head of the family, a man with a vicious temper, was so cruel to his slaves that they had threatened his life".

On February 2nd 1808, the Chase vault received it's first resident - the body of Thomas Chase's two-year old daughter, Mary Ann Maria. The vault seal was removed and on entering, it was observed that Thomasina Goddard's coffin was undisturbed.

On July 6th 1812, the vault was again opened to accept the remains of Dorca Chase - Thomas's other daughter. According to The Peoples Almanac, when they entered the tomb, the coffin of Mary Chase - A heavy lead casket - was discovered to have been disturbed.

A mere month later on August 9th 1812, the tomb was again opened to accept the earthly remains of Thomas himself. When the seal was cracked and the tomb entered, it was reported that both of the Chase girls coffins had been disturbed.

Mary Chase's heavy lead coffin was said to have been hurled from north-east corner to the other side of the vault with such force that it had landed on it's end, head downward. It the absence of any other rational explanation, it was assumed that the disturbances had been caused by thieves or vandals. The coffins were replaced in their original positions, The huge stone door was replaced and the tomb once again sealed.

September 25th 1816 required the vault to be opened once again to receive the body of yet another infant - the young Samuel Brewster Ames. Once again, apart from Thomasina Goddard's casket, all the other coffins had been disturbed, including Thomas Chase's coffin which was said to be so heavy that it required eight men to lift it.

The dissarayed coffins were for the third time replaced in their positions before the tomb was once again sealed.

July 17th 1819, it was necessary to open the tomb again to receive the body of Thomasina Clark. By this time, word of the mysterious coffin movements had attracted the attention of the surrounding population, and the Governor of Barbados, Lord Combermere attended the burial.

Once again the coffins were found to have been scattered over the burial space. The Governor and his staff made a thorough examination of the vault, including checking the walls for any secret entrance.

The wooden coffin of Thomasina Goddard was said now to be falling to pieces. It was tied together to try to preserve it's integrity and it was placed against a wall. The remaining scattered lead coffins were once again put in their proper places, and Thomasina Clark's new wooden coffin was placed amongst them. Sand was scattered over the floor to show any footprints and the massive door was again placed in position and sealed with cement. The Governor's staff placed their official seals into the cement as an extra precaution against interference with the cement.

Eight months after Clark's burial, on April 18th 1820, the vault was ordered to be re-opened. The first signs were good with no evidence of tampering with the official seals. However, when the stone door had been removed, it was discovered that every coffin, with the exception of Clark's had been scattered. The sand on the floor showed no sign of having been disturbed, neither was there any evidence of flooding or possible earthquake movement, 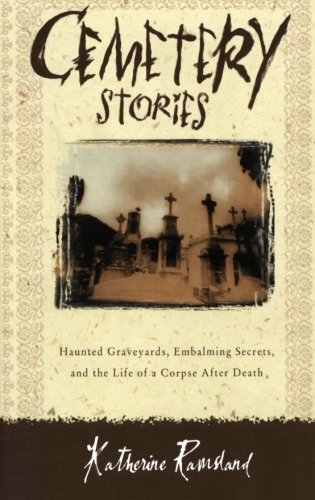 Cemetery Stories: Haunted Graveyards, Embalming Secrets, and the Life of a Corpse After Death
Buy Now

This final incident proved to be the last straw and the vault was abandoned shortly afterwards with the bodies being re-interred elsewhere.

The vault was never demolished, and remains in Christ Church's grounds to this day. It was not used again.

If you are looking for a possible resting place yourself at some time in the future, you might be interested to know that the vault is still vacant.