Christians and Self Defense:

[A missionary friend of mine, Rev. Mac, wrote this for a small group of people who were studying the issue of what the Bible had to say about self defense.]

This question comes up every so often and I'd like to hit it from a slightly different angle. When discussing any topic and using the bible as the final authority people tend to raise the objection - "That's only your interpretation, after all you can make the Bible say anything you want it to."

There are many methods that could be used to interpret any document. Some of these methods are so familiar that you naturally follow them without even realizing it.

Others are quite strange and include things like reducing each word to a numerical value in an effort to see hidden meanings in the text! It all depends on what you believe to be true about the document you are studying.

The most accurate and universally accepted method of interpreting any document is the Historical-Grammatical method. In short: a document can only mean what the author intended it to mean and must be understood in light of the time and place it was written and the original audience that received the text. 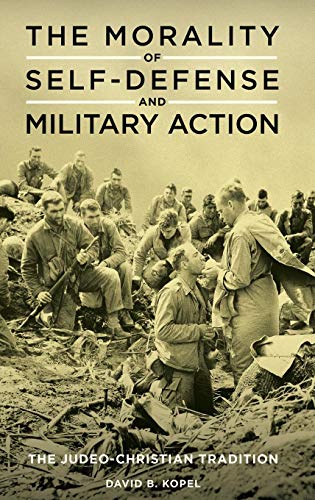 The Morality of Self-Defense and Military Action: The Judeo-Christian Tradition
Buy Now

The words have meaning and were chosen by the author to convey that meaning in the normal way that words are understood in human communication.

Now that is not to say that every word or phrase is to be taken LITERALLY. Human communication takes many forms, figures of speech, allegory, metaphor etc.

When Jesus said, "I am the door", He did not mean He was a hinged piece of wood. He did have a very specific meaning though, and the historical-grammatical method seeks to determine that meaning and holds that His intended meaning is the only possible meaning. ANY OTHER METHOD OF INTERPRETATION CREATES AS MANY "MEANINGS" AS THERE ARE READERS.

Using the historical-grammatical method of interpretation you first need to determine the concept of the use of force taught in the Jewish scriptures. Even a casual reading of the Jewish scripture will reveal that God's people engaged in war, capital punishment, and armed-lethal self-defense. Weapons are viewed in a positive light when employed in these purposes. When used for evil, the person is always blamed and not the weapon. Once the Jewish concept is established (historical context) you need to examine the Christian scriptures (if you hold them to be an authority) to determine if that concept of the use of force or the use of weapons is altered in any way. 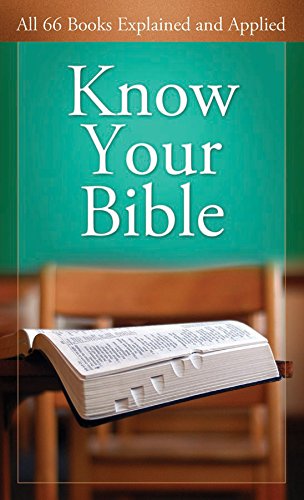 The fact that there is almost no direct teaching on the use of force in the New Testament is evidence in itself that the Jewish concept of the just use of force was not being altered in any way. Luke 22:36 is one of the only clear references to the use of weapons in the NT and it is 100% in accord with the already established Jewish concept of self-defense. Another passage that illustrates this is Acts 23. A plot to kill Paul is hatched (by 40 assassins) and he is moved by night to another city. As protection he receives an armed escort of 200 soldiers, 200 spearmen, and 70 horsemen. There is no objection by Paul and no comment as to why this is incorrect by Luke (the author).

Paul directly teaches that God ordains the just use of force by the government for the punishment of evil - Rom 13:4. Again, this is in accord with the Jewish concept of the use of force and indicates that Christian scripture does not alter it.

In many NT passages "use of force" illustrations are used to teach SPIRITUAL concepts. EXAMPLES: A man defending his home from robbers - Luke 12:39, serving God like a good soldier - 2 Tim 2:3-4, putting on the whole armor of God - Eph 6:10 & 13. That such examples were used strongly indicates that the just use of force was an acceptable concept to both Jesus and Paul. It is absurd to think that a person who taught that the use of force was wrong would use military life, or home defense to teach positive spiritual concepts.

In the Sermon on the Mount, Jesus' teaching about "turning the other cheek" was in response to a clear case of petty annoyances that were insulting. Nothing in these verses mandate a refusal to protect yourself or your loved ones when life itself is being threatened.

Now in all of this, please do not miss the fact that the Jewish and Christian scriptures are not primarily about the use of force, though they do give us moral law that governs its use. The central teaching of the Bible is that mankind, all of us, are in rebellion against God and we need to lay down our arms and turn to Him for forgiveness. Fortunately that does not mean you have to be a chew toy for the evil beasts that stalk this earth.

[Aside from my interest in firearms and self defense I also love to cook. You can check out one of my many great recipes here.]