The three Avatars of Shri Vishnu - Ram, Krishna and Buddha are more popular than his earlier Avatars and are worshiped individually by lakhs of devotees. Read about the first six Avatars of Lord Vishnu here.

Given below are details of this 4 avatars - Shri Ram, Krishna, Buddha and Kalki.

This Avatar of Lord Vishnu appears on Earth in the Treta Yuga and kills the demon Ravan who had received a boon from Lord Brahma. Lord Rama is one of the most popular gods in the Hindu religion and also the central character in the great epic Ramayana. The character of Ram is that of an ideal person. He is an ideal king, ideal son, ideal husband and an ideal brother.

This Avatar of Lord Vishnu appears in the Dwaparyuga and kills the Demon king Kansa and plays an important role in the Kurushetra War. Lord Krishna is one of the most popular Gods in Hinduism and portrays an important role in the great epic Mahabharata which is the story of rivalry between the Pandavas and the Kauravas. Lord Vishnu also appears in his Viswarup in front of Arjuna and also gives a long discourse to him to remove the reluctance of Arjuna to fight against his relatives during the War. The death of Krishna marks the beginning of the Kaliyuga.

This Avatar of Mahavishnu appears in the Kalyuga when the true devotion to Vedas was replaced by empty rituals. To enlighten the world, Lord Vishnu descended the earth as Buddha, the enlightened one. In this avatar he teaches the world that in order to remain happy one has to curb all attachments and desires in order to remain happy. Buddha was born as the crown prince of Kapilavastu born to Mayadevi, the wife of Sakya King Shuddhodana, in the Lumbini forest and was named Siddarth In the due course he gets married and even has a child. Siddhartha who was saddened by the sorrows around him renounced the throne to find out the meaning and the absolute truth and to lead the world on the path of peace. He leads a hermit's life in the forest and one day became the enlightened one. His teachings sow the seeds to the religion of Buddhism which is now very popular across the whole world. Gauthama Buddha preached about the necessity to follow a balanced and harmonious way of life.

It may be noted that during the Ram Avatar and Krishna there are some common characters. Goddess Lakshmi plays a part along with her husband as that of Sita and Radha respectively. Another character which is found is the Adishesha as the brother of these avatars as Lakshman and Balram respectively. During both these avatars is also seen. He is the loyal devotee of Ram in Ramayan and is seen in conversation with Bhim, one of the Pandavas in Mahabharat. 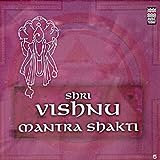 The tenth Avatar of Lord Vishnu is yet to appear on the earth. This avatar named Kalki is expected to appear at the end of Kali Yuga, the age we are in at present. According to Hindu Mythology, Lord Vishnu will incarnate himself as Kalki, the terminator and will come riding his white horse and with his blazing sword in hands to punish all evil doers in this world, destroy this world and recreate a new age again, the new Satya Yuga. Nostradamus also have predicted about this ‘final judgment’ and end on 3927 AD. There is a lot of hype around the Mayan Calendar which shows the end date of December 21, 2012.