Glendon and his wife have led church ministries, conducted empowerment seminars, and travelled to faraway places on business and vacation.

Keanu Reeves plays the role of Neo, the messianic protagonist, who is plucked from the matrix to join the humans in the battle for the planet. He becomes a crew member of a battleship captained by a philosopher warrior called Morpheus.

What caught my theological attention was the infusion of powerful ideas from major world religions including Christianity. No doubt Christian books in decades to come will deconstruct the allegories of salvation history which the Wachowski brothers borrowed from the doctrines and traditions of the Christian church.

Religious Themes in the Matrix Trilogy

According to SparkeNotes "Released on Easter weekend in 1999, The Matrix suggested a parallel between Neo and Christ, both of whom are resurrected. Neo is referred to throughout the Matrix trilogy as the One, that is, the chosen one, which also describes Christ—a messiah, sent to deliver salvation. References to Christianity proliferate in the films, and the Matrixfilms are an allegory for the Christian faith and that Neo is a modern-day Jesus. This interpretation is only one of the many possible readings of the films' symbolism and references. The Matrix trilogy is remarkable for the breadth and depth of its religious references, not just its references to Christianity."

Christians should not claim monopoly of the spiritual template of the film, the trilogy is nuanced by the philosophies of Judaism, Eastern religions, Hinduism, and others. Look deep enough and you will discover shades of Gnosticism and Buddhism.

In Gnostic religion, man is saved from ignorance by acquiring knowledge. For Gnostics, knowledge, not faith, is the true basis for spirituality. Neo becomes a liberator by coming to understand himself.

SparkNotes goes on to say that "The Matrix itself parallels samsara, an illusory state of reality that is not what it appears. Samsara refers to revolving worlds that develop, reach heights, collapse, are eliminated, and then ultimately are replaced by other worlds. The goal of some Buddhists is to escape from this cyclical pattern of doom and eternal pain, which they believe is possible...Karma allows people to shape their next life." Practicing Buddhists of all sects meditate to discipline their minds. SparkNotes says "Morpheus trains Neo with the programs to free his mind and realize his potential based on freeing himself from laws. The training is not intended to teach new skills, since these skills can be easily downloaded, but to liberate Neo from the bondage of rules and to free him from the trappings of the world."

I am not surprised that a post-modern movie does not pay ultimate homage to Jesus Christ of Nazareth, Son of the Living God, for the devil is the prince of this world. But by drawing from the deep roots of the Christian tradition and presenting Neo as a modern day Jesus, the producers have admitted in passing that the world needs a Saviour.

I was quite impressed by the concept that the world of our sense cannot be trusted.

Whether or not you are a conspiracy theorist, you cant help but believe that there is a secondary reality, a real plot behind the daily news. The Matrix trilogy screams conspiracy and more.

The writers seem to assert that there is more to existence than the material world our human bodies occupy.

They enter the virtual world of the matrix to fight against evil agents and further the agenda of Zion, the secret underground city of humans.

Yes people, there is another dimension out there. For in the word of Apostle Paul we wrestle not against flesh and blood but against principalities and powers, against spiritual wickedness in high places.

The great controversy between good and evil as told in the Bible from Genesis to Revelation is real. And we lose sight of ultimate reality when we allow this present world, the allegorical matrix, to trap our consciousness with its pride, pleasure, and power.

Ask Jesus to forgive you and deliver you from evil. Spend time in prayer, meditation, and Bible reading to free your mind and grow upward. For Jesus Christ of Nazareth, Son of the Living God has promised to return and free us from this evil world, this matrix. 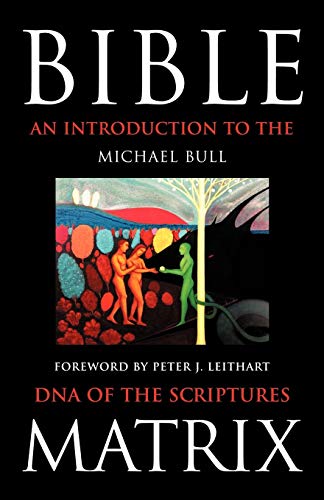