The study of what is and what is not, what could be, what should be, and why or why not; such is philosophy. If the first thought by man was that he was hungry, the second would have most likely been whether or not he had the right to kill what he had just eaten. The essence of philosophy has been not only answering the questions of life-both the most complex and the most simple-but also discovering what questions to ask. Philosophers come from all walks of life, from all around the world. For the most part, there are two main groupings of philosophy: the East and the West. The philosophers of Europe and America are considered Western while those from India and Asia make up the Eastern. The earliest of Western philosophy included the minds of ancient Greece, debating how to live a moral life, how the world was made, and so on. As time went on, Western philosophers continued to ask the same question, but a large portion of their discussions turned toward the theological, particularly with the advent of Christianity. Eastern philosophers were also concerned with how one should live their life, but their philosophies accepted some basic principles, including a basic energy that made up and directed the world known as Tao, or the Way. Sun Tzu from the East, and Friedrich Nietzsche from the West are two popular philosophers who each provided quite compelling arguments for their beliefs while sharing some principles and many differences. 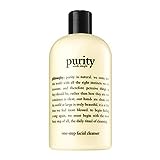 The Strengths of Sun Tzu's and Friedrich Nietzsche's Philosophies

Friedrich Nietzsche was born in 1844. The son of a Lutheran pastor, Nietzsche's father dies when he was about five, leaving him to be raised by relatives. Originally, it was thought that Friedrich would follow in his father's footsteps. As he came of age, however, Nietzsche has abandoned his religious studies and went instead toward the philosophical (Kemerling, 2006). This shows us an important strength to Nietzsche's arguments, which later spoke out against the Church in favor of man's strength over his own destiny. He attacked the pillars of religion not without understanding those pillars, but only after having been raised under religious tradition and studying both sides of the same coin. Nietzsche has been attributed with several works including The Birth of Tragedy; Human, All Too Human; Beyond Good and Evil; Will to Power; and more. The key factor of Nietzsche's philosophy, which has remained for more than two centuries, is his concept of Ubermenschen-or, Supermen. Nietzsche touted that both religion and traditional philosophy had erred horribly. Moore and Bruder referred to Nietzsche’s philosophy as nihilistic—attacking or devoid of morals (2008). In reality, Nietzsche was trying to explain a greater calling to those great enough to meet the challenge. These other schools of thought had been around long before Nietzsche, purporting to show mankind the truth and the right way to live. Just as one can easily do today, Nietzsche looked around and saw the misery, the inequality, and the shortcomings on these philosophies and religions. Instead, Nietzsche wanted others to see that it was the rare individual who transcended the strictures of social sanctions placed upon us-the Supermen-who would create their own moral code, their own rule, and lead us toward a better tomorrow.

Perhaps one of the most widely known and quoted philosophers of any time frame in any place, Sun Tzu has been attributed with a single great work--The Art of War. Considered a cornerstone of both Eastern tradition and philosophy as well as good business strategy and a guide to winning any sort of competition, Sun Tzu's work came about sometime between the 5th and 6th century in China. Built mainly on the Taoist tradition, Sun Tzu did not try to strike out against his forefather's or even his contemporaries philosophies. Instead, Sun Tzu chose to assist his lords by providing helpful, insightful advice. He stayed in the background most of the time. While The Art of War is well documented and historically recorded, its author remains a bit of a mystery with each bit of information contradicting another source. In fact, this may have been a grand tip of the hat to Sun Tzu's own philosophy, making himself a difficult target for his enemies. Sun Tzu believed that the Tao was indeed part of everything in the world. The Tao was life. Sun Tzu believed that through subtle and careful planning and manipulation, the Tao could be re-routed. He was not a strong believer in thinking that man could alter the flow of Tao, only that those who were wise could influence it. Sun Tzu made no effort to discern right from wrong in his teachings, only wise. Wisdom was righteousness in Sun Tzu's philosophy (Moore & Bruder, 2008).

The Comparison of Nietzsche and Tzu

Both Nietzsche and Tzu believed that it was the individual who could change the way of the world. Nietzsche gave these individuals who would transcend the mundane: Supermen. Sun Tzu called them merely wise. With the proper will and the proper capabilities, those who were truly great could influence and shape the world. Victory and power did not rely on the many. Instead, it relied on the few. Those few were not chosen by some divine decree. Instead, those few were made--made by themselves in their own image.

Nietzsche and Tzu did differ on some major points, though. Nietzsche was like a giant hammer. He lashed out at those before him and those around them. He spurned them for their faith and their philosophy. He chortled at their theories and attacked them at every turn. Tzu, on the other hand, made peace with those who differed from him. He believed that their wisdom was merely different from his. He did not claim to be great or even have all the answers. The knowledge he attained he often attributed those who had come before him, and his ability to observe and retain. Sun Tzu was an advisor to lords. Nietzsche was a sickly, bitter man. Sun Tzu believed that people would influence the world slowly, by finding the right way to make the right steps. Friedrich Nietzsche believed the opposite. He believed that trying to move slowly and find a way to make the right steps without disturbing the status quo was foolhardy and ignorant.

A Personal Comparison of East versus West

As mentioned earlier, much of the Western philosophers a rooted deep within religion, particularly Christianity. The philosophers of the East, however, do not find themselves along the same path except for their concept of the Tao or center and balance as an over-arching energy or cosmic truth. While I myself am a Christian, I find the deeper concepts as to the why something is and how it should be done, are better handled by the relatively morally oblique Eastern codes. While it is unfair to call the Eastern philosophy lacking in morals, as many are built upon very strict morals, there is a greater capability to interpret these morals than there is with those specific strictures laid forth by the Bible and within Western philosophy. The Eastern philosophers never claim to be great, only seeking greatness. The Western philosophers--while never necessarily claiming to be great themselves--do claim to know the secret to greatness. It is this hypocrisy and laughable double standard that pushes me more toward the tenets of Eastern philosophy.

It would be quite an undertaking to try to comprehensively compare the full variations, similarities, and differences between both the Eastern and Western philosophical disciplines. Even within each of these groupings, there are many differences and shared concepts. Friedrich Nietzsche and Sun Tzu were great philosophers of the past. Their words and their works remain seminal pieces in the history, philosophy, and strategies of today. We read them, and we try to learn from them. Many of us takes what works from their works and try to decide upon on our own moral code and way of thinking. Overall, both philosophers made great points that bear universal truths no matter what part of the world or what time period you are in. In reality, the only truth the matters, is the truth one finds for themselves.