How I Overcame Some Challenging Transitions 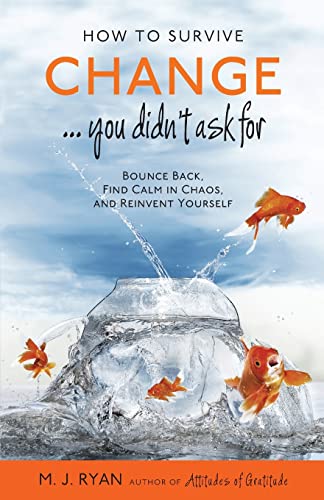 How to Survive Change . . . You Didn't Ask for: Bounce Back, Find Calm in Chaos, and Reinvent Yourself (Uplifting Gift, Coping Skills)
Buy Now

The year was 1999: two years after leaving an 11 year marriage and my residential house of 6 years. In August 1997, I had returned to my childhood home to stay with my mom for a season of emotional healing and renewal, which lasted till February 2003 (much longer than I had intended). Although grateful for an alternative place to live, the dilapidated environment of leaking bathroom pipes, a crumbling kitchen ceiling, broken windows, and peeling paint inside and outside of house generated feelings of shame in my new living conditions and resentment at giving up my house with its renovated bathroom and structural soundness. However, I learned to thankfully focus on the blessings of heat and hot water instead of fester on my displeasure at bathing in a bucket placed in the tub to circumvent faulty plumbing and diminish water from leaking into the kitchen.

Faith is the first source of survival during transitions of hardship in my life. I always believed that in spite of limited finances and no visible resources, circumstances would improve for me and my mother.

At the time, I was working as Assistant Program Manager for Rockaway Vendor Housekeeping Services until February 1999 when the bus I was traveling to work on stopped short to avoid hitting a car that had run a stop sign. I was thrown from my seat in the back and slammed face down into the floor a few feet away from the bus driver. This accident resulted in facial contusions, bulging discs in my back, degenerative nerve damage in my neck, and a groin hernia that had to be surgically repaired.

I also suffered from severe cash-flow depletion due to my personal ignorance regarding such matters and my poor choice in counsel. I never received lost wages, ended up paying cab fare to go to and from physical therapy, and my disability check was 2/3 less than my usual pay. I was in pain, stressed-out, frustrated, uncertain, insecure and afraid. Not prone to being ill for long periods of time, I didn’t understand what was happening to my body, how this turn of events was going to unfold or how long it would last. However, since 1997 I had repeatedly told co-workers, friends, and church advisors, “I don’t know when or how, but I will not be at my job long. By my 40th birthday in 2000, I want to be doing my reason for being”; and in 1998, I confessed a desire to move into fulltime ministry.

Discipline is the second source of survival during transitions of hardship in my life. I needed to establish some practices that would serve as action steps toward the manifestation of my heart’s desire.

Four months into the disability leave, I determined to maximize my time at home if I was going to be serious about my writing. I purchased the 1999 Writer’s Market and dug out copies of my old writing magazine subscriptions and identified some poetry contests. Over the next several months to a year, I submitted old and newly created poems for requested themes by the specified deadlines; and also joined some spiritual and writing organizations (e.g., volunteering with the National Writers Union and becoming a delegate) and book clubs; subscribed to writing magazines; and completed and copyrighted a poetry manuscript (the first draft of On Solid Ground).

My disability benefits maxed out in September 1999 and I still needed four more weeks just to heal from the hernia surgery, in addition to the nerve damage in my neck. During this time, my faith-walk kicked up a notch as I began to insert my name in the appropriate places of scriptures that applied to my present situations and the situations that I desired to experience. I declared them out loud in my conversations and in my prayers and praise, making my way by speaking them into existence. I listened to, read, and studied God’s promises for me until they became rooted in my spirit and I could easily and quickly counter attacks of doubt and depression with positive affirmations and scriptural confessions of faith.

(Romans 4:17b) “… in the sight of God in Whom he believed, Who gives life to the dead and speaks of the nonexistent things that [He has foretold and promised] as if they [already] existed.”

Perseverance is the third source of survival during transitions of hardship in my life. I had to keep believing and striving forward in spite of difficulties, opposition, and discouragement. 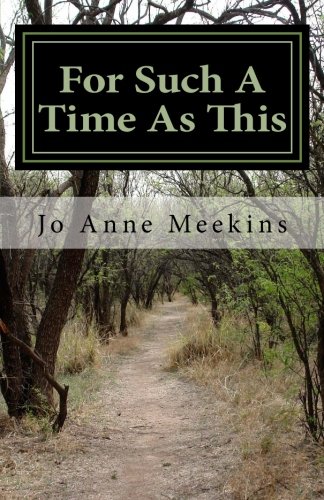 The year 2000 was uneventful and financially lean, stirring up constant doubts that caused me to second-guess myself and God’s direction for my life. It was a challenge to stay focused, disciplined, obedient, creative, and consistent; to not give up, believing that God would do what He said in spite of how I felt or what it looked like. Although one of my poems was published in a poetry anthology, I wasn’t winning any contests; and in December 1999, I chose to resign from the company I had worked 13 years with because of the pressure to return before I was physically ready, the knowledge that my heart wasn’t in it anymore, and the belief that God had a greater plan and purpose for me.

To keep my phone on and pay for basic personal items, I was encouraged to dust off my Express Yourself Creations home-based business and provide some writing services – framed and sold a couple of the poems from my manuscript; wrote and framed a personalized tribute for a friend’s mother; and did some editing for a friend and business associate. I also received some unexpected monetary gifts from people that I had been a blessing to throughout the years as I was able.

Seizing Opportunity is the fourth source of survival during transitions of hardship in my life. I stayed open to and listened out for alternative income sources.

By the start of 2001, I began looking into the job market again. A friend told me that Con Edison was hiring, so I took the test and started the eight-week paid Customer Service training in March 2001. Although I had no desire to answer phones, I enjoyed the weekly paycheck and the psychology of the training course. I was the top student in my class. After the last day of training in May 2001 on the same day that I aced the final exam, I was a passenger in another motor vehicle accident. Dazed and gripped by the feeling of déjà vu and the aggravation of my prior injuries, I was strapped to a board, transported to the hospital, treated and released.

I followed the leading of my inner spirit regarding the selection of legal counsel and trust for His provisions, which was easier to do this time around with no health coverage and meager finances. I experienced God’s guidance and favor from beginning to end and gracefully eased through the process, unlike the first accident when I reacted to the situation in fear and ignorant vulnerability. And when Con Edison terminated me “for being out more than ten days due to the car accident,” I was relieved that I wouldn’t have to deal with self-pressure or employer harassment to return to work before I was truly ready. I survived off of lost wages and related expenses paid expeditiously.

In 2002, I reconnected with a childhood friend who was working at the New York Christian Times (NYCT) in Brooklyn. She got me an interview with the publisher and I consented to write two unpaid articles on assignment in April (a Good Friday Service) and May (a Friendship Day Program), both published in their respective 2002 editions of the paper. In July 2002, I was hired at NYCT as Office Administrator with a weekly stipend and no benefits. I gained experience with the opportunity to write up my interview with businesswoman Cynthia Boone that was published twice in subsequent editions.

Continuing Education is the fifth source of survival during transitions of hardship in my life. I satisfied the need to increase my marketability by sharpening my knowledge in my desired area of expertise.

In September 2001, I was able to start classes toward a certificate in Communication Skills at NYU School of Continuing and Professional Studies through the lost wages from the second accident. The case was settled within six months, enabling me to pay the required tuition and complete the certificate program in the fall of 2002. Both settlements were disappointing and the settlement for the first accident took so long I can’t even remember when I received it. Yet I was grateful that the monies allowed me to help my mom, educate myself and take care of some necessities.

I was laid off from NYCT after the holidays in December 2002 and a friend told me about a free Adult Occupational Training Program that had sites in each borough. I applied for and began the Computerized Office Technology certificate course at the Queens Adult Learning Center in Long Island City. I became ill soon after I started classes, with a severe case of bronchitis from staying in my mom’s house for three days with no heat after the boiler broke in February 2003. I moved in with my spiritual mom for a season, depleted the remainder of my finances to pay for medicine and emergency room costs, and then applied for public assistance to pay rent and basic needs. I was told that I had to report to a program to qualify for benefits, but thank God it was in the same building as the certificate program and my case manager allowed me to sign in each day with her and then go continue my training classes, where I was the top student again.

In April 2003, I received a phone message to call and schedule an interview for a procedure writer position at Healthfirst, Inc. I was shocked and afraid because I had never applied to that company and to this day am not sure if my childhood friend from NYCT who also worked at Healthfirst floated my resume or if they found my resume on Monster.com or Careerbuilders.com. Moreover, I lacked confidence in my writing abilities and this move into the corporate arena, but could not pass up what I deemed a God orchestrated opportunity. I was referred to the Dress For Success organization, where I was able to get free business attireand the power suit I wore for the interview.

In May 2003, I had to end the training program early because my new position at Healthfirst started on the same day I was supposed to start a job working for the welfare check. My position at Healthfirst was newly created and filled with my hiring after being previously serviced by an outside consultant. God is good all the time and His timing is awesome! Even though I was unable to finish the Microsoft Access portion of the training or go to the June graduation ceremony, I still received my certificate; and remained an employee of Healthfirst as Procedure Writer until I resigned July 30, 2010 to pursue my soul purpose and ministry vision full time.

(2 Timothy 2:15, AMP) “15Study and be eager and do your utmost to present yourself to God approved (tested by trial), a workman who has no cause to be ashamed, correctly analyzing and accurately dividing [rightly handling and skillfully teaching] the Word of Truth.

Faith, Discipline, Perseverance, Seizing Opportunity, and Continuing Education are the sources of survival during transitions of hardship in my life that lead from famine to fruitfulness.