Facts On The Paranormal Historical Places

Postcard photo of the wreck

This haunting is related to a train disaster(Lake Shore and Michigan Railroad Company) Howe-truss bridge, near Ashtabula, Ohio dates back to December 29,1876, during a winter storm carrying passengers that collapsed into the creek below burying many passengers under the ice. Many passengers were burned to death while some bodies were cut in half.Those bodies that were found were buried in one grave together, no wonder they are haunting the Chestnut Gove Cemetery. The facts of the train wreck:

The cemetery is haunted by those who perished that fateful cold winter night in December of 1876 one of the worst train wrecks.

Juan Manuel de Ayala (1745-97) was the first Spanish explorer 1775 to map the island christening it La Isla de Los Alcatraces, or Island of the Pelicans, because of the large population of sea birds. President Millard Fillmore (1800-74) reserving the island for military use when he signed the order in 1850 then a fortress was constructed on Alcatraz which housed a hundred cannons. This was to protect San Francisco Bay. The West Coast’s first operational lighthouse. The army had begun holding military prisoners in the late 1850's on the island.

In the 1870's Natchez Winnemucca, respected chief of the Pyramid Lake Paiutes, was arrested and sent as a prisoner to Alcatraz. His crime: Attempting to resist and expose the corruption of the government's agents on his reservation. Natchez did not stay on "The Rock" very long, but other Indians, guilty of the "crime" of resisting white conquest, were frequent visitors to the prison. Now in 1969 modern-day Native Americans are attempting to claim Alcatraz Island in order to both obtain facilities for educational programs and to publicize the desperate circumstances under which Indian people live..... There is little question but that the Muwekma Indian people of San Francisco and the Hulueko [Coast Miwok people] of Marin County were, in the old days, frequent visitors to all of the islands in the San Francisco Bay. … ...The Native Americans on Alcatraz are saying that they want to have a place where they can control programs which will benefit both Indians and non-Indians. Those who can see into the future will agree, I think that an Indian museum, memorial, and educational center on Alcatraz will be of great benefit and value to all California, regardless of race.

To all those who passed through Alcatraz it would be no wonder that many have seen the ghost of those who from so long ago lived there. The island itself is isolated, surrounded by water that is freezing cold and shark inhabited. Many times the island is surrounded by heavy, thick fog giving it even more eerie appearance. The Native Americans believed that evil spirits haunted the island so sometimes a tribe member would be sent to live on the island as a punishment sometimes lasting for long periods of time while some would remain there the rest of their life. There has been a lot of misery and suffering associated with Alcatraz Island from the very beginning.

Many haunting have occurred on the island since its beginning. Here is a list of some of the haunting. Visitors and staff have all been witness to the paranormal activities that still happens today. Today it is now a tourist site to visitor that holds a part a of history from so long ago.

Many prisoners were tortured, chained to tables put in cell block D and the strip cells so it's no wonder that it is connected to being haunted. 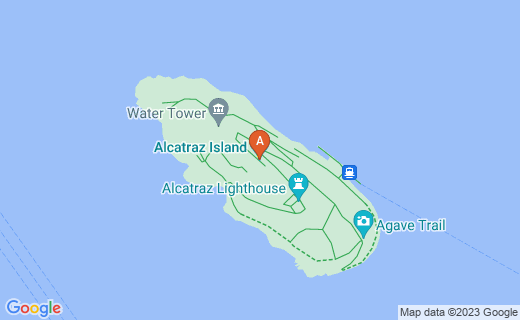