Few temples of Lord Brahma .. why so ?

Despite Lord Brahma being one of the Trimurthi - the three major Gods of Hindu religion ( Other two being Lord Vishnu and Lord Shiva ) , contrary to the hundreds and thousands of temples dedicated to the other Gods , Lord Brahma hardly has temples countable on fingers .

According to the hindu mythology , the reason for this is assumed to be because of a curse that prevents any hindu follower from worshiping lord Brahma . The story goes this way ....

The story continues with Bhrughu visiting Lord Shiva and lord Vishnu . I will not mention it here ,since its not much relevant to this article .

However, if you are eager to know the complete story , here it is : The story of Tirupati Balaji. 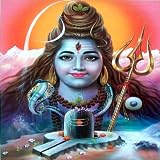