Do Not Believe Lies

Gary has a Ph.D. from Bible University of Canada, ls a student of the Bible, and loves sharing that knowledge with others any time or way.

The Love of God aginst the World of Lies

Please note: The Gnostic Gospels are not accepted as part of the Bible however can be used when appropriate as a historical document of the time period they were written. The authors of the documents plagiarized some of the subjects for their familiarity of the name on the document. Take for example the current headline "Jesus Twin Brother."

This is a Gnostic stretch of the truth. Jesus Christ did not have a twin brother according to any historical document that is accepted as fact for the Cannon. Don't react to sensational headlines that draw you into someone's article based solely on the headline, mine included. It is hard enough to get people to study the true Bible.

Let us take a serious look at the issue of whether there is a real Spiritual world or whether we live in only a Material one. Take for example the beginning of life. Do not believe the lie of those that tell you that information in DNA/RNA is not proof of an author. It is.

As with any information, like the one you reading, there is an author. So there is in DNA/RNA. Do not let those that do not believe convince you otherwise.

There is a lot more proof of God being the Creator of all things than there is against. In fact, there is none.

Without getting overly technical, there is an exchange of information that occurs in the triple helix required for the protein-based replication process of life. To spontaneously create a life form chanced to come into existence by the same process is over 10/100 billion, billion to one.

Try writing the zeros on that number. That is what the evolutionist does not want you to know. But the chance you will win the national lottery is much greater than the probability of the process of spontaneous evolution.

How often have you won the grand prize in the lottery? The fact is creation looks infinitely more probable than the water-based improbability of evolution. Given DNA, or even RNA, and the proteins how could such a complex life-form like you come into existence by chance?

The simple cell resembles a fully functioning factory. Infinitely much more complex than the cell envisioned by Darwin. The proof is not the motivating factor, but faith in Christ is.

The universe and almost 200 constants if changed less than one percent beg for creation. (see video below) Just to view the expanse of the universe is awe-inspiring and could not have occurred from pure chance.

The Evolutionist Story Continues To Change

We live in a progressive society taught that the ever-changing evolution theory is fact. It is not. It is still an evolving theory that changes with each new philosophy and discovery that comes along. (Charles Darwin, The Origin of Species. Penguin Library, 1982, p. 305.)

"At the higher level of evolutionary transition between basic morphological designs, gradualism has always been in trouble, though it remains the 'official' position of most Western evolutionists. Smooth intermediates between Baupläne are almost impossible to construct, even in thought experiments; there is certainly no evidence for them in the fossil record (curious mosaics like Archaeopteryx do not count)." In his review of Steven Stanley's book Macroevolution by D.S. Woodruff (Science 208:716 (1980)), Woodruff says (I believe he is quoting Stanley):

"But fossil species remain unchanged throughout most of their history and the record fails to contain a single example of a significant transition."

In other words, fossils records cannot support evolution. Most scientist have gone the alien DNA./RNA route and totally abandoned evolution.

The Bible is a constant that never changes. Using reason and logic to the facts, I and billions of others conclude the God of Abram, Isaac, and Jacob to be the truth. God is not amused by many of the U.S. Supreme Courts decisions which are contrary to the Bible.

I do not mind those that have made up their mind against God. When a country with presupposed logic or reason deliberately turns their back on God, they are inviting God's wrath. So much of what is happening today may be the result of the beginning of His fury. I simply do not know and will not attempt to put events to the Bible in that regard unless obvious to many.

It is difficult or inadvisable to tie current events to the wrath of God. However, the society we live within can be labeled transitional. But the fact is God, and His Word does not change with a society which feels it is smarter than Him.

It is my contention people can become enslaved to drugs, power, education, jobs, other people and anything and everything that separates them from the love of God who created them. Christians often fall trapped in the same sin.

For example, over allegiance to a country is nothing but an idol. An idol is anything you deem more important than God, Jesus Christ, and the Holy Ghost. Jesus Christ committed His will at an extremely high personal cost for your benefit and mine.

Only God can break the chains that seem to control you. It does not matter what that sin is, Jesus Christ can and will deliver you from it and replace that habit with something better.

Our world is in bad need of a revolution more than ever. A revolution can be defined as sudden and radical change from a previous inactive state. Every Christian in this idle state needs reviving so they can be spreading the love of God.

Rightly applied Christianity as a system has the answer to every basic need of modern men and women. Christianity has responses to "who am I" and "what is the purpose of living."

God, who is loving and personally available in the triune form of God the Father, Jesus Christ the Son, and the indwelling Holy Spirit. They existed before anything, with real love and real fellowship in eternity, God created you and me in His image. If everyone understood this, they would know how very special they are to He who created them.

Of all forms of psychology and religions, Christianity is the only one with an adequate and reasonable answer for both the source and meaning of human existence. Its source is the loving personal God, a Savior the Lord Jesus Christ, and the indwelling Holy Spirit.

Without such a source, man is left with a world ruled by chance. I believe the choice is clear-cut. The personal God as a Father, who loved one from the beginning of time or cold impersonal chance in the space-time sequence.

God communicates to His children through love and guidance which means man no longer needs to be a destructive force or even be apathetic. Instead, a born-again Christian has a reason to live and love, build and be productive.

A Christian stands on the Rock, the Lord Jesus Christ. A Christian is no longer adrift. Our personalities seeks to love by committing our wills to do that which benefits others, often at a significant personal cost, and not depending on those receiving it returning the love. That is what our Savior did.

God loves us this way; we should love others the same way. Why would an eternal God want to love and commune with us that way? How can He possibly relate to me as an ordinary human? Is it not impossible to look at the universe and the magnificence of the earth and say it all happened by chance?

There was a sorrowful break between God's infinity and the entirety of His creation. The break between the finite me and the infinite God of creation occurred early in mankind's history.

Instead, we live in an internet overfed apathetic society stock to their seats not willing to get up and do anything beyond the normal things. The truth stings and I hope so. If we have to get out on the street corner and preach we need to do it. If we need to speak to everyone we meet, regardless of what they say, at Walmart the next time we are there then that is what we need to do. We need to mount up and move for a change because it will be a change.

Again, I do not want to come across any better than anyone because I am not. I am just an ordinary person with an extraordinary goal - to motivate people to revive and go on behave of the Lord Jesus. Dr. Gary Hill

Christianity versus the New Theology

It should be rather obvious from the article that new theology has nothing in common with Christianity except some common terminology but with extremely different meanings. Many mainline and tired churches are devoid of the enlivened Spirit of God. It is these that detest the Charismatic Christian Churches that are full of the Spirit of God. As Paul the Apostle would have said it, "So be it."

God bless you for reading the article and please subscribe to my writing and when you do I will do the same to yours. 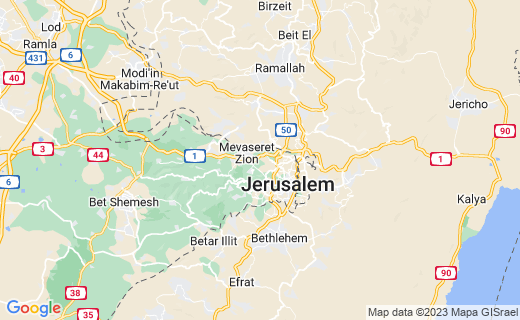 Jesus said GO. (Matthew 28.19) Then we can make disciples. We can do this wherever we are in whatever city, county, state, nation you are in. But first we have to GO.

Please help me grow readership. I am going to write more and more and do it on subjects you would like to hear about.. Email me and let me know. Thank you for you help and suggestions. They are appreciated. Gary

Real love versus the lie.

Do you believe evolution or creation is true?