God's "Word" vs Homosexuality: Living In The Dark Ages

AND THE PASTOR SPOKE

“GOD'S WORD EXPLICITY SAYS HOMOSEXUALITY is a choice, a sin,” said Tim Reed, pastor of First Baptist Church of Gravel Ridge in Jacksonville, Arkansas, a quote from a CNN article titled Baptists plan exodus from Boy Scouts, By Daniel Burke, CNN Belief Blog Co-Editor. What Reed was expounding upon was the Boy Scouts of America's belated decision to recognize homosexuals were people too, and that being gay, in virtually all instances, is NOT a choice, but genetics (at least for those under 18, apparently once you hit the age of majority, it is a choice again vis-à-vis the Scouts decision to continue the ban on gay Scout leaders.) It should be noted that like the adolescence girls, who are generally more mentally developed and mature than boys and that comprise its membership, the Girl Scouts, as I understand it, do not discriminate based on God-given sexual orientation.

But, the Southern Baptists are, for the country's largest Protestant denomination is threatening to cut and run from the now sinful Boy Scouts. In June, their convention will vote (non-binding but nevertheless influential) on whether to urge its 45,000 congregations and 16 million members to cut ties with the Scouts because of the Scouts new found understanding that being gay is not a choice, nor is it a character flaw.

WHAT DO OTHER RELIGIOUS GROUPS HAVE TO SAY?

SO GOES FUNDAMENTALIST CHRISTIAN RELIGIONS, what about other major denominations? According to the CNN article, The National Jewish Committee on Scouting, the United Church of Christ, the Episcopal Church, the Unitarian Universalist Association and the Church of Jesus Christ of Latter-day Saints, which sponsors more Scout units than any other faith, all endorsed the change the Scouts made. Further, the CNN article goes on to say, "the National Catholic Committee on Scouting, which is run with oversight from a bishop, said Thursday that allowing gay youths in the Scouts does not conflict with church teaching. Each bishop will decide whether or not to allow churches in his diocese to charter Scout units, the committee added. “We ask that Catholic Scouters and chartered organization heads not rush to judgment,” said Edward Martin, chairman of the National Catholic Committee on Scouting."

Without question, the views of American's, once bordering on homophobic, have made a sea change in their attitudes regarding the lesbian, gay, bisexual, and transgender (LGBT) community and their relationship to straight society. DOMA, is probably doomed. DOMA, the conservative-sponsored federal intrusion into American secular and religious lives, aka the Defense of Marriage Act, went before the Supreme Court in 2013 and will, in all likelihood be found unconstitutional. California's Proposition 8, which banned gay marriage in that state by the narrowest of margins in 2008 also went before the Supreme Court at the same time. The fate of that action is much more unclear. But, if it should go against the LGBT community, I have no doubt, a new proposition will be initiated in California to overturn the previous vote and allow gay marriage to occur. Passage of this measure should have a high probability of success now that some time has passed from the previous vote.

The number of states who stopped discriminating against the LGBT society has grown to eleven plus Washington D.C; there are another eight who allow "domestic partnerships". There are moves afoot to gain passage of same-sex marriages in four additional states and it shouldn't be long before new initiatives are filed to overturn Constitutional amendments in states where marriage discrimination was written into their Constitution. As the saying goes, "the times, they are a-changin' " 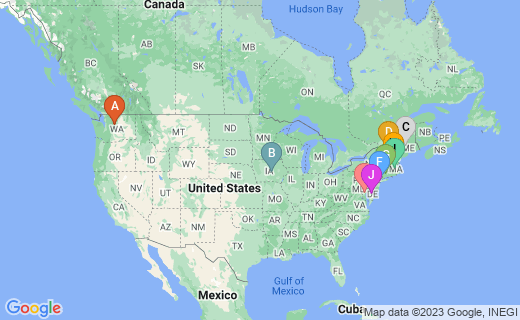 THE CONUNDRUM OF A STRICT BIBLICAL INTERPRETATION

THE PROBLEM THOSE WHO ARE BIBLICALLY OPPOSED to same-sex marriage, gays in the Boy Scouts, or just homosexuality in general face, use to be logic but now is biological as well. The logic problems are several in nature IF one assumes the Bible is the exact Word of God as opposed to allegory, metaphor, guidelines or other such methods humans communicate to one another. I won't try to cover all of the possible combinations and permutations of logic knots strict Biblical interpretation tie you in, instead, I will offer just a couple.

The first is a simple question. Why does God hate homosexuals so much while giving a pass to incest? For example,

Other than Amnon, where did God bring his wrath down on any of these who participated in what most believe today to be one of the most sinful of behaviors? Where in the Bible does it say, with as much authority as it does for male homosexuality, that incest is a sin? But gays (not lesbians) get special mention in the Bible, according to the Fundamentalists.

The other tact is this. According to a literal reading of the Bible, being a homosexual, or at least practicing it, is a sin; an abomination to God. Many of those who take the Bible literally also do not believe in free-will, rather we live in a predestined world where God has laid out a plan which each of us will follow, no matter what our own willful intentions are. Under this strict interpretation, we have two competing views:

If these two views are simultaneously correct, then God has predetermined you will be a sinner all of your life and there isn't much you can do about other than accept the punishment meted by the Bible, or those who strictly follow its dictates.

In the case where those who believe the Bible strictly prohibits homosexuality but do not accept the pre-determined paradigm, then, once it became obvious that homosexuality IS NOT a choice, they are back to the same contradiction. To wit, how can somebody be a sinner when he or she is simply doing what God designed them to do even though the Bible allegedly says they can't? Said another way, "how can you be a sinner if you are doing what God designed you to do?".

GENETICS IS PROVING HOMOSEXUALTY IS PART OF GOD'S DESIGN

THERE HAS ALWAYS BEEN A BATTLE BETWEEN "Naturists" and "Nurturists", whether it is Nature or Nurture which controls human nature. There are strong proponents for both sides, but until recently, few scientists wanted to take the middle ground; we humans seem to like extreme positions whether it be science or politics. What scientists have begun to discover over the last ten or so years, the time since the human genome code was cracked, that common sense will probably prevail and that human nature is determined by 1) Nature (your genetic code, acting alone), 2) Nurture (environmental factors acting alone), or 3) Nurture acting on Nature (genes expressing themselves differently depending on environmental input).

Possibility number three apparently never occurred to many people of high or low intelligence for millennia, until ten years ago or so, that is. What scientists have discovered is that some traits, such as eye color, are almost totally Nature, while traits such as sports preference may be almost all environmental. Some traits however, such as certain mental diseases, occur when a gene or gene variant is expressed most often under certain environmental conditions. For example, there is one specific genetically-based mental disorder that appears most often when there is a harsh childhood upbringing, but much less frequently when a normal childhood is experienced. Schizophrenia is another; here the rate of occurrence increases proportionately with the age of the father at time of conception.

Recent scientific research is showing that homosexuality appears to be expressed in this latter manner, called Epigenetics. There is a long string of empirical evidence showing that homosexuality can be generational, i.e., passed down through family generations. Most, but not all Identical vs. fraternal twin studies strongly suggest a partial genetic link to sexual orientation. More recent studies have focused on the Xq28, 7q36, 8p12, 10q26 genes,.from the X, 7th, 8th, and 10th chromosomes, respectively, being involved in sexual orientation.

It is becoming more apparent that it is these, and similar, genes, interacting with both the environment within the womb as well as later development after birth that ultimately determine if a person is going to be straight or LGBT. In fact, for epigenetical reasons having to do with hormonal resistance, scientists have found birth order is the best predictor of homosexuality in men, birth order! Studies show that each succeeding older brother has a 33% more chance of being gay. How do you derive "choice" out of all of that?

CIRCLING BACK TO RELIGION AND THE GOOD PASTOR REED

IT SHOULD BE CLEAR BY NOW THAT THE GOOD PASTOR TIM REED is quite wrong when he proclaimed, “God's Word explicitly says homosexuality is a choice, a sin”, far from it. His, and his Southern Baptist brethren's wrath against the Boy Scouts of America is sorely misplaced. Instead of condemning an effort for humans to express their humanity to each other, Pastor Reed ought to be embracing it as a shining example of Christian values, don't you think?

Will Sexual Orientation Ultimately Be Found Not To Be A Choice By Mainstream America?

Do you consider yourself more closely aligned with the