Union Cemetery dates back to the 1600s. It is located in Easton next to the Easton Baptist Church in Fairfield County. It has a little over 350 interments. According to ghost hunters it is one of the most haunted cemeteries in the country. There has even been a book written about it, Graveyard, by demonologists Ed and Lorraine Warren.

The most famous ghost here is the “White Lady.” She also haunts Stepney Cemetery in Monroe. She is dressed all in white in what appears to be either a wedding dress or a nightgown. She has long black hair.

This ghost apparently has a sense of humor. She will appear in the middle of the road on Route 59 in front of a car. The driver thinks he has hit someone, gets out of his car, and finds ... nothing.

There are at least three theories as to who the “White Lady” is. One is that she killed her husband in the 1940s and then was murdered herself. Another possibility is that she was killed and her body dumped in a sinkhole behind the church. Others think she died in childbirth and now is looking for her child.

Orbs and strange mists have been captured with cameras and camcorders. There is a spirit that appears, but all that is visible is a pair of glowing red eyes.

Stepney Cemetery is in the little village of Stepney near Monroe in Fairfield County. There are a little over 1,000 interments. The oldest is that of Nathaniel W. Knapp who died in 1787. The cemetery is next to Our Lady of the Rosary Chapel. It is also known as Beardsley Plain or Birdsey's Plain Cemetery.

As mentioned before the “White Lady” haunts this cemetery as well as the Union Cemetery. There are other unnamed spirits here as well as the typical orbs and ectoplasmic blobs.

The famous ghost hunter, Ed Warren, who, along with his wife Lorraine, wrote a book about the Union Cemetery and the “White Lady,” died in 2006 and is buried here.

Pine Grove Cemetery was founded in 1858 on land west of the Naugatuck River. It is located in Ansonia in New Haven County. There are almost 10,000 interments. The very first burial was a six-year-old girl who died January 2, 1858.

There are several different ghostly happenings that occur here:

Gunntown Cemetery is a very old cemetery established in 1790. It is in the town of Naugatuck in New Haven County. It was named after the Gunn family that arrived in the area in the late 1630s. Many of the graves are of residents who were on the side of independence during the Revolutionary War. There are a little less than 400 interments here.

There is no particular ghost associated with this cemetery, but there are several phenomena that occur here: 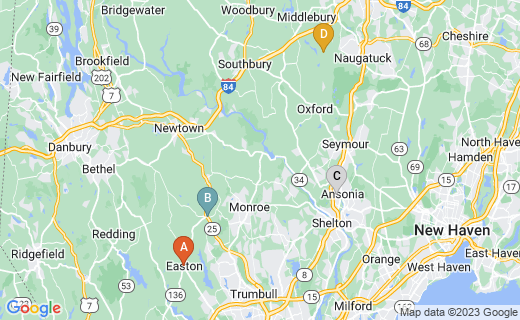 Peacedale Cemetery is located in the town of Bristol at the corner of Pound and West Streets in Hartford County. It is part of the Peacedale & West Cemetery Association. There are close to 500 interments here.

The only entity reported here is that of a white wolf. There is a stream that runs through the cemetery and the wolf can be seen walking along it. The catch is that he is only seen by people who have an emotional problem. His presence does not cause fear, but peacefulness.

Riverside Cemetery began in the 1830s. It had once been a burial ground for the Tunxis Indians. It is located in Farmington in Hartford County. It lies on the banks of the Farmington River. There are around 2,000 interments.

This property is not haunted by a specific entity, but several different phenomena have been reported.

Memento Mori Cemetery is one of the oldest cemeteries in Connecticut. The oldest grave is marked 1689. Memento Mori is Latin for Remember that you die. It is located in Farmington in Hartford County. There are a little over 1,000 interments.

The land for Memento Mori was donated by Thomas Barnes. His wife, Mary, was executed as a witch and she is buried there.

A researcher captured an EVP here that very clearly said, “Don’t stay!” There are no particular ghosts here just the normal orbs, cold spots, and feelings of dread.

Bara-Hack was a village in the town of Pomfret, in the current county of Windham. Bara-Hack is Welsh for breaking of bread. It is a ghost town now after being abandoned in the late 1800s. The town and the cemetery are both said to be haunted.

The phenomena here seems to reach its peak between 10:00 and 11:00 p.m. It sounds like it is still a lively town. Laughing children, whistling, footsteps, farm animals, and voices are all heard. Orbs of light and shadowy people are also seen. 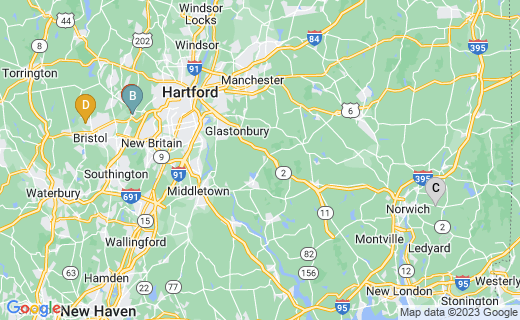 Haunted Cemeteries of Nearby States