Fort Delaware is a harbor defense facility in Delaware City. Located on Pea Patch Island in the Delaware River, construction began in 1846. It was used as a prison for Confederate POWs, convicts, and political prisoners. It is a Delaware State Park covering 288 acres and is on the U.S. National Register of Historic Places.

After the Battle of Gettysburg there were over 12,000 men and boys locked in the dungeons of Fort Delaware. There are stories of full body apparitions walking the hallways and the dungeons themselves. Shadows are seen all over the Fort. Voices echo in the hallways even when no one is there.

The TV show Ghost Hunters came here to film an episode for the series. One of the investigators had his jacket pulled so hard from behind by an unseen hand that he almost fell down. A photographer captured a thermal image of a young man or boy peeking around a corner. They also saw strange shadows darting to and fro and several times they heard the sound of chains rattling.

Locust Grove Farm is located in Middletown on Bethel Church Road. The farmhouse here is over a hundred and fifty years old.

A little boy that lived in this house in the early 1900s died when he was very young. He has haunted the farmhouse ever since.

He has been seen in the sunroom, which according to the legend, was his favorite place to play. He tries to get the attention of the living by turning the lights on and off and turning off electrical appliances like TVs and radios.

Former tenants attest to hearing strange voices and unexplained noises on various occasions. The current owners say most of the manifestations have occurred in the front stairway and one of the upstairs bedrooms. 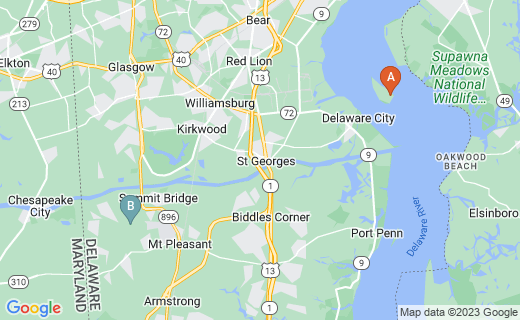 Overview Gardens is a community located southwest of Wilmington in an area called West Minquadale. It is near the Russell Peterson Wildlife Refuge on the Christina River.

Several years ago there was a house fire on Karlyn Street. Three small children lived in the house with their bedrooms in the attic. The fire started upstairs and the parents were unable to save them.

The house was remodeled after that, but the children never left. They behave exactly as you would expect mischievous children to behave. Unseen feet walk up and down the stairs, over and over again. The doors open and close, open and close. It is almost impossible to listen to the radio because the station keeps changing. They have also been accused of hiding the occupants’ keys on a regular basis. But then again that could just be forgetfulness.

The Baylor Women’s Correctional Institute opened in 1991 and is the only women’s prison in the state of Delaware. It houses adults at minimum, medium, and maximum security levels. It comes as no surprise that this is a haunted building because it was built on top of a Potter’s Field.

There are many ghosts present here. There are two little kids that ride their bicycles up and down the hallways almost every night. If there are only one or two women in the shower room sometimes the sound of a little girl crying can be heard coming through the air vents. She says her name is Jamie and she’s seven years old. She also says she’s looking for her mommy.

Sometimes the inmates hear a man yelling and a woman screaming, “Help!”

The Amstel House is also known as the Dr. Finney House. This house was the town of New Castle’s first formal preservation effort in 1931. It was built in the 1600s and is on the U.S. National Register of Historic Places since 1977. It is now a museum.

Most of the paranormal activity in this house occurs on the third floor. Windows close and open with no one anywhere near them. Objects move from one place to another all on their own.

Visitors to the museum and local townspeople have claimed to see a woman in a blue dress looking out the windows. There are three theories as to her identity. One is that it is a woman named Elizabeth who gave birth in the house and the baby died almost immediately. She also died just a little while later. Another theory is that she is another woman named Elizabeth who watched her entire family die of tuberculosis. The final possibility is that it is Dr. Finney’s wife, Anna. 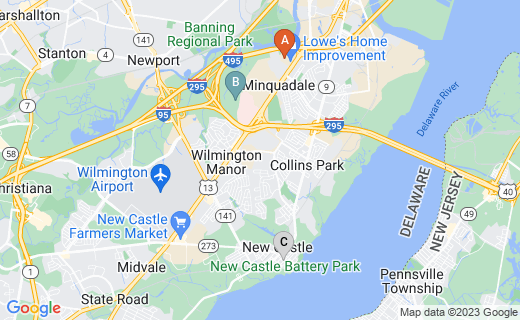 The Christiana Fire Company Station 12 was established in 1921 and protects the north end of the county. It is the busiest fire department in the state of Delaware and is located on East Main Street in Christiana.

Station 12 is haunted by two ghosts. The ghost that appears in the doorway to the engineer’s room is thought to be evil. The other ghost is rarely seen. It is supposed that he is a nice ghost and keeps the evil ghost from roaming anywhere else. A person who is alone can sometimes hear voices at night. There is a feeling of tension in the atmosphere as if a struggle is occurring.

Cooch’s Bridge is located at Old Baltimore Park in Newark. The Battle of Cooch’s Bridge was fought here in 1777. It was the only battle of the Revolutionary War fought in Delaware. It was also the first time the American flag was flown in battle. There are several newer bridges in the area, but the Cooch’s Bridge did not survive the war.

The legend is that during the battle a militiaman shot a British soldier’s head off. People report seeing a headless British soldier walking the roads in the area on nights that are moonless and foggy.

There is another legend that a militia member who was killed during the battle was a fiddler. If you stand on one of the nearby bridges and throw a silver coin into the water at midnight the soldier will play his fiddle for you.

People have claimed to see ghostly soldiers from both sides fighting each other in fields and clearings.

The largest fresh water pond in Delaware is in the middle of Lums Pond State Park. The pond was created in the early 1800s when the creek was dammed for the C&D canal that was being built. It became a state park in 1963.

There is at least one ghost residing in the park. A young girl who ran away from home in the early 1970s was murdered in the park. Her killer was never captured. Sometimes muffled screams and a high-pitched voice can be heard in the woods near the Swamp Forest hiking trail that runs around the pond. 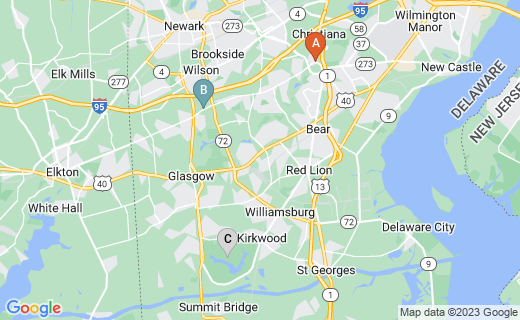 The Bellevue Hall Mansion was built in the 1850s by businessman Hanson Robinson of Philadelphia. It was owned by the Dupont family in the 1920s and it was enlarged by adding two adjacent properties. There are now indoor horse training facilities, tennis courts and a swimming pool. It is part of Bellevue State Park and is used for business functions and elegant affairs.

The upper levels of this home are off limits. Supposedly because of what has been called “mysterious circumstances.” Chairs are found placed in odd arrangements in the dining room when no one is there. There are spontaneous sounds of laughter and screaming. The lights flickered for some time so the owners had the whole house rewired, but the flickering did not stop.

The Dead Presidents Pub & Restaurant open in 1997 in a building that dates back to 1806. It was originally several separate homes that were connected together. The basement served as a family chapel.

The presence at this establishment is thought to be from the 1960s. A regular there named “Lemonade” Mullery was known as a heavy drinker and a practical joker who liked to throw things at the staff.

One night he got completely sloshed and while using the bathroom he slipped on the urine soaked floor and broke his neck. His presence is felt in the pub after closing time when the workers are cleaning up. The waitstaff have had dishes thrown at them and heard maniacal giggling.

Glasses in the bar sometimes rattle by themselves and there have been claims of dominoes actually floating across the room. The giggling can be heard near the bathrooms and on the stairs.

Rockwood Mansion is now a museum in Wilmington. It was built between 1851 and 1854 by Joseph Shipley, a banker. The mansion was built in the style of Rural Gothic Revival Architecture. It is considered the most haunted museum in Delaware.

It seems some of the family members who lived here over the years have been reluctant to leave even after their deaths.

The director said he saw a man sitting in the Tea Room one night when he was locking up. He told the man that it was closing time and he needed to leave. He glanced away and when he looked back the man was nowhere to be found.

There was a daughter named Mary who lived to be 100 years old. She does not like people in her bedroom. Psychics have said the energy in that particular room is so strong they don’t want to go into it. Some people entering the room have felt ill or even passed out. Her presence is also felt in the old Butler’s Room on the first floor where she spent her last 5 years after she became too feeble to navigate the stairs.

Mary’s younger brother, Edward, has stayed also. A little boy giggling has been heard near the stairs and sometimes footsteps are heard on the staircase. An investigator has taken a picture of what looks like a little boy sitting on the stairs.

A woman wearing a gown has been seen standing at the top of the stairs. A strong smell of lilac is often found with her and also in other parts of the mansion.

The basement is very creepy and for some reason women feel especially uncomfortable here. There is also a photograph taken by an investigator that shows a figure with black eyes in the back of the basement.

Ghost Finders Investigators have made recordings and one is thought to be the voice of a servant boy saying, “Yessum.” There have also been voices pleading for help. Strange sounds have been recorded all over the mansion. Balls of light have also occurred.

The strangest claim is called “The Vortex of Souls.” Supposedly there is a vortex above the mansion. An odd mist will materialize over the mansion at times and sometimes there are what looks like faces floating in the mist. 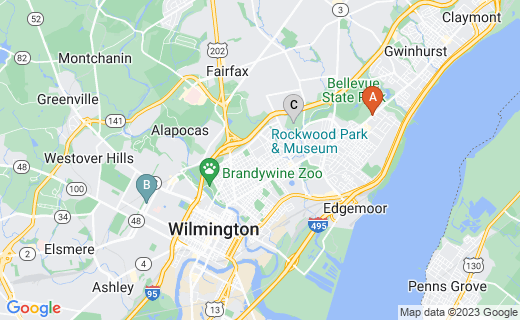