Have you ever been told you took that scripture out of context?

You and Me Buddy!

Are you really holding a sword of truth?

Millions of people read bibles, Qurans, Tanah, Torah, etc. Yet, when they open their mouth, some of us are surprised and disgusted by the venom they spout so effortlessly. The truth is Jesus was not a Christian, he was a Jew. I know it's a hard pill to swallow, but true. Many of us as readers and interpreters of the text do as the Pharisees and Sadducees did, take things out of context. If you follow the Gospels, how many times did Jesus scorn the two particular Jewish sects about drawing the wrong conclusion from scripture, or jumping the gun and trying to literally stone someone?

They were not the only Jewish sects at the time, but were the two that had the mostly recorded encounters with Jesus. The Pharisees did have more run-ins, but the Sadducees (the wealthy) were worth mentioning. They tried many ways to try to trip up Jesus. The irony of it is that most biblical scholars place Jesus growing up and being taught under the Pharisees teaching. There are some differences with the two groups, I will post a link that lays that out below.

Some of the encounters that the group had with Jesus were on issues such as, healing in the synagogue, healing on the Sabbath, divorce, not washing hands, etc. I will give four scriptural examples, to say that the Pharisees got under Jesus’s skin was understatement, and here are four examples that Jesus spoke against them. So, the next time you get the urge to Pharisize or Saducize someone (hint words for criticizing) think creatively, what Jesus would say to you? He was always explaining a deeper meaning that was not that obvious to most. My point is put in the work and don’t be so quick to condemn and hurt someone that doesn’t believe or think as you do.

We are allowed to disagree with one another. Some think the issue in Leviticus was about homosexuality, some think the issue is hospitality, while others assert the writer was speaking on the issue of population growth. There are many biblical scholars, so many redactors, editors, copiers, translators, etc. So now that we have got the issues and differences out of the way, buckle up as we delve into the text. Our method of doing exegesis will be the historical critical method, so you history buffs will get a kick out of this.

I will only include excerpts, however if you would like to see the method in more depth, I can email you it is 25 papers, but very detail. Now, to explain the difference between exegesis versus eisegesis. I will provide a short youtube.com video that differentiates the two. Simply put, exegesis is more in depth study that takes into account all the factors. Eisegesis is not considering any of those contextual factors and interpreting on your own. (Not doing your homework.)

JESUS ON THE PHARISEES & SCRIBES

Matt 23:27-29 Woe to you, scribes and Pharisees, hypocrites! For you are like whitewashed tombs which indeed appear beautiful outwardly, but inside are full of dead men's bones and all uncleanness. Even so you also outwardly appear righteous to men, but inside you are full of hypocrisy and lawlessness.

Matt 23:13 "But woe to you, scribes and Pharisees, hypocrites! For you shut up the kingdom of heaven against men; for you neither go in yourselves, nor do you allow those who are entering to go in."

Matt 23:1-5 "Then Jesus spoke to the multitudes and to His disciples, saying: "The scribes and the Pharisees sit in Moses' seat. Therefore whatever they tell you to observe, that observe and do, but do not do according to their works; for they say, and do not do. For they bind heavy burdens, hard to bear, and lay them on men's shoulders; but they themselves will not move them with one of their fingers. But all their works they do to be seen by men."

Jesus and the Pharisees

First, choose your pericope or Text, then you do the Context (the historical background, what others scholars have said about it, the skinny), then you do the Textual criticism (where you outline any textual errors pointed out by scholars.) Then you do a translation criticism using at least 5 sources (KJV, NRSV, TaNaK (Torah), Jerusalem Bible, the Vulgate, LXX.) in the translation part you compare the sources side by side with the text you choose. Then you do Linguistic (the word study) basically finding a word in your chosen text and examine its meaning in general and its meaning in your text (lexicons and commentaries a helpful here.)

Then there is Source portion (influences on the text) does this text seem to reiterate a previous text or theme from a scripture written before it? Or after this text was written and recorded do you hear the theme being echoed in a later text? That is its influence. (SN: Could it be the same writer or redactor?) Then, there is the Form (genre) this portion deals with is a lament, a curse, a blessing, where there metaphors, hyperbole, parallelism, etc.

Then there is the redaction part, (who wrote it?) here you examine who composed your book and support it with evidence (other scholarly writings, some may come to the same conclusion as you.) An example is in the text I chose to show you excerpts from, in the redaction portion, I said there were four writers, the prophet himself, a collector, and two redactors (term for editors) that created Hosea. The final step is Contextualization, this where you take your study to the next level and present your findings by writing a sermon or a bible study lesson. There are other methods such as the literary critical approach. I will blog on that a little later that method is something a writer would really embrace, today is for the history buffs. Also in other upcoming blogs, I will do a blog that focuses on each step in more depth. Here is your example.

Getting Your Feet Wet: Recommended Readings 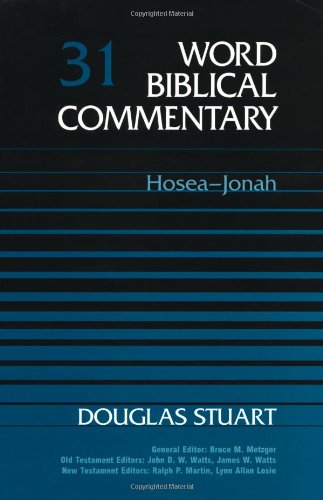 A Quick Look at Exegesis

8. Ephraim mixes himself with the peoples; Ephraim is a cake not turned over.

According to scholar Gale A. Yee, “One of the eighth-century prophets, Hosea preached in the Northern Kingdom of Israel. His ministry extended from the end of Jeroboam II’s reign, ca 750 B.C.E. until 725 B.C.E., just prior to the fall of the Northern Kingdom to the Assyrians in 721.” Yee also says that the era was politically tumultuous. The reign of Jeroboam was prosperous and peaceful and soon came to an end when he died in 745.

In my paper I intend to follow the historical critical method through examining the context, textual, translational, linguistic, source, form, redaction, and contextualization criticisms. In the Word Biblical Commentary Stuart points to six errors in the text. One of which two scholars point out and I found quite interesting was verse 9b of the pericope which says according to Stuart, “Even mold has crept in upon him, but he does not know it.” For Stuart the issues occur in the words “mold,” and the preposition “in.” Stuart says of the word “in” that, “The proper sense of קרז here is debated. A cognate to colloquial Arabic zrq “sneak upon” seems more likely in the context than does קרז II “to shine/glitter.”

The major differences translationally occur in verse 8 is that all the versions are same speaking of Ephraim mixing with other nations, but the Tanak says, “Ephraim is among the peoples; He is rotting away.” This does not mention any mixing just says Ephraim is amongst them. Then it adds the clause, “He is rotting away.” No other translation mentions that phrase. In verse 8b the NRSV and the KJV agree, the Tanak (along with the Vulgate) is the only uses a simile instead of a metaphor and it also adds to the phrase incapable of turning. The Jerusalem Bible says “half-baked” and the very Vulgate says, “Ephraim is become as baked bread, under the ashes, that is turned.” This means it’s also adds the prepositional phrase “under the ashes.” (See chart below for illustration.)

The word I choice for my word study was mixes or mixed. The Hebrew word is appears 44 times in the Hebrew concordance. The Hebrew word בָּלַל which is transliterated as balal. It definition means: 1. A. To mix, mingle, confuse, confound, to give provender, feed (animals) b. to mix oneself (among others) c. to fade away. The Gesenius’s Lexicon speaks of the word also meaning to pour over in Arabic to wet or moisten, to flow as water, to sprinkle. Balal is a verb with a primitive root.

Stuart points to some sources of influence in the WBC such as Genesis 49:3-22 and Deuteronomy 33:2-29 because the sentences in verse are very reminiscent of the style of tribal blessings, he also states that it is impossible to be certain that this portion of the prophecy is ironically styled on that model. Other sources according to Gottwald were: Amos 9:8b-15 and the Deuteronomy History or the Law.

The particular literary genre of these verses is according to Stuart lament over Israel’s folly in foreign affairs verses 8-12 and then ends in a judgment sentence in verse 12. It also contains metaphors throughout the pericope and couplets in verses 7:9b according to Stuart. The couplets in verse 9 refer to Hosea Ch. 5:4b by scholar Willi’ Plein who argues it was placed there by the redactor in order to emphasis on the phrase “lo yada”meaning “know it” which would permit him to recall another passage to solidify the redactors point.

Yee says echoing my source criticism that the book of Hosea was comprised of four composers. She says, “The prophet himself (H) not much of Hosea 1-3, for instance, belongs to him, only 2:4Aa, 4B-5, 7B, 12. “Your mother” in 2:4a has nothing to do with Gomer, wife of Hosea, or with Israel, spouse of Yahweh, but refers to Rachel, wife of Jacob, and the “children” are the northern kingdom. The core Hosean tradition dates from the time of the Syro-Ephraimite wars.”

If I had to contextualize this pericope I would present it in the form of a sermon or bible study lesson entitled “Be Careful How You Mix, Because Judgment Could Be Next!” This topic would be good in a sermon setting or a bible study series. What I would do begin with posing the question, Are there any of you who consider yourselves to be mixed? Then I would reference my linguistic study on the world mixed and I would offer that reference to tell them how we are all mixed. We mixed ourselves in the presence of all sort of people. In our lifetime we have been mixed and mingled with all sorts of people. A person could take this scripture and isolate themselves from everybody, be warned.

(Note it is important to summarize your findings before you do the contextualization, so you can see what it is you have learned or discovered.)

How was it for ya?