Main Points About How To Understand The Book Of Job

“Even as I have seen, those who plow iniquity and sow trouble reap the same.” - Eliphaz the Temanite

“Behold,God will not cast away the blameless, now will He uphold the evildoers.” Bildad the Shuhite

“Can you search out the deep things of God? Can you find out the limits of the Almighty? They are higher than heaven - what can you do?” - Zophar the Naamathite

“For I know that my Redeemer lives, and He shall stand at last on the earth; and after my skin is destroyed, this I know, that in my flesh I shall see God.” - Job of Uz

There aren’t a lot of books in the Bible that are as misquoted and misunderstood as the book of Job. There are doctrines in the church that seem to be entirely based on a misunderstanding of what is said in the first thirty-one chapters. For example, “The Lord gives and the Lord takes away” (Job 1:21) has become a major teaching in some churches. This single verse has become the basis for preachers to teach their people that God will take things from you just as fast as He will give things to you. The problem is, this isn’t what God said, it’s what Job said!

If you want to “rightly divide” the book of Job, there are a few keys:

Key #1 - Not Everything That Job Said Was Right

A lot of people focus on this verse: Job 1:8 “Then Yahweh said to Satan, ‘Have you considered My servant Job, that there is none like him on the earth, a blameless and upright man, one who fears God and shuns evil?’” They believe that this passage means that Job never said or did anything wrong throughout the book. However, there is a lot of what Job said that was absolutely wrong!

After thirty-seven chapters of discourse, God stepped in and said this to Job, “Who is this who darkens counsel by words without knowledge?” (Job 38:2) When faced with God’s rebuke, Job responded, “I have uttered what I did not understand, things too wonderful for me, which I did not know...Therefore I abhor myself, and repent in dust and ashes.” (Job 42: 3,6) Basing a doctrine on Job’s words alone can get very tricky - after all, Job himself admitted that what he said was wrong!

Why was Job wrong in what he said? Was everything he said wrong? We’ll find out the answer to these questions as we keep going.

In fact, a lot of what they were saying was well-known to godly people everywhere. Read some of their words in the verses above. Do you see that they were right on a lot of things? Even Job himself acknowledged that they were just restating what everyone knows!
Job 9:2 (in response to Bildad) “Truly I know it is so...”
Job 12:3 (in response to Zophar) “Indeed, who does not know such things as these?”

You see, the problem with Eliphaz, Bildad, and Zophar wasn’t necessarily the principles that they were saying as it was how they were applying those principles to Job’s situation. What do I mean by this? How can we know where these three men went wrong? And why did they have to repent to Job in the end? We’ll find out the answer to these questions as we keep going.

We’ve already read the beginning of God’s rebuke to Job in chapter 38, verse 2. But this rebuke extended from chapter 38 to chapter 41! Then, in chapter 42, God turned His attention to Job’s three friends. He said to Eliphaz, “My wrath is aroused against you and your two friends, for you have not spoken of Me what is right, as my servant Job has.”

What? Didn’t God just get done rebuking Job? Didn’t Job just admit that everything he said was wrong? What did God mean when He said that Job spoke what is right? Well, to put it simply, God’s referring to the last thing that Job said - when he repented.

This is Job’s repentance in its entirety: “I know that You can do everything, and that no purpose of Yours can be withheld from You. You asked, ‘Who is this who hides counsel without knowledge?’ Therefore I have uttered what I did not understand, things too wonderful for me which I did not know. Listen, please, and let me speak; You said, ‘I will question you, and you shall answer Me.’
“I have heard of You by the hearing of the ear, but now my eye sees You. Therefore I abhor myself and repent in dust and ashes.”

This is what God was referring to when He said that Job spoke what was right. Can you see this picture? These three guys sat there and watched God rebuke Job for four chapters, and then they watched Job humble himself and sincerely repent....but then they did nothing. They were still convinced that everything they said was right! They were so caught up in their self-righteousness that they waited until God rebuked them before they repented.

So there you have it, all four characters in the book of Job were rebuked by God, and all four repented of what they were saying.

But wait a minute...there are actually five characters in the book of Job! From chapter 31 to chapter 37 we read the statements of a young man named Elihu. Whatever Elihu was saying in those passages, he must’ve been right - since he was the only person in the book who wasn’t rebuked by God or who needed to repent for what he said. So whenever you’re looking to make a doctrine from the book of Job, maybe you should look at what this man said first.

So what was it that Elihu said? Did he agree or disagree with Job? Did he accept what his three friends said or not? Let’s find out the answer to this question now, as we look at the main key of this book - Job 32:2-3

More on the book of Job 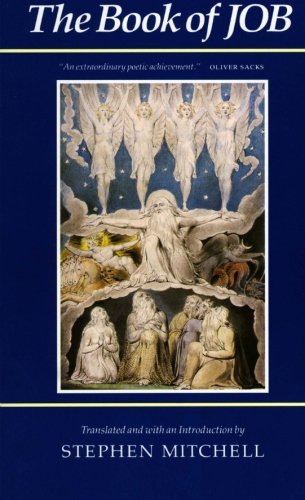 The BOOK OF JOB
Buy Now

The Main Key To Understanding This Book

“Then the wrath of Elihu, the son of Barachel the Buzite, of the family of Ram, was aroused against Job; because he justified himself rather than God. Also against his three friends his wrath was aroused, because they had found no answer, and yet had condemned Job.”

Elihu (the only one in this book, other than God, who was completely right) was angry at everything that was being said. This young man was angry at Job because Job refused to give honor to God, but was pre-occupied with justifying himself. And he was angry with his friends because, although they had no evidence, they continued to condemn Job as a wicked man.

This is the key to the book, my friends!

Job’s fault was justifying himself instead of God. In other words, when the trouble came, Job spent all of his time asking God, “Why is this happening to me? I’m a good person? God, why are you doing this to me?” Instead of glorifying God for Who He is, Job accused God of unjustly sending trouble into His life. Job’s argument could be summed up like this, “I obeyed God my whole life. I did everything I could to serve Him! And yet, God sent trouble into my life for no reason!” Does this sound like anything you’ve heard Christians say?

The fault of Job’s three friends was this - they saw the trouble that came into his life and believed that he brought it on himself through some sort of sin. Their problem was that their logic was faulty. They thought, “Bad things happen to wicked people” - which is absolutely true! Then they looked and saw that bad things were happening to Job - also true! But when they put those two together, they came to the conclusion that Job’s problems were God’s judgement on his sin - not true at all!

You see, sin isn’t the only reason that problems come! Sometimes, situations arise in life to “try our faith” (James 1:2-3). Sometimes, situations come to teach us how to “do all things through Christ” (Philippians 4:11-13). Still other times, tribulations can come to produce perseverance, character and hope inside of us (Romans 5:3-5). When asked about a man who was born blind, Jesus told us that it wasn’t sin that caused him to be blind, but the sickness was allowed so that God would get the glory from the healing (John 9:1-3)! So, while it’s true that sin can bring judgement in this life, not all problems are a result of this! Job’s friends sinned when they condemned an innocent man because they thought he was being judged for his sin. Have you ever seen this happen in the church?

I hope that you can see now that there is good doctrine in Job, you just have to be aware of where you’re looking for it. Any time that Job is justifying himself instead of glorifying God - you should recognize that as wrong. And whenever Job’s friends aren’t condemning him for his supposed “sin” - you should know that they may be speaking truthful things!

But, above all, the point of this book is that we should glorify God no matter what’s happening in our life! Job missed it because He focused on what was happening to him - and why it was happening - instead of trusting in the grace and protection of God. Elihu was right in what he said because his whole speech was focused on Who God is!