Where Did the Bible Come From? 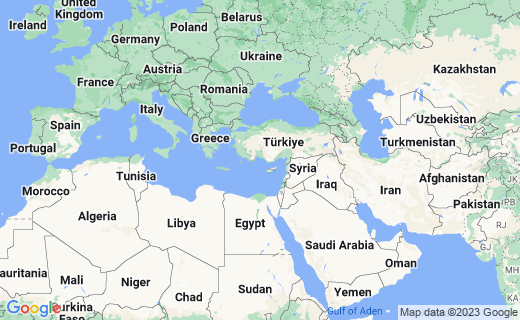 How do we know the Bible is truly God's words to us?

2 Timothy 3:16 - "all scripture is inspired by God and profitable for teaching, rebuking, correcting and training in righteousness,"

The Bible is the inspired word of God, but it is true that it was written by human hands. With so many books written throughout history, how do we know that the right books have been discovered and included in the Bible? Understanding how these books were collected and how they qualified to be in the Bibles we have today goes a long way in trusting them to be the Truth from God that they claim to be.

The Bible itself tells how God inspired men to write the words he wanted us to know. In his 2nd letter Peter explains “above all, you must understand that no prophecy of Scripture came about by the prophets own interpretation. For prophecy never had its origin in the will of man, but men spoke from God as they were carried along by the Holy Spirit”. (2 Peter 1:20 -21)

How were the books of the Bible collected?

From the time the Jews left Egypt, until they were about to be attacked by Babylon, the physical presence of God was with the Jews. It was called the Shekinah Glory of God, and appeared to them as a pillar of cloud or fire.

-While they were traveling to the Promised Land the cloud went in front of them as a guide so they would know the way to go. Exodus 13:21-“By day the LORD went ahead of them in a pillar of cloud to guide them on their way and by night in a pillar of fire to give them light, so that they could travel by day or night”

-A portion of the Tabernacle was sectioned off behind a curtain, this was called the Holy of Holies and also contained the Arc of the Covenant. When the people weren’t traveling they set up the tent and God’s presence rested above the arc and no one could go in whenever they wanted. God’s presence was Holy, and nothing could enter except under his direction. Leviticus 16:2 – “The LORD told Moses: “Tell your brother Aaron not to come whenever he chooses into the Most Holy Place behind the curtain in front of the atonement cover on the ark, or else he will die, because I appear in the cloud over the atonement cover”

Because of the Nature of God, nothing was able to exist in his presence that he didn’t approve of, therefore we can be assured that the books we have in the Old Testament are truly God’s words to man.

Once the Jews were settled in their homeland and King Solomon finally built a permanent temple, it also had a portion sectioned off behind a curtain to serve as the Holy of Holies where the presence of God among them could reside above the Ark of the Covenant. 1 Kings 8:6 – “The priests then brought the ark of the LORD”S covenant to its place in the inner sanctuary of the temple, the Most Holy Place, and put it beneath the wings of the cherubim (10) when the priests withdrew from the Holy Place, the cloud filled the temple of the LORD and the priests could not perform their service because of the cloud, for the glory of the LORD filled his temple.”

After Malachi, there were no more prophets of God until John the Baptist, 400 years later. Nothing written during this time was considered part of the sacred scriptures or Old Testament Canon*.

Jewish historian Josephus writes “From Artaxerxes until our time everything has been recorded, but has not been deemed worthy or like credit with what preceded, because the exact succession of the prophets ceased….for though so long a time has now passed, no one has dared to add anything to them, or to take anything form them, or to alter anything in them.” (Contra Apion 1.8)(pg 206)

The rabbis stated that “With the death of Haggai, Zachariah and Malachi the latter prophets, the Holy Spirit ceased out of Israel.”

While The Old Testament was collected and kept in the Temple by the Jews, the early Church collected and shared the letters and books of the New Testament. However the churches were spread throughout the world and it took time to translate and circulate the different manuscripts that make up what we now call the New Testament. Between that, and the efforts of the Roman government to destroy them, it was difficult to gather the whole New Testament together as one book during the first few centuries after Jesus rose from the dead. Finally, late in the 4th century A.D., the Emperor Constantine put an end to the persecutions and the Church officially recognized the 27 books of the New Testament. Each book of the Bible had to meet certain qualifications before it could be included as the Word of God. The Early Church Fathers carefully considered each book in light of the following tests to discover if what was written was truly inspired by God. It was serious business, for many lives had been risked and even lost for the truth contained in these Scriptures.

How did a Book Qualify to be in the Bible?

1. It had to be written by a Prophet or Apostle

In a time when the Holy Spirit was not constantly present with each individual like we have him today, Prophets were the voice of God to men. They were compelled to speak God’s words without error. (Deuteronomy 18:17-20 – “The LORD said to me: “What they say is good, I will raise up for them a prophet like you…I will put my words in his mouth and he will tell them everything I command him...(20) But a prophet who presumes to speak in my name anything I have not commanded him to say, or a prophet who speaks in the name of other gods, must be put to death.”) Their books are filled with phrases proclaiming things like, “The word of the LORD came to me” (Jeremiah 1: 4), “The Spirit of the Lord spoke by me” (2 Samuel 23:2), “the Lord said” (Judges 1:2), “This is what the LORD says” (Isaiah 66:1). When God spoke to the prophets of Israel, they recorded his words and their books were kept in the Ark of the Covenant. (Deuteronomy 31: 24 – 26). Later they were kept in the Temple. (2 Kings22:8)

All the New Testament books had to be written by or associated with an Apostle. Ephesians 2:19-20-“Consequently, you are no longer foreigners..but fellow citizens with God’s people…built on the foundation of the apostles and prophets, with Christ Jesus himself..“

2. The Prophet or Apostle had to be confirmed by God

Every book of the Bible had to be written by a prophet or apostle of God. (although some used scribes or associates to do their writing for them) Since there were also false prophets, each prophet or apostle had to be confirmed as approved by God. This was done by acts of God, or miracles. For example, in the Old Testament, Moses performed the 10 plagues, the walls of Jericho fell for Joshua, Elijah brought a widows son back to life and many more. In the New Testament, Peter and John healed the crippled beggar, Paul cured the lame man and Peter brought Tabitha back to life. Paul told the Corinthians, “The signs of a true apostle were performed among you with all perseverance, by signs and wonders and miracles” 2 Corinthians 12:12

3. The Message had to tell the Truth about God

Since God can’t contradict Himself or lie to us, all the books of the Bible have to agree completely. (2 Corinthians 1:17 – 18 and Hebrews 6:18 and Deuteronomy 13: 1 – 3, Deut. 18: 20 - 22) This was an important test later when the prophets and apostles were no longer around and the new generations had not seen the miracles. It is primarily used to discover which books do not belong in the Bible.

4. The Book had to Display the Power of God

Not only did the writer have to be confirmed by the power of God, but the book he wrote also had to contain the power of God. The Bible is a living and active book. (Hebrews 4:12) There is no other book like it. If a book was from God, it had to demonstrate the power to change lives, to edify and evangelize. If it did not transform, then it wasn’t backed by God. (Isaiah 55:11)

5. The Book had to be Accepted as from God by the People of God to whom it was Written

The people the book was written to would have known if the writer was a prophet who had been confirmed by God. They were the best to tell if it belonged in the scriptures. For example, Moses’ books were put in the Ark as soon as they were written, (Deuteronomy 31:26, 1 Samuel 10:25), Paul quotes Luke as scripture, (1 Timothy 5:18) and the letters from the apostles were read and circulated among the churches. (1 Thess. 5:27)

The Bible is Finished

The Old Testament was finish by 400 BC. The New Testament was pretty much finished by the end of the first century. This was a time when eyewitness accounts could confirm or deny anything that was written. The prophets, apostles and their eyewitnesses are all dead and gone and no one has arrived who has been able to display the “sign” of an apostle or prophet. Therefore we can conclude that Scripture is closed and nothing after this time period has the authority needed to be included in the Canon of the Bible.

What is the Canon of Scripture?

Canon is simply the term used to refer to the Bible. It is the collection of books that has been discovered to be inspired by God.

Do these requirements help you believe that the Bible is inspired by God even if it is written by human hands?