How to Study Revelation and Why

This is where I started the Bible class that I taught at church. I started with this question. How do you approach a study on the book of Revelation, and why study a book so filled with hard-to-interpret imagery?

Revelation is the last book in the New Testament and it describes the revelation from Christ, the ‘reveal-er.’ Much of what is revealed is described with imagery and symbolic language.

Before I get to the why and how, there are some basic points to be made, first, about its source.

The source of Revelation

The chain of transmission of this revelation originates from the Father. He gave Jesus this revelation. Jesus sent an angel to John. John was shown the visions some directly by Christ, some by an angel. John then shared the entire revelation with the seven churches of Asia.

15 “Therefore when you see the ‘abomination of desolation,’ spoken of by Daniel the prophet, standing in the holy place” (whoever reads, let him understand), 16 “then let those who are in Judea flee to the mountains. Matthew 24

SIDE NOTE: Though several structures had been erected to pagan deities on the Temple Mount, the one that has been there the longest and fits the dates foretold of in the book of Daniel is the Al-Aqsa mosque; first built in the 7th century and is there, even today. Some say the "abomination of desolation" has been seen or set up since then.

Much of the imagery is from the book of Daniel, found in the Old Testament (OT). Several centuries before Christ's first coming, Daniel foretells from visions he received what will happen in the time of the end. The book of Revelation is the book which Daniel was told to seal in Daniel 12:4.

Both Daniel (12:10) and Matthew (24:15) wrote that the wise are to understand the time of the end. The book of Revelation is one venue by which we can gain this understanding. If there is one thing I know about myself it is that I'm always seeking to understand such things, so I gladly take this encouragement to seriously seek to understand Revelation.

Here are 5 key reasons why to study the book of Revelation:

There are about 550 references back to the OT. The majority of the things found in the first twenty chapters of the Book of Revelation are found elsewhere in the OT; like in Daniel, Isaiah, Ezekiel, Zechariah, Psalms, etc.

The prophesies in Revelation uncover and disclose some of the future. The OT prophets never foresaw beyond the coming Messianic Kingdom. It is in the last two chapters of Revelation totally new things are found about what is to happen after the Messianic Kingdom is established.

As the apostle Paul explained in Ephesians (1:17-19), believers in Christ are to expect to know "the hope of His calling" and the inheritance that awaits His saints. 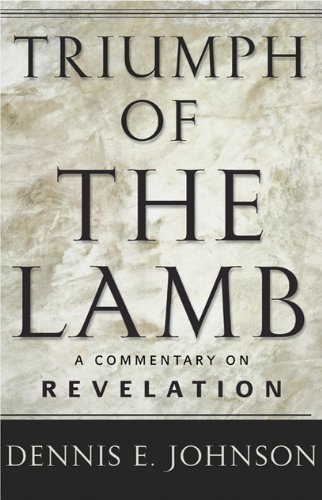 Triumph of the Lamb: A Commentary on Revelation
Buy Now

3. The prophesies in Revelation help our understanding of whole Bible and God’s plan:

Revelation is a lens that puts the entire Bible into focus. It takes the scattered OT prophecies and puts them in chronological order so that the sequence of events may be determined. (I will show this in my upcoming hub articles, and the final goal—Victory!)

4. God promises those who read/hear and keep this prophesy will be blessed:

These promised blessings encourage our faithfulness in two ways: 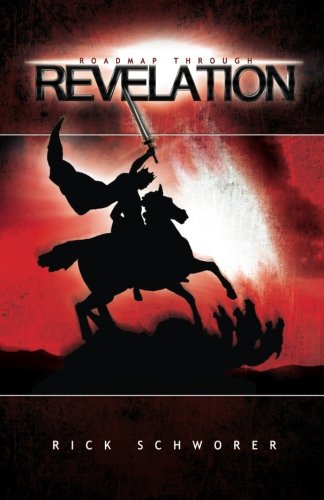 Roadmap Through Revelation
The author wrestles to do his own interpretation. This is very readable and provides a detailed explanation of events in Revelation that overlap, with great charts.
Buy Now

5. This prophesy insulates us from heresy:

The prophesies of Revelation, by foretelling what will come, insulates us from being taken by any opposing religion or someone claiming to be god.

Do you hold to any of these views more than another? If so, which one?

The imagery and symbolism used in Revelation has led to very different views on how to interpret the book and what time period it describes. Here are the four main ways to approach the interpretation of Revelation.

1. Preterist: This approach views most, if not all of Revelation as having been fulfilled in the first century with the fall of Jerusalem in A.D. 70.

2. Historist: This views Revelation as a panorama of church history from the time of the apostles until the Second Coming.

3. Idealist: This views Revelation as a depiction of the timeless struggle between good and evil that teaches ideal principles.

4. Futurist: This views Revelation chapters 4-22 as describing real people and events yet to appear on the world scene.

The last view, the Futurist view, is the only one that

I lean on this view most, with some from the Idealist view for a meaningful interpretation of some of the symbolism.

Revelation (New Covenant Commentary)
This well-known biblical and NT scholar gets right to the point and provides his own translation of the Greek text. He also draws from the OT and Apocryphal writings at important points.
Buy Now

THE COMING APOCALYPSE: What You Need To Know: A detailed look at what Jewish, Christian and Muslim texts have to say about end time events with ... and will it all culminate in Jerusalem?
Buy Now

Outline of Basic Points of Study

I will continue this study in further hub articles by addressing the following things in or about Revelation.