I Believe In Guardian Angels....

A picture taken over 50 years ago of one of my angels...

I believe they are all around us!

When I was a child, I used to go stay with one of my FAVORITE Uncle's and our Aunt who lived about two hours away from us, in Illinois. We would stay there for a couple weeks each summer to visit them and to spend some time with our cousins. My Uncle was an Illinois State Trooper. He was tall, handsome, and even when he was grown, he had a beautiful boyish and mischievous look to his face and a wonderful smile! Oh, the STORIES he would tell us about life and adventures as an Illinois State Trooper! I could listen to him for hours.

It was a more innocent time, back in the 1960's. At that time, they lived out in the country, surrounded by nothing but cornfields as far as the eye could see. I had two cousins that I enjoyed being with so much. My cousin Diana and I are only about six months apart in age, so we got along more like sisters than like the cousins we were.

One summer day, Diana and I had watched an episode of "The Brady Bunch" on television, and we were inspired by this particular episode of that show to try to break a world's "teeter-totter" record! We were bound and determined to STAY on that teeter-totter out in their backyard until we broke that Guinness Book of World Records record.

Night fell and sometime very late into the night, we grew tired... and I thought I remembered us falling asleep out there, but the way my cousin remembers it, we got scared of something out there in the darkness so we went inside. So much for breaking a world's record!

Now, this Uncle passed away about fifteen years ago from stomach cancer.... but he will live forever in my heart and memory. I remember he always had a boyish look, and such a beautiful smile, one that would always warm your heart.

In my dream, my son and his wife had come to visit us and they were out on the town one night (being in Las Vegas, you have to go out and have some fun!) I had received a late night phone call that they had both been drinking and that my son was determined to drive the rental car back to the hotel. I suggested they take a taxi, but he didn't want to leave the rental car there overnight. I said to the caller "take the keys! I'll be there in 10 minutes". I drove to where they were and when I arrived, there was a tall, uniformed, familiar looking officer standing by them.

He had on his crisp, pressed shirt, dark pants, one of those tall "Trooper" hats... he was telling them not to drive in their condition, that something terrible would happen. I said, "Sir? It's ok, I'll drive".... not realizing who he was. He turned around to talk to me.... it was my Uncle... young and healthy, vibrant, and with that boyish face and wonderful GRIN... I can't describe how it felt to see him once again young and healthy, not like he did when the cancer took him from us....and he was there for one reason, to protect our son and his wife.

Another Time We Experienced The Presence Of An Angel...

Now this next story is not a dream... it actually happened. One time, both of our sons were involved in a car accident when they were still teenagers. Their car was hit in an accident that I have heard described as "T-boned." It happened just five minutes after they had left our home. It happened while they were attempting to turn left, on what practically everyone in this town commonly said was a "terrible intersection." Someone who was going way too fast for conditions hit them on the side of their car.

By the looks of that totaled car, there probably should have at least been injuries... but both of our sons miraculously walked away without a scratch. My son who had been in the passenger seat told me later that Grandma had been with them. There is just one problem with that... we had lost their Grandmother about five years earlier to Multiple Myeloma, a type of blood cancer.

I believe she had watched over the two grandsons she had loved so much while she was here, in a love that continued into the next world....

Do I believe in angels? You BET I do.....they are all around us.

Do you have any angel sightings or experiences you'd like to share? I'd love the hear about them in the comments below! With all the angst going on in the world today, I think it's better to focus on the positive experiences in life. Sharing the positives can help to bless others, too! 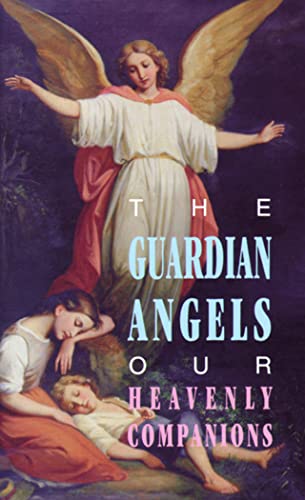