I Want To Be A Millionaire

Who Wants To Be a Millionaire

Who Wants A Full Reward?

Look to yourselves, that we lose not those things which we have wrought, but that we receive a full reward.(2Jn 1:8)

I make no pretense of being falsely modest here. I want to be rich. I want to be a millionaire. I will not coward to religious peer pressure which says I should be satisfied with an ‘ordinary’ Christianity. I will not be dissuaded by the lies which say that to want spiritual riches is pride. It is not. I will surname those lies by what they are: cowardice, indolence, and lassitude. I say it again, " I want to be a millionaire in the rewards of serving Christ."

Many believe and practice that to attain riches in money, you have to do it on the backs of others. This is debatable, but my riches are paid on the stripped back of my wounded Savior. Jesus paid for my sins on the Cross of Calvary, but He did much more. He also provided that I might be more than sustained; I can be rich in His rewards FOR ME!

Look to yourselves, that we lose not those things which we have wrought, but that we receive a full reward. (2 John 1:8 KJV)

I do not strive to be first among equals in the brotherhood of the redeemed. Such ambitions are worldly and do not give me the reward I desire. The Story of James and John before Jesus teaches this.

And James and John, the sons of Zebedee, come unto him, saying, Master, we would that thou shouldest do for us whatsoever we shall desire. And he said unto them, What would ye that I should do for you? They said unto him, Grant unto us that we may sit, one on thy right hand, and the other on thy left hand, in thy glory. … And Jesus said unto them, Ye shall indeed drink of the cup that I drink of; and with the baptism that I am baptized withal shall ye be baptized: But to sit on my right hand and on my left hand is not mine to give; but it shall be given to them for whom it is prepared. And when the ten heard it, they began to be much displeased with James and John. But Jesus called them to him, and saith unto them, … And whosoever of you will be the chiefest, shall be servant of all. For even the Son of man came not to be ministered unto, but to minister, and to give his life a ransom for many. (Mark 10:35-45 KJV)

Nevertheless, I want to be a millionaire in the things that count. I am not saying that I do not like material blessings. I do and I am thankful for all the things I have. However, my life experiences have taught me that many riches are not always what they appear to be.

The story is told of the wolves and the would be hunters. The wolves were laying waste to the farmers' sheep. The loss was horrible; so the farmers' association raised a bounty on them to two hundred dollars a hide. Two hunters, Jack and Jim, decided they could make use of the money. With great ambition they hurriedly assembled their stuff together, and they pounced out to the wide open spaces. Jack said, “Yep, We’re fixin’ to shoot some wolves and make ourselves rich!” The two bounty seekers hunted the day without luck, but were not dismayed. They made camp for the night as if they were boy scouts on their first adventure into the woods to earn their merit badges. They fell asleep under the stars. Suddenly a noise woke Jack. By the light of the campfire he saw the eyes of a hundred wolves -- teeth gleaming. He shook his friend and whispered raucously, "Jim! Jim! Wake up! We're rich!"

Well, the truth is that I am rich and getting richer. Actually, I want to not only be sustained by Christ’s grace, I want to be rich in grace!

Are You Rich In Christ Jesus?

Are You On The Road To Heaven? 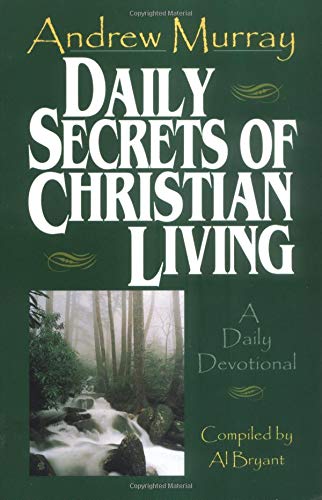 These things have I spoken unto you, that my joy might remain in you, and that your joy might be full. (John 15:11 KJV)

To the readers of this hub, there is nothing wrong with seeking fullness! It all depends on the manner of fullness you seek! Become rich in Christ, and your joy will be full. To make use of an old Scriptural metaphor, some want to only make it in by the “skin of their teeth.”

Job is rich. Then he became poor. Indeed, it is worse than this. Satan is allowed to destroy his health and his wealth. His family is mostly taken from him. His body is covered with sores and ulcers. Everything that made his earthly life comfortable is taken from him. Job testifies that the only thing Satan left him was the “skin of his teeth.” Satan smote Job from head to feet with ulcers, and he only spares his mouth, lips, and teeth, the apparatus of speech, that he might therewith curse God. Job patiently refuses to curse God. Job could do this because he is rich, not the fullness of bread from mammon, but the rich in the Bread of life from his God. Job continues to be rich in what counts, and God makes him richer!

Nevertheless, what God wants us to have is not necessarily a bounty of gold, but a plenitude of grace. If you miss anything, do not miss the full measure of your reward! I charge you not be cowardice. Maintain a love that dares everything for your Savior. Be rich in Him, and get richer! Be satisfied with nothing less. Do not despise anything which can aid you in His service of grace. Be rich towards God : be millionaires in loveliness. Heaven holds back not an iota of its produce from those who are heirs to its birthright. This is your destiny; rise to it!

Look to yourselves that ye receive a full reward.

I Have Full Joy In My Heart!