Wake Up! The Insight and Inspiration of Anthony de Mello

There are only a handful of writers I would say have changed my life - Anthony de Mello is one of them. His writings are so clear, so profound that I can honestly say he has transformed how I look at the world.

His emphasis on awareness is a constant reminder to me to 'stop and smell the roses'. Anthony de Mello was also the first introduction I had to the idea that my thoughts and judgements are not real, but are simply the filters which cloud my ability to see life as it really is.

And it has been Anthony de Mello who has taught me through his writings that spiritual growth does not come through effort so much as non-attachment. He has opened my mind to the humbling concept that there is much in life that we cannot control - and that this is a good thing because beneath the mystery lies a beautiful 'rightness' to our world.

Anthony de Mello holds a unique position at the crossroads of Western Christianity and Eastern Mysticism. He was a Jesuit priest and psychotherapist who lived from 1931 until his sudden death in 1987. While he was a Catholic priest and drew inspiration from the Bible, there are also clear Buddhist and Hindu influences in his work – themes such as enlightenment, non-judgement and awareness.

Born in India, his writings and seminars have gained him many fans internationally. He has written several books on his own thoughts and meditations, and he has also collated wonderful collections of enlighening spiritual stories from around the world. His writings on the nature of spiritual reality reach deeper than any one culture or religious tradition, and this is part of the reason for his enduring and widespread appeal. 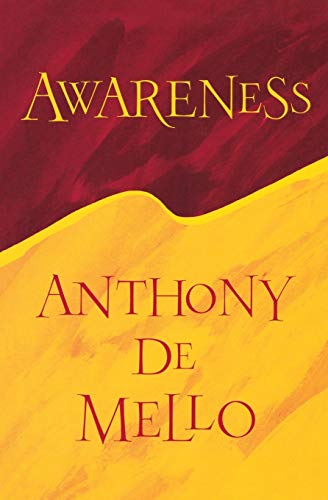 Wake up! De Mello used the metaphor of sleeping / wakefulness in many of his writing and speeches to illustrate the concept of enlightenment for western audiences. He tells his audience repeatedly that they are living life as sleepwalkers, lost in a world of illusion where what they respond to is not reality but their own false ideas.

Seeing clearly: this is a constant theme in the writings of Anthony de Mello. He teaches that the state of enlightnment is when we can perceive reality clearly, without the filter of our fears and attachments. He also states that it is only when we see life clearly that we will fall in love with all of existence; 'for it is in the act of seeing that love is born'. To see someone as they truly are is to love them, and seeing them as they are is the greatest love we can show another human being.

"What, concretely, is Enlightenment?"
"Seeing Reality as it is," said the Master.
"Doesn't everyone see Reality as it is?"
"Oh, no! Most people see it as they think it is."
"What's the difference?"
"The difference between thinking you are drowning in a stormy sea and knowing you cannot drown because there isn't any water in sight for miles around."

From 'Awakening : Conversations with the Masters'

Awareness, not effort: The poet and mystic Rumi once said: Beyond ideas of right and wrong there is a field. I will meet you there'. This thinking is very much in line with the message of Anthony de Mello. The very idea that spirituality is about awareness rather than making the effort to do right and avoid wrong can be challenging for those of us with perfectionist tendencies, those of us who believe there are spiritual rules and standards against which our behaviour is judged. Anthony de Mello however has no qualms about telling us that this quest for spiritual perfection is a barrier to true enlightenment - because our spiritual vanity comes from the ego, not the soul.

What de Mello offers in his writings is a beautiful vision of spiritual grace - the possibility of a sudden moment of enlightenment when we have lost all desire for spiritual attainment.

To a man who hesitated to embark on the spiritual quest for fear of effort and renunciation the Master said:

"How much effort does it take to open one's eyes and see?"

- From 'One Minute Wisdom'

The importance of Waking Up

Getting started with Anthony de Mello

For an introduction to the core ideas and themes of Anthony de Mello's spirituality, 'Awareness' is the best book to read. It is his most well-known work and in it he expands at length on the nature of reality, the importance of self-knowledge and where happiness and enlightenment come from.

There are a couple of beautiful collections of short spiritual stories which are particular favouties of mine; 'One Minute Wisdom' and 'The Song of the Bird'. These stories are drawn from a range of spiritual traditions from around the world. And like all Anthony de Mello's work, they are not limited by the doctrine of any one religion, but instead deal with the eternal and mysterious nature of spiritual truth.

De Mello has also outlined spiritual exercises which can help anyone who is seeking spiritual growth of the kind he outlines in his other writings. These exercises are an intriguing and powerful mix of Eastern and Western traditions - a meditation for Christians seeking mystical experience, if you like. 'Sadhana: a Way to God' and 'Wellsprings:a book of spiritual exercises' are two of the most well-known.

And a special note must go to my favourite book: 'The Way to Love'. This short book is a series of contemplative essays inspired by quotes from the New Testament. In these essays Anthony de Mello interprets Jesus' teachings on divine love in a way which is both deeply insightful and utterly inspirational. He reaches a level of spiritual truth which relates to all religions, and to those who pursue their spirituality independently. His message is universal: Wake up! 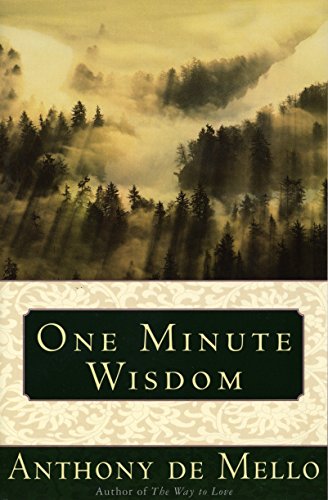