Is Heaven Real? An Account of a Little Girl's Vision of Angels

When my son fell off of a slide at the age of six, he was knocked unconscious. Someone called an ambulance but it was me and my husband who rushed him to the hospital.

I will never forget that day not only because my son lived, but because as I sat praying in the wee hours of the night my tiny two year old came walking into the bedroom to tell me about the angels outside. 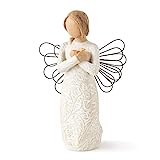 It was a sunny afternoon in the summer and my six-year-old son bounded off to the nearby playground with a couple of neighbor kids. I was baking cookies in the kitchen with my extremely bright two-year-old at my side.

The smell of freshly baked cookies was in the air as I began to place another pan of cookie dough into the hot oven. Just then the door burst open and a couple of very young, teen-age girls that I didn't recognize came rushing inside. I was taken aback as I saw the look of serious concern on their faces.

'Your son just fell off the slide!' one of them cried.

I stopped dead in my tracks as I tried to comprehend the two girls that just bursted into my home and at what was just said. Standing there with oven open and cookie sheet still in hand I could only stare at these beautiful young girls that I had never seen before.

One of the girls came over to me, gently took me by the hand and led me urgently toward the door. The other girl immediately took the cookie sheet from my hand, closed the oven door and turned it off. She then scooped up my two-year-old and followed alongside of me and the other girl.

The girl leading me by the hand began to tell me that she was the bus patrol from my son's school bus and she knew where he lived. She also began to tell me exactly what happened and that I must come right away! I followed her to the door without hesitation. 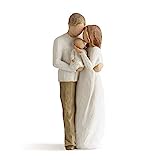 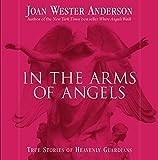 In the Arms of Angels: True Stories of Heavenly Guardians
Buy Now

His Lifeless Body Laid Crumpled on the Ground

As soon as we were outside I could see the playground with many young children standing around in a group at the bottom of the tall slide in the middle of the playground. I gasped and let go of the hand that was guiding me as I began to run as fast as I could toward the scene.

The two girls followed behind me, one of them holding tightly to my two-year-old cradled within her arms and chest.

I eventually lost sight of the two girls who ran with me to the playground as I now stood over my son's lifeless body. I noticed other adults gathering around and someone holding my two-year-old's hand from the corner of my eye.

I knelt down and saw that my son was unconscious. There were many voices and offerings of help. Apparently my husband had just gotten home from work and joined me somewhere during the confusion because the next thing I knew I was rushing my son to the hospital with my husband at the wheel of our car and my two-year-old in the car seat in the back. My son laid helpless in my arms as I looked down at his angelic face and prayed.

Once we arrived at the hospital my son was given an examination and then X-ray's were taken. The doctor told me that he didn't appear to have suffered a brain hemorrhage or anything but he wasn't out of the dark because his brain could still swell.

'No matter what, though', the doctor told me, 'he'll have a powerful headache in the morning and he'll need lots of rest'. We were then allowed to take him home but were told to keep him awake for as long as possible in order to detect any signs of serious injury.

We did as the doctor told us but it began to get very late into the night so we put our son to bed. I had put my daughter to bed much earlier so she was fast asleep. All night long I kept checking on my son, praying all the while.

About three-in-the-morning I climbed into bed. Kneeling, I put my face into the pillow and began a fervent prayer on behalf of my son.

The Boy Who Came Back from Heaven: A Remarkable Account of Miracles, Angels, and Life beyond This World
Buy Now

With tears streaming down my cheeks I begged God to protect my son. I pleaded with Him to surround my house with warrior angels and to send a healing hand to touch my precious child. Just then, my two-year-old daughter walked into my room through the partially open door. She was rubbing her eyes as she said "Mommy, there's angels outside".

I was in shock and couldn't believe my ears. I began to probe her for what she saw. She began to give an account of strong, male angels wearing robes with swords in their belts. She said they stood taller than the house and were standing shoulder to shoulder.

I cried as I picked her up. I laid her in bed with me, thanking God under my breath. The two of us fell asleep in my bed along side my husband. I later woke up to the sound of both my kids happily laughing and jumping on my son's bed. I ran to them, thanking God for protecting and healing my child.

From that day on I periodically asked my two-year-old to tell me about the angels she saw that night. Her story never changed over the years. Even up to the very day that I last spoke with her on the phone prior to her sudden death in a car accident. Something inside me made me ask her again to give me an account of what she saw that night that she came into my room. 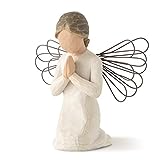