Jasper, as it's commonly called, or Fire Opal as some have referred to it, is the sixth stone in Aaron's Breastplate, the 8th stone in the foundations of New Jerusalem. Keep in mind these are the most commonly agreed on placements among an incredibly diverse scholarly, theological, historical and archeological spectrum of gemology, history and both Jewish and Christian research and definitions. As in other discussion so far where more than one stone is suggested, it's interesting to look at their various similarities as to why they were chosen.

Jasper is called such, largely due to it's Hebrew and Greek wording. The Greek translation of the Hebrew word comes out as Isapis, commonly interpreted as Jasper into English. Once again we see the availability of this stone in the time of the Hebrews fleeing Egypt, as there is a yellow-red Jasper gem known as "Egyptian Jasper". This stone is said to be both opaque, and strongly yellow and red in colour. It's considered one of the more sensitive or softer stones at 6.5-7 on the Mohs hardness scale.

Fire Opal also is also considered an orange-red stone, and as a result, one of the more flashy and eye-catching stones in the Opal family. It is said to be found in Ethiopia and ranges a 6-7.5 on the Mohs hardness scale. Apparently, due to the fact the Fire Opal has a high water content, it is a difficult stone to prepare, age, or treat in any way. Some stones will go cloudy if the water content has in some way left the stone. This stone is also known to dry out and crack too.

So we see availability to the Egyptians who showered the Hebrews with precious things as they fled. We see very similar colorations in the two stones, and we see similar softeness. 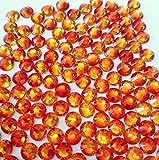 Zebulun and Peter - Associations with the Stone

Various meanings of Zebulun's name are "exaltation", "habitation", "to exalt" "home" and "honour". Zebulun's lot in the Promised Land was to settle on the coast. It is said that Zebulun's sea ports were a welcome sight to sailors.

Peter's name of course, means "Rock" as his full name was actually Simon-Peter. Peter is known in the Gospels for having a fiery personality, a "speak first think later" attitude, and fierce loyalty! He was present when the Holy Spirit fell on the 120 in the Upper Room, and became instrumental in the Early Church.

How does this relate to the Bride of Christ?

Christ our Rock is our habitation. Indeed we are to honour and exalt His place in our lives. One of the symbols of the Holy Spirit is fire, which is often drawn artistically using red, orange, and yellow colours, all of which are represented by the stones discussed here. Our hearts are to be Christ's home, and He says in the Scriptures that if we show our love through obedience to His commands, that "we" referring to God the Father, God the Son and God the Holy Spirit, will make "our" abode with him. It is the Holy Spirit who has been sent to come alongside us and prepare us for that wedding day in the sky! He is the One who opens our eyes and illuminates our hearts to the teachings of Christ and all we are to do to prepare ourselves for that day.

Our lives are to be marked by the Fire of the Holy Spirit, built on the Rock, which is Christ Himself.

Today we covered the Sixth Stone