Jefferson's bible: Most sublime and benevolent

Using shears and a jar of paste, Thomas Jefferson revised the long-standing text that had shaped cultures, societies, and governments alike. He edited the one of the oldest books mankind has known.

Not satisfied with ancient teachings, he altered the writings to reflect the ideals he shared with his contemporaries...

Thomas Jefferson cut god right out of the bible.

Jefferson had fundamental disagreements with King James on more than one battlefront.

As to his purpose, he wrote “...I am a real Christian, that is to say, a disciple of the doctrines of Jesus."

Jefferson viewed Christianity not as a religion, but a philosophy. He had no belief in the supernatural references that pepper the bible. Removing all passages that relate to divinity, prophecy, the trinity, and miracles, he trimmed the King James Bible from 773,000 words all the way down to 25,000. In 1804, he completed The Philosophy of Jesus of Nazareth.

Unsatisfied with his first effort, he reworked and revised his text until The Life and Morals of Jesus of Nazareth was completed in 1820. Jefferson’s bible ends not with the resurrection story, but with the a simple and final statement: “There laid they Jesus. And rolled a great stone to the door of the sepulchre, and departed.”

In a letter to John Adams in 1813, Jefferson described his intentions. “In extracting the pure principles which he taught, we should have to strip off the artificial vestments in which they have been muffled by priests, who have travestied them into various forms, as instruments of riches and power to themselves... There will be found remaining the most sublime and benevolent code of morals which has ever been offered to man.”

Jefferson shared the completed work with his friends and peers. But he was cautious.

He refused to allow his book to be published.

Although he was a man of great conviction, he did not wish to be "exposed to the malignant perversions of those who make every word from me a text for new misrepresentations and calumnies."

Speak now... or forever have the wrong motto on your nickel.

He had no desire to preach or to debate his personal religious views in a public forum. His passion was private. Further, he understood that the conflict his views would create could only distract from his political issues. Jefferson made the decision to protect his profession at the expense of his faith.

Like all of the founding fathers, Jefferson felt strongly about separation of church and state. The U.S. Constitution contains only a single reference to god: “Seventeenth Day of September in the Year of our Lord One Thousand Seven Hundred and Eighty Seven”. One mention, and secular at that.

"Religion is a subject on which I have ever been most scrupulously reserved," he wrote. "I have considered it as a matter between every man and his maker, in which no other, and far less the public, had a right to intermeddle."

Was Thomas Jefferson an atheist?

He referred to himself, as did many founding fathers, as a deist. Jefferson and Abraham Lincoln are the only two presidents who did not affiliate with a church.

There is a school of thought that holds Charles Darwin responsible for two theories of evolution. The first is his stated theory of evolution of species through natural selection. The second theory of evolution can be found in the philosophical debate that “natural selection” created. By providing a plausible scientific explanation for something that had previously been attributed to supernatural forces, Darwin opened a door for religious skeptics.

Armed with the concept that there may be practical scientific answers to life’s mysteries, many who defined themselves as deists evolved their philosophies to atheism.

In 1799, Jefferson wrote, “It is impossible for a man who takes a survey of what is already known, not to see what an immensity in every branch of science yet remains to be discovered.” The more we learn, the less we know. Every answer in turn asks more questions.

Had Jefferson been able to study The Origin of Species, what would his thoughts have been? Darwin himself was ambiguous about his own conclusions. We are left only to analyze and debate what Jefferson’s stance may have been.

The Life and Morals of Jesus of Nazareth was officially published in 1904 – 100 years after his first draft was completed. After years of passing quietly through Jefferson’s family, the original cut and paste manuscript was discovered around 1895 by a librarian at the Smithsonian. It resides there safely to this day. 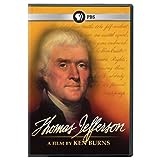