Another Name for Jesus

Tonight on Pay per View!

An epic battle between two gentlemen, both known as the man who gave a blind man the ability to see, the same who walked on water. Who will Win? Taking bets now.

Before we kick this thing off.. Let's discuss.

Here it goes. We have too very similar religions, that grew up a stone's throw from each other. One got named ancient the other contemporary. One did precede the other though. We now know that Christianity is the puppy of the bunch of dogs, it is the newest religion compared to the dates of other beginnings of religion. So with that said. Are these stories duplicates?

Honestly, I don't know. I can certainly see how they are similar though. I am going to rattle off some comparisons, and I will let you decide. Remember, The Egyptian "Mythology" Predates Christianity..

It's not that far in today's standard of travel. However, a freaking life time during the time in which we are talking which is about 1 - 2000 BC. Honda had not been founded yet. I'll put it that way.

It was still doable though. Ancient artifacts of Egyptian birth have been found in Israel, therefore aliens. Sorry, Possible. Boats, traveling merchants, all these things still happened. But most importantly, the slave trade happened. Oh yea, did I mention the pyramids were built by ancient Jews?

Or so we think?

Alright you impatient bastard, I will tell you. I am going to take you back a few years and tell you the story of a girl and her box.

No! You sick perverts, A girl, was given a beautiful box adorned with jewels and gold, this box was never to be opened. Well guess what, she opened it. Spilled out of the box, was good, and evil.

Let me tell you another story, Another girl, 24,710.4 football fields away, was given an entire garden to eat from, but was not given permission to eat from one tree in particular. Well guess what, she ate from that forbidden tree, and released shame and evil across the world. She also slept with her son, and that's apparently where we all come from, but that's a tale for another day.

So two girls, both told not to do something, but do it anyway.. Interesting.

Any true atheist, knows religion pretty well.. They study it, often times more than people who believe it. Now begins a tale of two orphans, known as Christ, and Krist.

This, Ladies and Gentlemen.

Is my good buddy Horus. He's a good looking old chap, what with his bird head and no flipflops. Yes, he is a true marvel, and what pray tell is that in his hand, A crucifix? They called it an Ankh, but it was still an ancient torture device called a crucifix.

Let me tell you about my boy Horus here. He was an Orphan, His Foster Momma name be Meri, or Nu, and her foster baby daddy be named Seph.. He was born in Annu, "Place of Bread." He was nicknamed Krist. When he was a baby, someone tried to murder him. He had 12 followers, walked on water, healed the sick, was crucified, and resurrected. His true Daddy was a God.

And Last but not least, his title.. Was Jezeus.

This is Jesus. This charming young gentleman is too, an orphan. He was born in Bethlehem "House of Bread." His Mother, Mary, Foster Father, Joseph. He had 12 disciples, walked on water, healed the sick, and was crucified and resurrected. His Daddy was also a God. Someone tried to kill him when he was a baby.

Both babies, Horus, and Jesus, were targeted by the names of Herut, and Herod.

Horus's additional Titles: The Lamb of God, The bread of Life, the truth, and the light.

What messes this whole thing up even further.. Here are some fun facts.

All had Gods for fathers.

2 had births announced by stars and music.

4 had guys that tried to kill them when they were babies.

6 Resurrected from the dead ie, were Zombies..

So these guys are similar.. I invite anyone to argue this one.. It looks like plagiarism.

That's it, you guys are expelled.

Who would win in a three way fight?

Read it for yourselves. 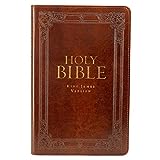 This one is cheaper.

The Egyptian Book of the Dead: The Book of Going Forth by DayThe Complete Papyrus of Ani Featuring Integrated Text and Full-Color Images
Buy Now