Abolitionist in Kansas: John Brown -- Terrorist, Martyr or Both?

The question of whether John Brown was a madman or a martyr seems to call for an easy answer, depending on one’s own perspective of violence. If people were that simplistic in their beliefs, perhaps the question of John Brown as a madman or a martyr could easily be answered. But, people are complex, life is messy and huge mistakes are made. People learn, grow and change their minds. John Brown seemed like a simplistic person; he believed in God, followed Biblical principles, and believed slavery was wrong. Brown oddly chose violence for what he saw as an unjust institution in a great land that should be dedicated to the freedom and equality of all men. Yet, John Brown, while believing the above, also seemed prideful, manipulative and willing to murder people in the name of God, none of which could be considered Christ-like characteristics. These traits, or lack thereof, do not make one a madman or a martyr.

By today’s definition, John Brown was a martyr. Brown made great sacrifices to further an humanitarian cause; to further that cause, he made a point of memorializing his suffering towards the end of his life; and he died without renouncing his religious principals.

It is through the ideologies of his family and by personal experience that Brown made a moral decision that slavery was wrong. Brown’s father, Owen, was a strong Calvinist Puritan and taught his children to fear God.[1] This religious upbringing must be emphasized in order to understand the beliefs of Brown. Simply put, Calvinism emphasized that sin began with the fall of man, thereby separating man from God. Christ’s obedience by dying on the cross healed that separation. Once one has accepted Christ through faith, it is evidenced by repentance and remission of sin. But, the perfection of man is not obtainable and there is continual struggle against sin. The Puritans also believed that Christ was the head of secular governments and because of this, secular governments were to be held accountable to God. Therefore, the government was responsible for punishing the sins of its citizens when necessary.

Brown had also been taught by his father that slavery was a “great sin”. His father had fought in the Revolutionary War so that America could be free from England’s sin of oppression upon the American Colonies. [2] The influence of immediatists and Brown’s first-hand experience as a twelve-year old watching a man beat a young slave with an iron shovel, solidified his desire to declare an “eternal war” with slavery.[3] Unlike many other Puritan abolitionists who chose to work within the system of the Federal government to abolish slavery, Brown, following the lead of Revolutionary War veterans, chose to fight against oppression by using violence.

The decision to use physical violence in fighting for or against slavery was not created by Brown. Brown came to Kansas specifically in response to his son, John Jr’s written plea for help obtaining weapons for the fight against proslavery settlers and border ruffians.[4] These border ruffians, without becoming settlers, illegally entered into the Kansas Territory to elect proslavery candidates for the new Territorial state and local governments.[5] Fraudulent laws were passed, including the Act to Punish Offenses Against Slave Property in 1855. Punishments were allotted to anyone who spoke or wrote against slaveholding and a death or at a minimum, ten years hard labor, was sentenced to anyone caught assisting fugitives.[6] With the illegal acts of the pro-slavery settlers and border ruffians, the Northerners and anti-slavery settlers were angry, tensions were rising and in the eyes of John Jr., “violence that was sure to come and make Kansas bleed.”[7] These laws, when combined with the Fugitive Slave Act of 1850 and the Dred Scott case of 1857, really left Brown without any choice but to use violence to change the United States’ position on slavery. The laws did not remit sin, and to Brown that they never would.

John Brown wrote to his wife and children on December 16, 1855, and explained his version of the siege on Lawrence by pro-slavery sheriff, Samuel Jones, and his men. It began with the murder of Charles Dow by a pro-slavery settler named Coleman, the month before.[8] These two incidents and a pro-slavery attack of fifteen to twenty-five against a few Free-State men, which resulted in the death of Mr. Barber, was the fuel that began the fire for Brown.

False rumors of another invasion of Lawrence and the beating of Senator Charles Sumner led Brown down a path of vigilantism.[9] While arguably no excuse can be made for the actions of Brown’s men during the Pottawatomie Creek Massacre, it is certainly understandable it could happen. The Kansas Territory consisted of anti-slavery and pro-slavery settlers, each settling for the main purpose of deciding the fate of slavery in Kansas. It had become violent and everyone knew the risks. Legitimate laws did not work and the Territory was at war. By today’s standards, there are ethics to war, even undeclared. This was not the case in Kansas. Though James Doyle, Allen Wilkinson and William Sherman did not own slaves, they were pro-slavery men. There was no reason to justify violence against them, if they were following the Federal laws in exercising their legitimate rights to attempt to make Kansas a slave state. However, as evidenced in the Testimony of Wilkinson’s wife, Wilkinson was not only a pro-slavery man; he was a member of the illegal Territorial Legislature.[10] Wilkinson was at first a Free-Soiler, but was elected on a pro-slavery ticket to the Bogus Legislature.[11] This made him a traitor by Kansas Free-Stater standards. Wilkinson was the first postmaster for the area and was known for intercepting the mail of the Free-Staters.[12] It was speculated that Wilkinson was connected to pro-slavery Alabamians who had come to Kansas and was “privy to their plots and threats”.[13] In the case of Wilkinson, Brown (who never confessed to the murders), or those working on his behalf, had a calculated reason for targeting Wilkinson. It was not a random act of violence. While Wilkinson did surrender, and by modern ethical war code, should therefore have lived, it is not unusual for men at war to kill political powers once they are captured. This is part of the psychological warfare that comes with the physical – kill the leaders so the opponents scatter. These are not the actions of a madman, but of a leader in war. Further research would determine the political role of the other victims of the Massacre and their calculated deaths.

Regardless of whether the deaths of these men were murderous or unfortunate acts of war, during the Harpers Ferry incident, Brown and his men avoided killing any of their captives. In fact, Osborne Anderson, one of Brown’s men, stated that Brown had given his final instructions to his men and stated “Do not, therefore, take the life of any one if you can possibly avoid it; but if it is necessary to take like in order to save your own, then make sure work of it.”[14] This indicates Brown valued life, even in the midst of warfare. Brown had gained experience by the time of the Harpers Ferry incident. His personal feelings are unknown regarding Pottawatomi, but youth comes in many forms. As an inexperienced soldier, his actions would be quite different than as a seasoned soldier.

Unlike many other abolitionists, Brown did not sit and dream about the emancipation of slaves. He was a realist and acted as such. He treated black people as people, equal to him. He took to heart what the Bible said. In speaking of the New Testament, Brown indicated that God was not a respecter of persons. And because of this, if necessary, Brown was willing to die to continue to the ends of justice and “mingle my blood further with the blood of my children and with the blood of millions in this slave country whose rights are disregarded by wicked, cruel, and unjust enactments.”[15] Brown was dealing with abolitionists who were not quite ready to make blacks their equals. He was also dealing with a pro-slavery mentality which treated black people no better than animals. One profound statement of the pro-slavery view can be found in the Albany, New York, Evening Journal, “Though we ‘would that all men’ were Free, we should as readily go to Virginia to run off their Horses and Cattle, as their slaves.”[16] For Brown to go beyond seeing black people as animals, go beyond seeing them as inferior humans and see them just simply as people is amazing for his time period.
Brown’s sacrifices to the cause of freedom are great. He sacrificed a traditional home life with his wife and children back home in Ohio, and for the most part, those children only received the benefit of his fathering through letters. Brown also suffered the loss of three of his sons who were involved in the abolition movement. Brown lost his dignity while alive by being called insane and fanatical. He suffered an unfair trial in a country he loved and believed could change.

Brown furthered the cause of freedom even unto his death. As advice to his wife and children, Brown wrote that God was whom he served; God would never leave them or forsake them, unless they forsake him.[17] He intentionally wrote letters to his family, pastors, and other abolitionists before he died. Some would say Brown intended to memorialize his legacy, and it did. A glimpse into those letters, however, shows an emphasis on continuing the abolition cause.

For all that could be said of Brown, he was not hypocritical in regard to his religion or his belief that slavery was wrong. He hated slavery, not only because it was sin but because it was wrong to enslave people.[18] Brown was a man of principal. In Henry David Thoreau’s plea for Brown, he wrote that he would rather have “small-pox, yellow fever, and cholera, all together in my camp, than a man without principle.”[19]

Whether one agrees with Brown’s abolition methods or not, there is no mistake that Brown was a martyr in today’s sense of the word. He felt he was called to God to fight a terrible sin of man against man. He sacrificed dearly his family life and their lives so that others would have a chance to live free. He sacrificed his reputation, and finally his own life. He did not renounce his religious beliefs because to do so would forsake his God. Brown left a legacy. That is, a continued movement towards the abolition of slavery and freedom of all men. Whether his actions were the main cause of the Civil War is debatable. There many other influences to consider. Martyrs are human, not gods. They make mistakes, and sometimes, they deliberately do what is wrong. Still, those actions cannot minimize the overall life of a man or his willingness to die so that others may be free. 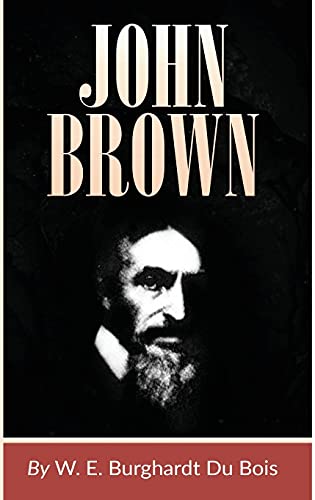