Among his varied other writing interests, Richard Parr aspires to creating interesting and inspiring stories about life.

There Has Not Arisen One Greater

I doubt there's a book been written with as many characters in such diverse circumstances, covering such breadth of human history as the Bible.

This is because the Bible's focus is people, or maybe better put, God's dealings with people.

As would be expected of all these people, some stand out more than others. But not necessarily for the reasons one might expect.

One such was a man who, before Christ, is ascribed to be the greatest man to ever live.

“Assuredly I say to you, among those born of woman there has not arisen one greater…”

The man was John the Baptist.

To the Jews that heard Jesus, this would have surprised, for Jesus was saying that John was greater than Moses, Abraham, Isaac, Jacob, Job, Daniel, David, Samuel, Joseph, Elisha… and every other man of faith throughout scripture and history.

There was a man sent from God whose name was John. He came as a witness to testify concerning that light, so that through him all might believe. He himself was not the light; he came only as a witness to the light.

There was no greater man that had ever been born before Christ than John.

Moses was a friend of God -- John was greater.

David was a man after God’s own heart – John was greater.

Elijah did not see death because of his obedient faith – John was greater.

Why? What were the reason’s that John was so great?

Of course, in answering this we must understand that the qualities earning God’s stamp of greatness are not the same as the worlds; and in many cases are quite opposite. As proof of this you only have to go to a library or good book store and locate books on great people and their lives. Unlikely it would be indeed to find John the Baptist listed among them.

You’d find Alexander the Great, Napoleon, Shakespeare, Nero, Winston Churchill, Abraham Lincoln, Oliver Cromwell, many kings and queens, and even such names as Gandhi, Martin Luther, Mohammed. But John would not be listed amongst the greats of history.

Those listed either achieved something remarkable for the benefit of others; something infamous to the detriment of others, or, something beyond the abilities of most others.

But John, who was greater than all these, will not be mentioned; because he was great in a way that most men do not recognise nor acknowledge.

The World Measures Greatness in Many Ways

Why Was John The Baptist Great?

‘And John himself was clothed in camel’s hair, with a leather belt around his waist; and his food was locusts and wild honey.’

He most definitely therefore wasn’t great in wealth.

And he didn’t walk in the circles of the great. We read that John abided in the wilderness and people came to see him.

But John was great because of three things;

The Greatness of John the Baptist's Mission

For many people, when they hear the name John the Baptist, they will immediately associate the following verse;

‘The voice of one crying in the wilderness; prepare the way of the Lord, make His paths straight.’

Why do people make that association?

Because that was John’s soul mission in life, He was born to prepare the world for Jesus Christ.

In Luke 1:76 we read concerning John;

‘And you child (john) will be called the prophet of the highest; For you will go before the face of the Lord to prepare His ways, to give knowledge of salvation to His people…’

What an amazing mission - to prepare people for God’s arrival on earth.

But even in preparing the way for Christ, John’s greatness could not be attributed to his miraculous power or wonders; because he performed no miracles. John 10:4 says;

‘Then many came to Jesus and said; “John performed no sign, but all the things that John said about this man were true.” And many believed in Him there.’

No. What made John’s mission great was that he preached Christ. The culmination of John’s mission was the entrance of the world’s saviour. Therefore he preached unlike any prophet before him to ‘make ready a people prepared for the Lord.’ 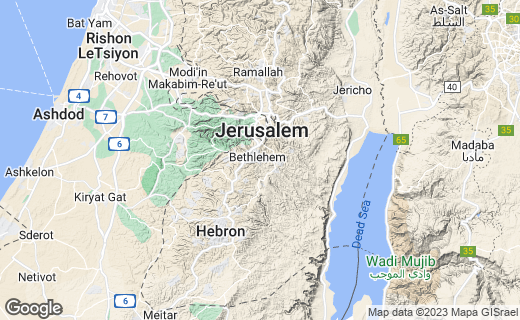 Johns commitment to his mission

If there was ever a man who gave his all for the job, it would have been John.

He was only 30 years old when he began his mission, an age when most men have just gained the experience, courage and wisdom to really do well for themselves. An age that a man feels ready to really make something of himself –to face a challenge with confidence- in his job, his family, his community, his hobbies. It is normally a time in a man’s life where he feels the greatest potential for growth and achievement.

John was willing to put all that focus, energy, and potential into just one thing –a mission that would not benefit him in this life with any of the comforts that we hold so dear; A mission that wouldn’t elevate him in the world’s eyes, nor have people admiring him for his achievements.

No. John’s mission required that he speak of things most people would reject, act in a way that many people would despise, and live a lifestyle that most would run a hundred miles to avoid. So foreign to the world was his message and manner that Luke 7:33 tells us that many thought him possessed of a demon.

His mission was hard –ultimately ending in his death. But it was a mission that John embraced as zealously as Jesus did his own, because John realised that his mission dealt with the highest of goals, the saving of souls.

‘And he will be filled with the Holy Spirit, even from his mothers womb, and he will turn many of the children of Israel to the Lord their God.’

John's Self Sacrifice For Christ

John knew that by his inspired words about the coming messiah, and by his righteous life, he would be making Jesus more real to people. He was like the bugler that a king sends ahead of him when approaching a city to prepare them for his arrival. The people hear the bugler and then become watchful to see what the bugler has declared. If not for the bugler the people would not be expectant, and therefore less likely to believe it when the king actually does arrive.

Much like if the queen suddenly turned up on your doorstep one morning. Even though she came with all the trimmings of the queen and looked like the queen, just the simple fact that she wasn’t announced would bring serious doubts to your mind as to whether this truly was the queen, wouldn’t it?

John had the same job, he was to make Christs upcoming arrival, Christs testimony of himself, the more plausible –he was Christ’s bugler.

And he was determined to make as many people as possible aware of the saviours approach, because then, being aware; they had the better chance of believing in him. And so committed was he in this, that he denied himself everything but the essentials to accomplish it.

What surprises you most about John the Baptist

John The Baptist's Light Goes Out

And yet, you know, John knew less than we do about Christ and his new covenant, even though he was the greatest of the prophets. (1 Peter 1:10-12)

Matthew 11:3 reveals that John wasn't even sure whether Jesus was the one he was to prepare the way for, doubt causing him to send his own disciples to ask of Jesus, "Are you the coming One, or do we look for another?"

But John's commitment went beyond a life mission, it extended into the modus of his death.

John realised that after his mission had been accomplished, after he had blown the bugle announcing the kings imminent approach and then arrival, then John had to step back and take his place behind the king.

For the people to continue to focus on John, after Jesus' arrival, would have defeated the purpose of what John came to do. But in this there was a problem.

In John 5:35, Jesus says concerning John; "He was a burning and shining lamp, and you were willing for a time to rejoice in his light."

As a burning light, John was a great herald of Christ, preparing his way. but when Christ arrived, John's bright light distracted some from Christ's light. and there was only one way to solve this - God had John's light removed.

In Matthew 14:1-12 we read that not even John's personal disciples left John to follow Jesus until John's death.

And John didn't die pleasantly either. He was first imprisoned and then beheaded.

Why Are Those Least in the Kingdom Greater Than John?

He knew neither riches, power, not fame. Nor did he have great knowledge; not even a clear understanding of what he preached. Yet he was willing, at the age of thirty, to give his life for his mission.

This is why John was great. And yet, Jesus said; "Assuredly I say to you, among those born of women, there has not risen one greater than John the Baptist. But he who is least in the kingdom of heaven is greater than John."

And why is that? How can we who are Christians be greater than John?

Could it be because of Jesus.

[Note: as one hubber has dutifully pointed out, this is but my current understanding of things. My reasons for associating Christians with the kingdom of heaven are: a) King of the kingdom is Christ, Colosians 1:13,18), he rules from heaven, and we, as his subjects, are therefore part of the kingdom of heaven also; b) Peter was given the keys to the kingdom (Matt 16:19), which I presently believe was referring to he giving the first gospel sermon on the day of Pentecost following Christ's resurrection (Acts 2:14) in which 3000 souls (v.41) were saved (added to the kingdom); c) Luke 22:29-30 refers to Christ's kingdom and the apostles being part of it, ruling over the church. Happy to hear your comments on this. Life has taught me that I can, and have often, got things wrong]