It was September 10, 2007, When I had my experience in (Live after death) I was an environmental water tech. for a local company. I was working the graveyard shift, For the most part, it was a pretty laid back job. It was all I could do to keep from falling asleep before my shift was over. I was tired all the time, and my acid reflux just kept getting worse, I was having some bad chest pains. When the weekend came I slept almost all of it. Monday I had a Dr. appointment at 1 pm, I woke up around 12:00. I knew something wasn't right So I called my wife at her work and told her to meet me at the Er. I got in the truck and headed for the hospital, it was only 5 miles away, I begin to pray and ask God to help me get there without having a wreck and hurting someone else. When I got there I told the nurse I need a doctor soon, she said I need to fill out the forms, I told her I didn't have the time I need a doctor now. They took me into the ER and gave me 4 baby aspirins and a nitro, I ask Jesus to hold my hand, and I told the nurse I was going and that was it. I was laying down in a totally dark place I couldn't even see a peep of lite. But I was just as alert as I was when I was alive, I never felt so much peace in my life, I can't find the words to describe it, I ask God to please let me see, and I begin to see some little grey people stooped down in front of me, they were small like little 10-year-old kids. I don't know what that means or was, but no sooner then I saw them I woke up, and there were doctors and nurses over top of me strapping me down on a gurney. They were preparing me for a helicopter flight to A more Qualified hospital, to put in some stints in my heart.

God sends his angles to watch over us

I had two totally blocked artery's, I actuality woke up while they were putting the last one in and I could see the wire going through my artery's and heart on the monitor in front of me. I felt an itch on my leg so I reached down to scratch it and I remember the doctor telling me don't touch that, The doctor told me this is going to hurt a little just relax and about that time it felt like someone grabbed my heart and squeezed it for a second. I was put in intensive care, my family was all called in to see me. I was later told that the lower part of my heart was destroyed when I died, and they didn't give much chance to make it through the night, But Jesus had other plans for me, I was home in about 5 days and in two weeks I was driveling my truck. I said a prayer and ask God why He spared me. When I pray I'm like the old time cartoons I have an angel on one shoulder and a devil on the other and I get confused and listen to the wrong voice, always trying to just fie my sins as being ok, I ask God to please talk to me in a way that I would know it was Him.

He said suffer the little ones to come un to me

Well a couple of days later I was coming out of Walmart and the door alarm went off telling me to stop, I don't steal and I wasn't going to stand there and be humiliated, so I kept on walking, as always they were some people on both sides of the door coming and going, I had parked a ways down in the parking lot, I thought the walk would do me some good., About halfway to the truck, I heard a women s voice, sir, sir, sir, so I stopped and reached in my pocket for my receipt, assuming she was a Walmart associate. Then to my surprise, she looked at me and said no not that. I don't want to scare you, but when you walked by me God spoke to me and told me to tell you He loved you and you will prosper and He has a plan for you. I didn't question what she said I felt it in my heart when she told me. I never saw that women before in my life, I told her about my prayer and she told me that she and her husband had been praying that morning she had been feeling week in the Spirit and wanted to feel Gods love. God dose work in mysterious ways doesn't He. I want to thank you for reading my blog and may God touch your heart and bless you each and every day.

Though I walk through the valley of death, I will fear no evil 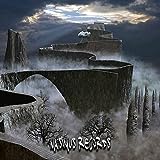