According to Astrology, Mars or Mangal is the planet representing power, strength, courage and aggression. A positive influence of Mars can give us energy, strong will, independence and self confidence. A negative influence of this Planet can mean violence, disaster, conflicts or injury. It also indicates premature death; as with loss of partner, when Mars is afflicted in a condition is known as Mangal Dosha, Kujadosha, Chevvai Dosha or Angaraka Dosha. This affliction of Mars in the 1st, 4th, 7th, 8th, 12th house of a natal chart makes the horoscope to be known as a Manglik horoscope. In Vedic Astrology, the positions of the Sun and Saturn in a horoscope along with Mars have to be considered to determine if the horoscope of the person is Manglik in nature.

A person having the "Manglik Dosh" in horoscope can only get married with a person having the same Dosh. In other words, a Manglik should only marry a person who is a Manglik. The effects of Mangal Dosha vanishes after the age of 32 and there is no harm in getting married after that. Pandits suggests many ways to break the effect of Mangal Dosha before 32 also, such as getting married to a tree (like peepal or banana tree), cow, Shiva linga, silver or golden idol of Lord Maha Vishnu before getting married with a human. If you remember, Bollywood Actress Aishwarya Rai's first 3 marriages were with a Banana tree, Peepal tree and then with the idol of Vishnu before marrying Abhishek Bachchan to remove the compatibility differences. It is another matter that she was slapped with a law suit for false marriage.

Some other remedies for Mars Dosha can be reciting Hanuman Chalisa, doing Mangal Shanti Puja or offering sindoor to Lord Hanuman. I am writing this hub in response to the request received through mail to give details on situations when this dosha gets cancelled. 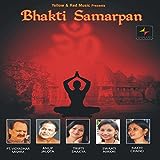 Conditions when Manglik Dosha gets cancelled

Before assuming that your Kundali is Manglik get it verified by an expert Astrologer. There are many situations where the mangal dosha gets cancelled. Given below are some cases where Mars even if it is in 2nd, 12th, 4th, 7th or 8th house the manglik dosha gets cancelled: -

All about Mangal Dosh