There are far more "Doomsday Chronicles" than the ones that are hyped now, featuring Nostradamus or the Mayan Calendar. They mostly regenerate very ancient symbols of religion, myth and magic and they don't forecast necessarily an Apocalypse 2012 scenario. One of the finest examples is Merlin's Doomsday Prophecy... But the good old wizard of the Arthurian legends has left us some other really fascinating End of the World visions too...

The Beguiling of Merlin

According to Wikipedia, Merlin is a legendary figure, best known from his first standard depiction in Geoffrey of Monmouth’s History of the Kings of Britain (Historia Regum Britanniae, 1136-1138). The character would have been based on a number of historical and legendary figures, combining existing stories of the madman Myrddin Wyllt (Merlinus Caledonensis) with tales of a British-Roman war leader, Welsh traditions and historical sources, to form the composite figure of Merlin Ambrosius (Welsh: Myrddin Emrys). About ten years later, Geoffrey also wrote a masterly verse biography of Merlin: Vita Merlini.

On the other hand, the British historian Nikolai Tolstoy states in his book Quest for Merlin that the famous magician was indeed an historical character, living in Scotland at the end of the sixth century. Most likely he was a druid surviving in a pagan enclave, and as such an authentic prophet. The Celtic druid Lailoken may have been the Merlin prototype: he escaped society to live in the forst and gained second sight after he went mad. A poem from around 600 already described a Welsh prophet with the name of Myrddin and the 9th century monk Nennius wrote also about a prophet called Merlin. 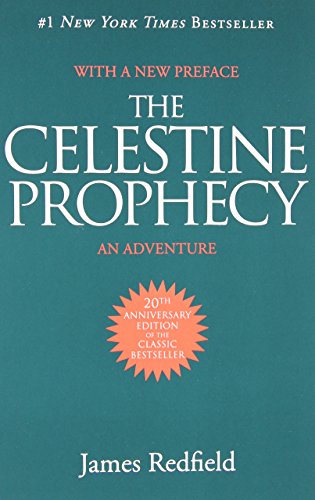 The Prophecies of Merlin

Set in the middle of Geoffrey of Monmouth's History of the Kings of Britainis an enigmatic text, quite different in content and style from the rest of the book, and consisting of two volumes: The Prophecies of Merlin. The first volume reiterates many of the events found in the main historical text, but then flashes forward to describe Britain's future history. The second volume deals also with the future of Britain, but diggs deeper into metaphysical matters to depict the End of the World.

In his books The Prophetic Vision of Merlin, The Mystic Life of Merlin and The Elements of Prophecy, R.J. Stewart states that this second volume reaches into the twenty-first century and that the apocalypse, in which the end of the solar system is described, comes shortly after.

In Geoffrey's book, Merlin is still a youth, when the usurping king Vortigern seeks to sacrifice him to uphold a tottering tower through evil magical arts. "Merlin reveals that under the tower is a cave, and in the cave is a pool, and in the pool two dragons lie sleeping," Stewart recounts. "Vorigern and Merlin descend into the cave and the pool is drained, whereupon the dragons issue forth. Merlin bursts into tears, one of the classic signs of prophetic consciousness breaking through and affecting the body. He then utters the prophecies themselves."

A fusion of energies from beneath the Earth, symbolised by the cavern, the pool and the dragons, arouses the prophetic power; it's the Inner Fire, in Hindu terminology: the Power of Kundalini. This Power of the Serpent (or the Dragon) is an esoteric aspect of the vital energies, often linked to sexual energies.

The Prophecies of Merlin reach from the time of Vortigern, for whom a dismal end is correctly predicted, into the 21st century...

Merlin: The Prophetic Vision and The Mystic Life
Buy Now

Prophecies of the Present Era

Here are some selected prophecies of Merlin, which seem to apply to the present era. After a long line of kings and events, the 19th and 20th century seem to be depicted in this verse:

All these things shall Three Ages see,

till the buried Kings shall be exposed to public view

in the City of London.

The First Age reaches from the 6th to the 11th century, from the Saxon to the Norman period; the Second Age (from the 11th to the 17th century) markes prophecies predicting the united crown with James I of England who was also James VI of Scotland; the Third Age (from the 17th until after the 21th century) seems to predict the present day and the immediate future. The "buried Kings exposed to public view" can relate to the burials in Westminster Abbey, which have become a tourist attraction.

In those days the oaks of the forest shall burn

and acorns grow upon lime trees.

The Severn Sea shall discharge itself through seven mouths

and the river Usk shall burn for seven months.

Fishes shall die in the heat

and from them serpents will be born.

"At present the Severn Estuary (Sea) is the site of nuclear power stations," Stewart notes in his book The Elements of Prophecy, published in 1990, "and it is only too easy to feel that this verse represents some terrible environmental disaster in this context. Since I first examined the Prophecies in the late 1970s, a massive tidal barrage has been designed for the Severn, which would literally discharge its waters through multiple mouths, to turn turbines."

The baths of Bath shall grow cold

and their health giving waters shall engender death.

London shall mourn for the death of twenty thousand

and the river Thames shall be turned to blood.

The monks in their cowls shall be forced to marry

and their cry shall be heard upon the mountains for the Alps.

Between 1979 and 1981 the health-giving hot springs of Bath (where in the Roman-Celtic period the prophetic temples of Sulis Minerva stood) were declared polluted and were the cause of the death of at least one woman. Stewart reserves judgement on the suggestion of a reader of his previous books, that the lines regarding death and the forced marriage of the monastics may be a garbled prediction of the appearance of the Aids virus. This also seems to me far fetched, indeed.

The River Thames shall encompass London

and the fame of this work shall pass beyond the Alps.

The Hedgehog shall hoard his apples within it

and shall make subterranean passages.

At that time shall the stones speak

and the area towards the Gallic coast shall be contracted into a narrow space.

On each bank shall one man hear another

and the soil of the island shall be enlarged.

The secrets of the deep shall be revealed

and Gaul shall tremble for fear.

Stewart: "Present-day London is prevented from being encompassed by the Thames by a complex tidal-barrier scheme, without the city would flood. The hedgehog is a symbol of wealth (...); London is a world centre of commerce and wealth, and is now permeated by a complicated underground tunnels system (...). We certainly have speaking stones, for our entire microchip technology works through such wonders: and a man standing on the shore of Britain can indeed talk directly to a man standing on the shore of France (Gaul), by means of telephone, radio, satellite television and many other devices enabled by speaking stones. A tunnel is being made to bring Britain and France much closer together by rail. We might indeed think that this set of images applies to the late twentieth century..."