Many people have heard of the harvest moon or talk about things happening “once in a blue moon,” but few know where these names come from. The majority of pre-Christian calendars were lunar-based, following the cycles of the moon as a way of keeping time. The changing of the moon was regular and easily recognizable, and thus became a basis for some of the earliest methods of time-keeping and tracking the seasons in cultures world-wide. These cultures also created many stories and myths about the moon and why it changed.

What science was able to tell us later is that this other body of rock is tied to us by gravity, and fluctuations in that pull are what makes our oceans have their tides. But what ancient man was able to see just as we can now, the moon appears to grow larger or smaller in the sky, and it cycles consistently. Those cycles were noted, named and formed the earliest calendar systems. 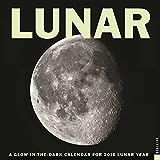 Based on it’s orbit around the Earth in relation to the Sun, the Moon sometimes appears full and round in the sky, sometimes as a thin sliver. These changes are purely visual, depending on how much of the Sun’s light is blocked by the Earth. The terms “waxing” and “waning” are used often with the Moon. Waxing is the phase where a larger and larger area of the Moon is illuminated, waning is when this area is reduced. The term “gibbous” is also used, meaning “more than half but less than fully illuminated” as a way of describing what is seen.

Names of the Full Moons

The tradition of naming the full moons in North America came from the indigenous Native American tribes, who used the moons as a way to mark certain times of hunting, planting or harvesting. This was especially true for the tribes of the Northeastern parts of the United States. European settlers adopted some of these customs and added some of their own traditions. As each lunar orbit is really about 29 days, the full moons shift in their positions within the months a bit from year to year, which is why some months have variable names.

Okay, so what the heck is it with a "blue moon?"

When it comes to "blue moons," there are a variety of definitions. Some sources say it is any second full moon in a month. However, there are those who claim that is inaccurate, and that blue moons are really when a fourth full moon occurs within a season (defined as a three-month time frame). This would mean that some 2nd full moons within a month could be called "blue" but only if they were the fourth one in that season, and sometimes the blue label would fall on a single full moon.