On the way to Uranus

The two rulers of Aquarius

Compared to the Saturn, the other ruler of the sign of Aquarius, the Uranus is probably at the very beginning of its evolutionary development as to the human and the humanity. We can leaf through all the pages of the Saturn history just by looking inside a History book. Barbaric people were unaware of the governmental systems, the borders or the laws - these classical embodiments of the principles of the Saturn. But during several millenniums the mankind has obtained a number of those phenomena: the rulers, the states, the hierarchy, the order, the structure, etc. The inner order has become more complex - this is the law inside us (behavior norms, working regime, etc.)

It looks like the Saturn is completing its work and lets the Uranus come on stage. It is the 11th house that corresponds to the Uranus and the sign of Aquarius, opposite to the 5th house and at the same time its continuation on the same axis. The 5th house is the house of the creativity of a sun type, that is artistic one. It is related to the music, painting, poetry, theater, and so on. The 11th house is also the house of the creativity, only of another kind. On the artistic scale, it is related to the forms of art that have defined their epoch, and also the discoveries of the literature that foresee the inventions related to the scientific and technical progress. What is believed to be classical nowadays at the time it appeared seemed unusual and outstanding, and maybe quirk.

The confirmation of this is the art of Mozart, the Sun Sign Aquarius. The final of his eleventh piano sonata seemed so unusual to his compatriots that they called it “Rondo alia turca” - Turkish style Rondo, although there wasn't a merest hint of the oriental melodies. In fact, the 11th house is related to the scientific, collective, inventive creativity. Law-making institutions relate to it (the Parliament, for example), as well as construction offices, research institutions and so on- the institutions for which the Uranus symbolizes the collective creativity. In the horoscopes of the people who had their first word in the science we can find a very strong Uranus or the Uranus in the 11th house.

The predestination of the Uranus

One of the symbols of the Uranus is the lightning which is at the same time the symbol of electricity. The Uranus represents the biological and electrical potential of the human body. The electricity always has the tendency of escaping outside - accumulating in the clouds, it gives electrical recharges, lightning flashes when the clouds of different polarity collide. It seems to quit the structure it comes from in order to merge with something bigger. This way, the Uranus shows the incarnation of independence, freedom, uniqueness, and sometimes - the difference from the admitted norms. But this is not its real vocation. It’s just the path to the independence that a truly mature personality is able to achieve.

In astrology the Uranus is antipodal to the structure-creating and borders-making Saturn, and is destined to "rip" the rings of the Saturn, to break beyond the limits. We need both functions, but philosophically the Uranus represents a higher level as "ripping" the rings of the Saturn, it brings one on a new stage of development. If the Saturn is weak, and everything that is inside its orbit is not organized in one powerful structure, the energies of the Uranus are useless. All the reforms that it will try to make will be equal to an exploded soap bubble. This is why it is considered that the Uranus only works in the charts of the people with a very high level of consciousness. In all the other cases the Uranus represents a latent psychic potential, that sometimes, more often than not in the situations of the extreme, realizes as the enlightenment, intuition, that help to deal with these situations.

The Uranus marks the creative personalities of the future

Meanwhile, in case of bright creative personalities, the Uranus even in the past was “on” all the time or longer than in case of usual people. For example, for Ludwig Van Beethoven it was in the first house, and his art was not just unusual for the epoch - it was so much in advance of his contemporaries that somehow was not perceived at all. In his most advanced works Beethoven not only was ahead of the romanticism of Schuman and Brahms, avant-gardism of Stravinski and Prokofiev, but also one can hear in his music the notes of expressionism and impressionism, the essays of uniting the sonorities and other complex musical techniques. The images of Beethoven are those of heroism, struggle, rebellion, moral beauty and resistance, true maturity and the independence of spirit.

As the Era of Aquarius is nearing, the Uranus becomes stronger and stronger. Its principle must be developing more and more. What is supposed to be the deviation from the normal frame of behaviour - rare flashes of creativity, enlightenment, some momentary discoveries and unusual creativity - all this must grow, evolve and with time, must become a norm, a kind of thinking, a background. Maybe, the mankind will achieve this by the end of the era of Aquarius, that is, in about 2000 years, or maybe another turn-over of the Earth axes will have to accomplish (in 26000 years). Who knows? But the evolution goes this way. It is worthwhile remembering the science fiction writers who have foreseen so much: the unusually clear thinking of the people of the future, and their communication on the speechless, telepathic level. From the astrological viewpoint, this is how it should be.

The Uranus in different zodiac signs and houses

The Uranus in the 10th house makes one overcome the routine and the stereotypes. If one guides the energy of the Uranus into the science or politics, then in the 10th house it will be brighter than the Sun. Among the possessors of The 10th House Uranus there have been Albert Einstein who has transformed the science of the 20th century and Albert Schweitzer whose humanistic ideas stand out.

The Uranus in the Aquarius sign and in the 11th house is yet to be revealed. Yet, the position of the Uranus in the 10th house shows that this planet gives its owner a bright creative fantasy, scientific experimentation and research. Such is the position of the planet in the natal chart of Johann Sebastian Bach. He not only made a turn-over in the contemporary music. All the music that we know nowadays started with Bach. The work of Bach is rich in the variety of forms and it is perfect both from the artistic and technical viewpoint. No-one has out-shadowed Bach so far.

As the age Aquarius gets closer, the position of the Uranus in the natal charts of people becomes more and more important. The evolution of the Uranus is the development of the humanistic tendencies and ideas, the awareness of the responsibilities of everyone towards oneself and the surrounding world. The principle of the Saturn, learned thoroughly, will provide the humanity with the ferm psychological stem while the limitations of the Saturn will stop being a burden once their relation with the laws of the nature is understood. When the mankind is ready to accept the Uranus, the Saturn will cede naturally.

Alive and Well with Uranus: Transits of Self Awakening
Buy Now 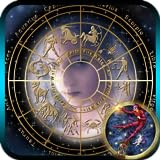