Plato believed that a healthy and virtuous soul is one that functions harmoniously.  He thought of the soul as being divided into three different parts.  Those three parts are reason, spirit, and appetite.  Plato believed in a weakness of will which was a contradiction to his teacher, Socrates.  When we are faced with a difficult choice we clearly encounter each part of our soul.  He identifies the soul as being divided when being challenged to do something we need to do and something that we want to do.  His characterization of the soul sounds a lot like a person’s will and conscience.  The reason part of the soul is the one that tells us to do the right thing, stay on the right path.  The appetite part is the one that tells us to do the thing we want to do and forget about all of the other stuff; do what you want to do because it will make you feel good.  The spirit part of our soul is the one that can never decide what is best for us because it is too concerned about honor.  Plato also identified the human soul with four cardinal virtues.  Those virtues are temperance, courage, wisdom, and justice.  Temperance is self control; the healthy soul is not controlled by appetites.  Courage is necessary to control our fears.  Wisdom happens when the rational part of our soul is healthy and in control.  Justice is then the result of all three working harmoniously. 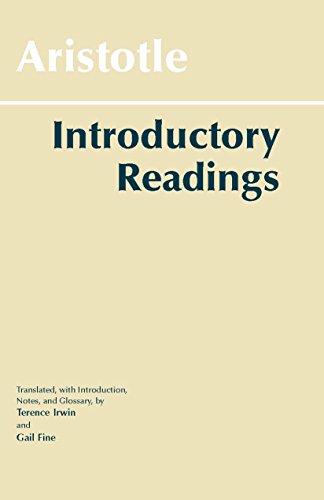 Aristotle’s thoughts about the soul are more closely related to what I believe as the soul of a person.  Aristotle believed that a person’s soul is interconnected to their body.  He stated that a thing cannot affect the body without affecting their soul.  Also a thing cannot affect the soul without affecting the body.  What I got out of his ideas about the soul is that what is good for the body is good for the soul and what is good for the soul is good for the body.  Conversely, what is bad for one is bad for the other.  Aristotle believed that there is no way to the soul except through the bodily organs and there is no way for the soul to act or communicate except bodily.  The most interesting thing I learned here is that scientist of today lent support to the idea that the mind plays a role in altering the course of sickness and disease through laughter and positive though.  I realize that their findings are based on Aristotle’s philosophy on the soul.  Aristotle thought that there were three different kinds of souls found to be a hierarchy.  Soul form one is of the most basic form of soul found in simple life forms.  It is called a vegetative or nutritive soul.  It absorbs matter from other things.  The second type of soul is the level of sensation.  The sensitive or sentient soul registers information regarding the form of things but doesn’t absorb or become those things.  The human soul is the third kind of soul, known as the rational soul.  It involves the nutritive and sensitive souls but also has the ability to analyze things.  It understands various forms of relationships and making reasoned decisions known as deliberation.  Aristotle believed in this hierarchy of souls and based his ethics on it.  Soul one has none of two or three; soul two has one but not three, and soul three has one and two in addition to itself.

My survey of five people and what they believe the nature of the soul is.

2.)  The second person I surveyed thinks the same as Aristotle but is not sure about single celled organisms having a soul; she also doesn’t like the idea that other simple life forms have a soul.

3.)  The third person I surveyed thinks that our soul is the thing that makes us try to be better people.  It tells us that we should be nicer to other people and that it is a hierarchy like Aristotle taught.

4.)  The fourth person agreed more with Plato than with Aristotle but thought that maybe both of them were right.  He thinks that Plato was more on the money with the soul being our moral guide and telling us what to do, but he also agreed that Aristotle was right by saying that our soul is connected to our bodies that what we do effects our soul.

5.)  The fifth person I surveyed said she agrees with Plato.  Our soul is the thing that tells us right from wrong and what we need to do to live a virtuous life.  She thought it was foolish what Aristotle said about the soul.  How can a cheeseburger which is bad for our bodies be bad for our soul?

Which famous philosopher from above do you agree with?