On a recent holiday I stayed briefly in a small provincial town where I stumbled upon a woman who had converted to Islam. We met on a matter of accommodation/business but ended up talking about religion for some minutes before her son called her for dinner. At our parting she spoke the GREATEST FALLACY that shapes [so-called] Islamic theology. I had planned to write this Hub for some while. Here was the impetus I required.

THE JEWISH VERSION OF EVENTS AT GOLGOTHA.

WHAT REALLY HAPPENED AT GOLGOTHA?

According to the Quranic Arabic Corpus (Leeds University)http://corpus.quran.com/wordbyword.jsp?chapter=4&verse=157 the pure word of God states by transliteration:

"and for their saying indeed we killed the Messiah Yeshua son Miriam messanger Allah and not they killed him and not they crucified him but it was made to appear to them and indeed those who differ in it surely in doubt about it not for them about it of knowledge except following assumption and not they killed him certainly (157) nay he was raised Allah towards him and is Allah All-Mighty All-Wise (158)."

Yet there is definitely one instance where translators have added words that are not part of this Surah. Truth, they have differentiated between the Qur'an and their Islamic theology by inserting brackets in places, although not in all places. The Law Of Moses; Torah, that is what the Messiah followed and taught. Furthermore, in the manner of Torah (Deut. 4:2, 12:32), Proverbs (30:6) and Revelation (22:18) confirm you must not add or subtract from God's Law or prophetic word.

This version of an English translation, which adds an additional him appears to be what the unwitting female convert to Islam was quoting to me as she departed. She was under the impression that this is actually what the Qur'an says. The differences are subtle but extremely important in this instance.

The Qur'an says that Jesus, Messiah and Son Of Mary, Messanger Of God, peace and blessings be upon them, was not killed by the hands of men, nor did they crucify him. The situation that was witnessed by soldiers and Jews, as recorded in the Gospels, made things appear that way; as though he was crucified or killed by other means at their hands. Then the Qur'an/Allah addresses the Jews and Netzerim (Christians) who follow assumptions of falsehood and ignorance. The Orthodox/Rabbinical Jews say in their Talmudic literature that they killed Jesus, [their] Yeshu, who was misleading the people. The Netzerim say Yeshua was killed by the Jews through crucifixion, a gross technical error. However, the Netzerim do retain the teaching that Yeshua appeared after Golgotha, quite alive. The succeeding verse concludes, implying that Allah knows better than man the relevant facts and related law. The Qur'an states specifically, in confirmation of The Gospel Of Luke, that Yeshua was raised to God.

"And when Jesus had cried with a loud voice, he said, Father, into thy hands I commend my spirit: and having said thus he gave up the ghost [expired]." (Luke 23:46).

This is a rare and precious moment in the Qur'an where a specific Gospel verse is cited, in confirmation of verse 158. The Qur'an does not say another man was crucified in place of Yeshua and it appeared as though he was the Messiah. Nor is the Qur'an denying that his body appeared lifeless and instead of having his legs broken to complete the crucifixion process (an incomplete crucifixion is not a crucifixion!), as happened to two victims beside him (John 19:32-33), he was impaled by a Roman spear that caused blood and water to gush forth (Luke 2:35, John 19:34, 1John5:6-8). This matter points to agreement between the Gospels and Qur'an. 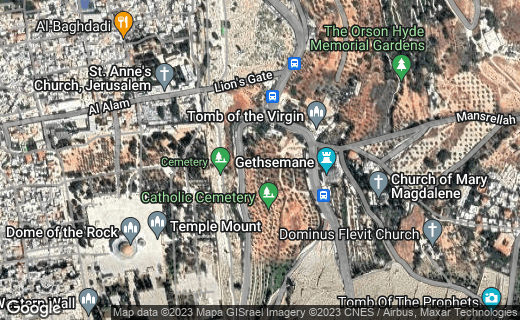 THE TECHNICAL TRUTHS BEHIND ISLAMIC, JEWISH & CHRISTIAN THEOLOGY IN REGARD TO THE MESSIAH AT GOLGOTHA.

Probably the best way to consider how the three key religions of Jehovah-God, יהוה-אלוהים, have gone astray is through obtaining definitions that clearly define succinct terms. The most critical single term in the fourth Surah of the Qur'an is they crucified him/qataluhu. If we are to have any hope of understanding Allah then crucifixion must be understood. A problem instantly arises. Is this a Roman/pagan crucifixion or a Torah based crucifixion? Although the only reliable accounts we have stem from the canonical Gospels, they are relatively consistent witnesses, there is no reason to seriously doubt that the event took place on the eve of a Great Sabbath as the Greek text describes the event, but technically an Appointed-Time, a holy day, and not a Sabbath. This means that the Jewish Sanhedrin would have every reason to uphold the Torah rather than permit an execution that was prolonged. This duration shortened crucifixion methodology necessitates interference to facilitate a swifter death before mid-afternoon, although probably not before midday. This form of execution will then satisfy the requirements of Deuteronomy21:22-23 which stipulate the body must not remain hung overnight. This makes the crucifixion method very different to that employed by the Pharaoh against his chief magicians (S7:124). The Torah stipulation regarding execution means that if Yeshua is the Messiah then he could not have been crucified.

Christianity, the parallel religion to the Jewish Netzerim, tries to deny the Torah, it is, on one hand, the only way they see around the crucifixion dilemma. For their theology goes back to the witness borne by the original apostles. With this witness comes a dilapidated interpretation of the Mosaic Festivals, something that was directly alluded to in the Qur'an; the Autumn Festivals, but never overtly stated. If the Christian Messiah did not anoint the Holy Of Holies (Daniel9:24) and he was not cut off after a year of his ministry (Daniel9:26) then the Messiah he is not. How is this matter to be reconciled?

Truth, the Messiah was in a predicament at Golgotha, having been lashed and abused by the Roman soldiers on behalf of the High Priest; Caiaphas, and King Herod amongst others. The kingdom of Judah had, by this time, lost the privilege of being able to decree [public] executions. The power was with the Roman governor. All accounts, from any canonical Gospel version known, make it explicitly clear Messiah was impaled on a wooden stake, but he was not killed by crucifixion. Two Jews were impaled beside the Messiah. The chief and only independent canonical Gospel, by a key witness (John19:26-27), states these men were crucified to death when their legs were broken (John19:31-33). The Messiah's body did not undergo this final phase, the fulfilment of crucifixion. His soul was already taken to Allah (Luke23:46), astounding Governor Pilate (Mark15:44). Hence the canon is in agreement that Yeshua's soul was taken early (Matt.27:50, John19:30) so he would not be killed in crucifixion. This is a legal technicality but that is precisely what wins a difficult contemporary court case from time to time. Jews say Jesus was not the Messiah, Christians say he was crucified, Islam believes he had a willing replacement and the blind lead the blind to the ditch of no return.

What does Allah say?

The word for take you, in the Arabic, refers to taking someone in death, and this form, an active participle (form V), is only used once, whereas the verb (form V), to pass away in death, is used multiple times. From all these verses we learn that Yeshua must die, but in a unique way, and he is taken from a group of disbelievers who clearly have something to do with his demise. This is not the picture of a reigning messiah who returns to vanquish the prophetic Goliath, the rising Beast, anti-messiah (S2:249-251, 27:82, Ps.110).

In the Qur'an, Allah makes it readily apparent that mankind could have adopted one religion but they continued to differ despite great signs and wonders like the great flood of the first age. Unless the Qur'an in its pure form is adopted as a proof-text then Christianity and Judaism will never progress. The same is true in reverse. The Qur'an states:

Is Allah saying that the sign of the virgin birth is the only sign? Yet that was a sign that was never publicly witnessed by any account. This has always been regarded as a controversy amongst all other faiths, although it is a very great and unique sign. Yet the Qur'an points to other signs, the Infancy Gospel of Thomas begins with a story of Yeshua as a boy fashioning birds from mud and subsequently bringing them to life with a clap and a word (cf. S3:49). Other signs are written for him, raising dead persons, which could imply Lazarus amongst others, and curing lepers, as God allows, and giving information on domestic stores which could not be known by an outsider. The most peculiar sign the Messiah spoke of in the canonical Gospels was the sign of Jonah. Three days and nights before Jonah was given a fresh beginning. Yet where does the term "Mercy" come in? Many prophets came and went but this matter seems unique. Something undeniably changed after Jesus' 70 week ministry. The sacrifices in the Herodian Temple were no longer accepted according to the Jewish literature. For example, during the last 40 years of the Yom Kippur (Israelite congregational) sacrifice (Lev. 16:7-10, 15, 18, 20-22, 26-28), the lot came up on different sides for the goats and the ribbon on the (gold/red ribbon) goat would fail to change its colour white (Bab. Talmud, Yoma 39b). The Temple and Jerusalem fell 40 years later (Messiah age 30+40yrs=70 yrs as per Daniel's prophecy). No prophet came again in Judaism. The Followers Of The Way preached the story of the Gospel, a message of partial fulfilment of Daniel's prophecy and partial fulfilment of the Mosaic Law in terms of the Spring Festivals. Unless the Messiah was cut off as Jonah was "cut off" from the land of the living then Yeshua ben Miriam was not the Messiah and the Qur'an makes false claims.

The Most Controversial Event In History?

The Holy Qur'an, most blessed and the only certain, pure example of all written spiritual works, devotes an entire Surah, with some concluding remarks/midrash to the story of Jacob's most blessed son; Joseph. The story closely parallels the conventional account given in Beresheit/Genesis. It gives some additional details, and omits others.

"Or were you witnesses when came to Jacob's death when he said to his sons, 'What will you worship after me?', they said, 'We will worship your God and God your forefathers; Abraham, Ishmael and Isaac; God One and we to Him are submitting.'?

This; a community/nation which has passed away, for it what it earned, and for you what you have earned. And not you will be asked about what they used to do."

Allah has defined the sons of Jacob as a nation amongst the lesser nations afflicted by polytheism. By the end of Surah Yusuf He challenges the sons of Adam to comprehend the lessons of the Qur'an (S12:111). There is a particular lesson in Yusuf that has been declared through Christian theology. It is hinted at in the Qur'an;

"Certainly were in Yusuf and his brothers signs for those who ask." - Surah Yusuf 12:7.

In other words this brief history has to be seen in an esoteric manner as a parable and only by means of external sources may it be fully understood.

Joseph Being Flung Into The Pit By The Sons Of Jacob/Israel.

DOES ISLAMIC THEOLOGY STAY TRUE TO THE QUR'AN?

Did the Messiah's body meet a death blow from a Roman spear at Golgotha some time after his soul separated?