Redefining Atheism - What It Is And What It's Not

Since many people tend to muddle up the terms that they use to discuss atheism, it would be prudent to re-define it one more time. Atheism is the lack of belief in a deity. It is not a religion or an assertion in anything. It is a default position in much the same way as you wouldn't believe in rediculunobtanium by default, which is an element I just made up now. If I told you that element existed, you would have to decide whether to believe me (which would add to your belief system) or to not believe me (which would change absolutely nothing from before I made my claim). Babies are an example of atheists because they are unaware of God and therefore cannot form an opinion. There are those who would argue this point but based on everything we know about the natural world, it's reasonable to say this is a true statement.

Quite often, the definition of atheism is disputed by theists so that they can attach a burden of proof to the atheist's position. They say atheism is a positive claim that a god doesn't exist, therefore requiring proof. This is simply incorrect and stems from the misconception that atheists are making a claim or have an opinion to defend. While it is true that many atheists see the supernatural as highly unlikely and will go so far as to say that supernatural entities like God, don't exist, this is separate from their atheism altogether and comes from their belief that belief in a deity is not REASONABLE. Their atheism says nothing more than, they haven't "changed" their belief system to conform with the claim of God, made by a theist. This does not require proving non-existence or even thinking non-existence. Any hint of a bias towards the position that a god does not exist, has nothing to do with atheism and has everything to do with whether that person's current knowledge supports the premise that theistic claims are reasonable. So what is reasonable?

If a square has no corners, that's illogical and impossible. It's false. If a plant has feelings, that's neither illogical nor impossible but it is unreasonable. It's unreasonable because, while we may not be able to disprove the hypothesis, everything we know about plants suggests that they do not have feelings and we are able to survive as a species because we act based on justified true beliefs like that. We act based on what is reasonable. Back to the question of God, if an atheist has no opinion or interest in thinking about God whatsoever or refuses to form an opinion on the matter, he is still an atheist because he lacks belief and nothing is any different for him than it was when he was born. If, aside from lacking belief he holds the opinion that a god is unreasonable, again, his atheism has not changed or become invalid. He merely believes the available evidence does not support or contradicts the theistic claim.

Theism is so prevalent in today's society and has been so for such a long time that it SEEMS as though atheism is a movement, cult or ideology meant to counter the notion of God. It is none of these. It's important to not allow history, emotion or ignorance to distort the meaning of the word atheism. If a group of people suddenly arose who all believed in invisible pink unicorns and for 2000 years they continued to believe in them and convert many non-believers until the population consisted mostly of believers, there would undoubtedly be A-UNICORN-ISTS by necessity, not because certain people were determined to debunk the assertion that they do exist but simply because anyone who was not yet converted would be an aunicornist by default. Further they would not be expected to disprove the unicorns. Allow me to paint a picture to illustrate.

There are an INFINITE number of creative, ficticious constructs that someone can come up with in their head: flying napkins, goblins living on Pluto, talking spaghetti, psychic green ooze... you can literally think up an infinite number of nonsensical ideas without limit. If every time you came up with an idea like this and demanded that someone else who doesn't believe, disprove it, the human race would go extinct because we would have no time at all to do anything that mattered. Everyone would be burdened with disproving every arbitrary thing that came out of someone else's mouth. Instead, the claimant is expected to provide positive evidence because that is a far more constructive use of a finite amount of time on a finite set of provable hypotheses. And this is how the world has always worked. How juvinile and petty would a scientist be to concoct a new type of science and then ask his peers to do all the work of disproving something they just heard of for the first time, before they've even decided it's worth pursuing? Every scientist, every doctor, every inventor will prove their own hypothesis to themselves first, to satisfy their own skepticism before they subject other skeptics to their work. Einstein developed his theory of relativity to his own satisfaction before he offered it as an alternative to classical physics. He did this so that the theory was complete enough to make predictions, be tested and repeated, be peer reviewed and be debunked if that's what it took. Claimants providing evidence is also reasonable because it is required for beliefs to be established and for truths to ultimately form from beliefs. A presupposition that a claim is true is unreasonable unless it is one of the most basic presuppositions that we are forced to make in order to get on with our lives (ie. Do I exist or am I someone else's dream?). Therefore we don't make presuppositions. We make hypotheses and offer positive evidence so that other rational thinkers have something to scrutinize. Without any substance, how is one to determine the truth of a claim? 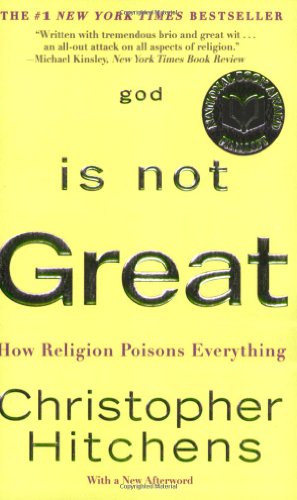 There are purely logical statements that require no physical evidence. For example, "All integers are real numbers. Four is an integer. Therefore 4 is a real number." Some theists claim that logical arguments can be constructed for the existence of a deity and offer this as conclusive evidence that one exists. While it is possible to construct such an argument, which obeys the rules of logic, it is also possible to do so with an infinite number of arbitrary constructs, similar to those I provided as examples above (invisible pink unicorns, etc.). Such logical arguments are not sufficient if the claim is not reasonable. If for example, the claim is not illogical but it violates every law of physics we know of, then it is unreasonable to say that it exists. It COULD exist but it would be irrational to take that position because the claim does not conform to our current understanding of reality.

Hopefully I have shed some light on what an atheist is and is not. I've also attempted to explain the difference between an atheist and an atheist who asserts that theistic claims are unreasonable. The latter is not a hybrid but the same atheist with an additional claim (that theistic claims are unreasonable), requiring proof. However to prove something is unreasonable is far easier a task than proving non-existence so it's important to understand the distinction and it's important to understand that the burden of proof would be unrelated to that person's lack of belief in a deity. It would be fully sufficient for him to simply prove that a deity is unreasonable.

Do you belief that atheism is a form of belief or a necessary state in the presence of theism?