There have been many good movies made about the possibility of Robots or of just machines taking over and destroying humanity. Some examples that come to my mind are 'Artificial Intelligence', 'I Robot', 'Short Circuit' and 'Battlestar Galactica'. They all share the theme of man made machines doing things humanity did not intend. Things that scare us and take away our control over things we create. I believe that it is just a matter of time before we see some of these creations first hand. In fact the Japanese have already had a pretty good start in the field of humanoid robotics. Robots now a days are as common as cars. Robots are replacing factory workers world wide in the production of cars. These robots don't look human and they are very simple machines when compared to a human, but each new generation of robot gets slightly more complex. Eventually I think we will have robotic replacement limbs, parts for injured people and for people born with genetic birth defects, much like the technology in the 'Star Wars' sagas. Which in turn leads my mind to the thought of the human soul...

Johnny 5: did he have a soul, or was it just good programming or mimicry. How much of a human body can be replaced before the body becomes a robot and is no longer a human body? We replaced the human heart, but they are still considered human. What if it is a heart, a lung, two kidneys and both legs? Would they still be considered human? For me the answer is yes, they would be and are still human. Do they retain their soul? Does replacing the heart take away the soul? Of course not. I believe the soul would remain even if the entire body were replaced. I believe that the identification of a "body" that has a soul, is intuitive, that you "feel" it... that is the feeling of touching souls. I believe that GOD has the ability to place a soul in any vessel God desires, so yes it is possible to have a "machine" with a soul, the human body is after all a "machine" made by God.

What about 'nanites'? Nanites a microscopic parasitic robot that feeds off of the waste generated by the body and supplies the body with perfect physical health. Nanites are the microscopic machines(robots) that in other text I describe as the key to immortality for the 'Angels and Demons'. I don't think humanity is that far away from being able to create 'nanites'. Nanites would be programmed to maintain the body at a cellular level, feed off of viruses and germs maintaining the body in peak condition. Would the fact that we have 10 million of them flowing through our veins mean that we were no longer human? What if we had them and had a heart, our kidney and both legs replaced with machine parts(artificial parts)... Would that make us lose our humanity? Lose our soul?

What if it were possible to place our human brain (our intellect) into a machine(robot) body... What if all that was left of our human body was grafted skin tissue and the rest was nanites and machine parts? Would we still be human and if so would we retain our soul in the new metal body?

I believe that yes, the transference of the soul is possible, souls by definition are eternal. There are many religions that believe in an afterlife of the soul, and that the soul comes back in other bodies (reincarnation). The human body can be improved upon, fixed and eventually maybe we will all be walking around inside terminator type bodies, if we can set up the 'nanites' to protect and regenerate our flesh cells, then we wouldn't age (if aging is the copying of copies and the degradation that results) we would be constantly making copies of the original and hopefully that would stop the aging process... Perhaps nanites and replaceable machine parts are the key to human immortality. Perhaps that is the path humanity will take. If humanity decides that this course is the correct one and I'm sure some will, we must be very careful, computers are inherently "enslavable", so if we "meld" our free brains, with a computer's artificial intelligence we would have to make 100% sure that we, "the melded" would not be psychologically enslavable. Free will is and always will be one of God's greatest gifts/curses for humanity. 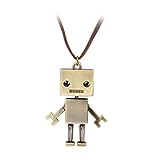 Would the decision to become an eternal being, living out lifetime after lifetime in a robot body be an easy one? Not for me it wouldn't. I suspect there will be those that choose to die in a human body and to some of these people anyone choosing to try a 'new' body will be an abomination. I'm sure we will be told to even consider such a thing is an unforgivable evil. That had God wanted us inside 'robot' bodies God would have made us that way. Which brings me back to my earlier question... How do we know when to stop? How many upgrades, or replacement parts can we use before we become an abomination? When does technology become evil, instead of a blessing given to us from God through our technological advancement? A heart one lung one kidney one leg but that is the limit? Or is it two legs both kidneys, the liver and only one eye? Maybe it comes down to just the brain... Replacement of everything but the brain. Then doesn't that make humanity just the brain? What if we can 'download' our personality from the organic computer(brain) to a synthetic computer... would that be alright? Wouldn't we then retain our humanity and our soul in the new 'Terminator' style body?

I wish I had all the answers to these questions, but the truth is I don't. I have my opinions but they are as unfounded as my belief in God. Personally I think sooner or later we (humanity) will be making these exact kind of choices. I hope I'm still around when the technology gets here. I for one would give it a try, but that's me...